Police report shows 'dark and frightening' side of Michael Jackson 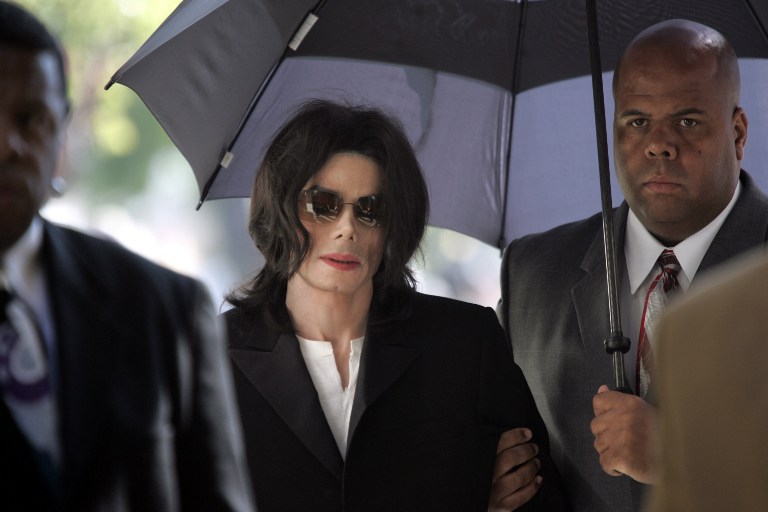 Jackson was acquitted in 2005 of child molestation following a 14-week trial, and the report published on Tuesday by the celebrity and gossip website Radar Online was related to evidence submitted in that case.

The police report states that though the documents were not considered illegal, "this type of material can be used as part of a &39;grooming&39; process by which people (those seeking to molest children) are able to lower the inhibitions of their intended victims and facilitate the molestation of said victims".

The Santa Barbara County Sheriff&39;s Department said it had not publicly released the documents, which had been submitted to the prosecution and the defence during the 2005 trial.

"The sheriff&39;s office did not release any of the documents and/or photographs to the media."

Some of the material seized during the raid shows pictures of nude young adults, children&39;s faces on adult bodies, as well as images of animal and child torture, Radar Online said, citing an investigator in the case.

"The documents collected by the Santa Barbara County Sheriff&39;s Department paint a dark and frightening picture of Jackson", the unidentified investigator is quoted as saying.

"The documents exposed Jackson as a manipulative, drug-and-sex-crazed predator who used blood, gore, sexually explicit images of animal sacrifice and perverse adult sex acts to bend children to his will."

During the King of Pop&39;s trial for child molestation a jury heard lurid testimony about his life and relationships with young boys.

He was charged after Gavin Arvizo, a 13-year-old boy Jackson had befriended, came forward.

Jackson&39;s estate lashed out at the celebrity website&39;s article, saying it was clearly timed to coincide with the seventh anniversary of his death on Saturday, 25June.

"Those who continue to shamelessly exploit Michael via sleazy internet &39;click bait&39; ignore that he was acquitted by a jury in 2005 on every one of the 14 salacious charges brought against him in a failed witch hunt," a statement said.

"Michael remains just as innocent of these smears in death as he was in life, even though he isn&39;t here to defend himself. Enough is enough,"

Jackson&39;s nephew Taj Jackson also denounced the report: "Not only is there absolutely no truth to this story whatsoever, but I&39;m truly sick of this c***. getalife and stop living off ours," he said in a tweet.