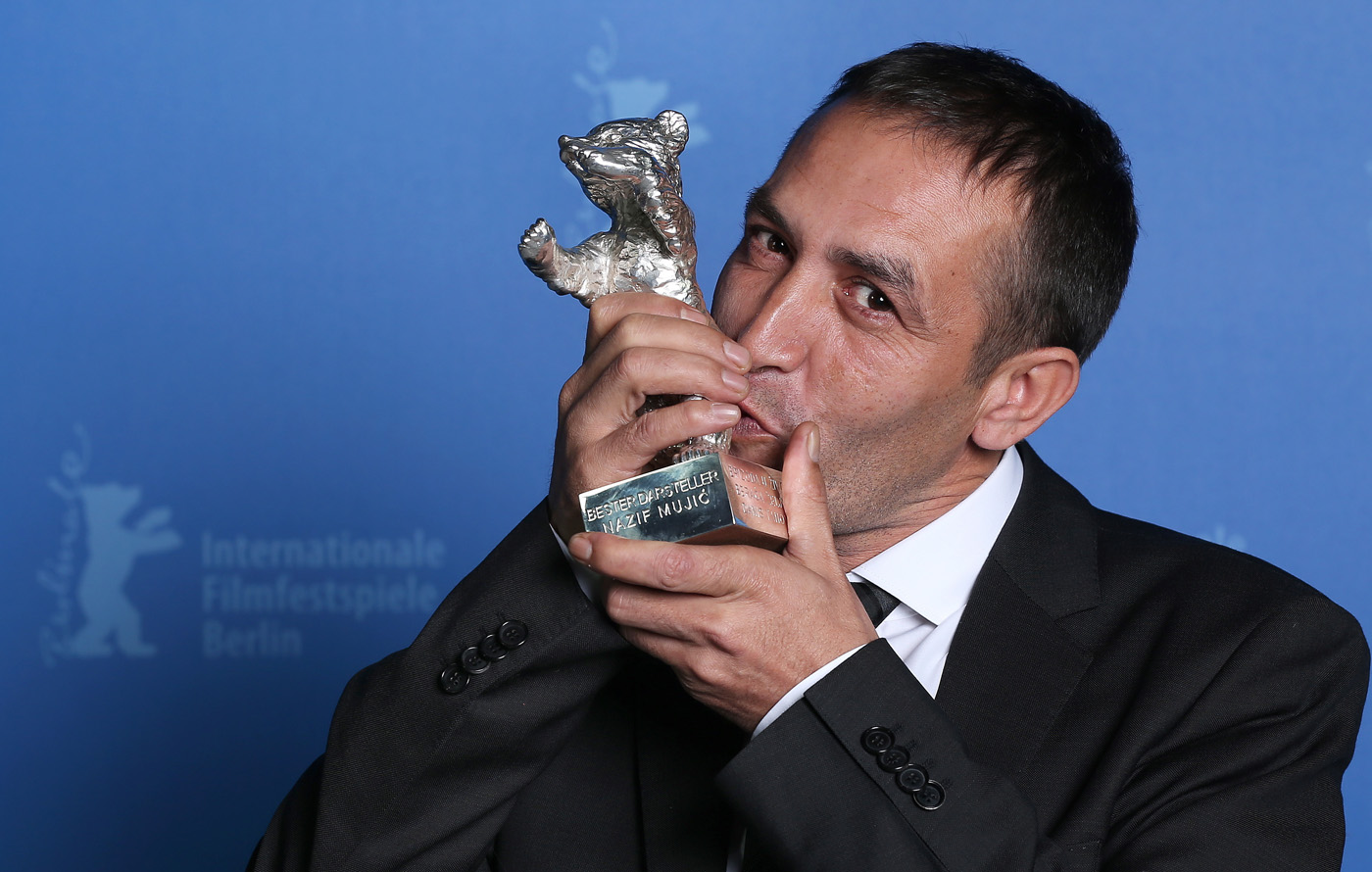 Bosnian actor Nazif Mujic poses with his Silver Bear award for Best Actor for his performance in the film 'An Episode in the Life of an Iron Picker' at the Berlin International Film Festival on February 13, 2013.

SARAJEVO – A Bosnian Roma actor who won a Silver Bear acting award at the Berlin film festival in 2013 says he has sold his trophy because he could no longer feed his family.

Nazif Mujic, 47, was the toast of Bosnia when he won the award for playing himself in the movie An Episode in the Life of an Iron Picker.

The film, which tells the true story of Mujic's fight for medical treatment for his wife after she suffered a miscarriage, also won the Jury Grand Prix at the Berlin festival.

But the success did not translate into wealth for Mujic, who returned to his old job gathering scrap metal for a few euros a day, and now he has been forced to part with his Silver Bear.

"First I sold an old car, then some personal items, and then it was the bear's turn," Mujic told AFP by telephone from his isolated and poverty-stricken hamlet of Svatovac in northern Bosnia.

He said the decision to sell the trophy was "very difficult" but "my children had eaten almost nothing for three days".

Cosic said he would offer the bear to a museum.

"I am not a collector and I bought the statuette mainly to help Nazif. He is a sick man who cannot work and must feed his three children," he said.

Despite returning to a hero's welcome after the festival, Mujic quickly fell back into anonymity and poverty and had an application for asylum in German rejected in 2014.

He has been on insulin for diabetes for three years and says his family still gets by on his scrap collection, for which he earns six or seven marks (around €3,50) a day.

With the money from the trophy Mujic has been able to pay off debts he owed for electricity and groceries.

He has also bought a bus ticket for this year's Berlin film festival in February, saying he wants to tell the story of his family since winning the award.

He also plans to make a new asylum application in Germany.

"I hope that it will be accepted. I just want my children to live a normal life," he said.

Up to 75,000 Roma live in Bosnia, but according to the local NGO Atlantic Initiative only five percent of them have official employment.