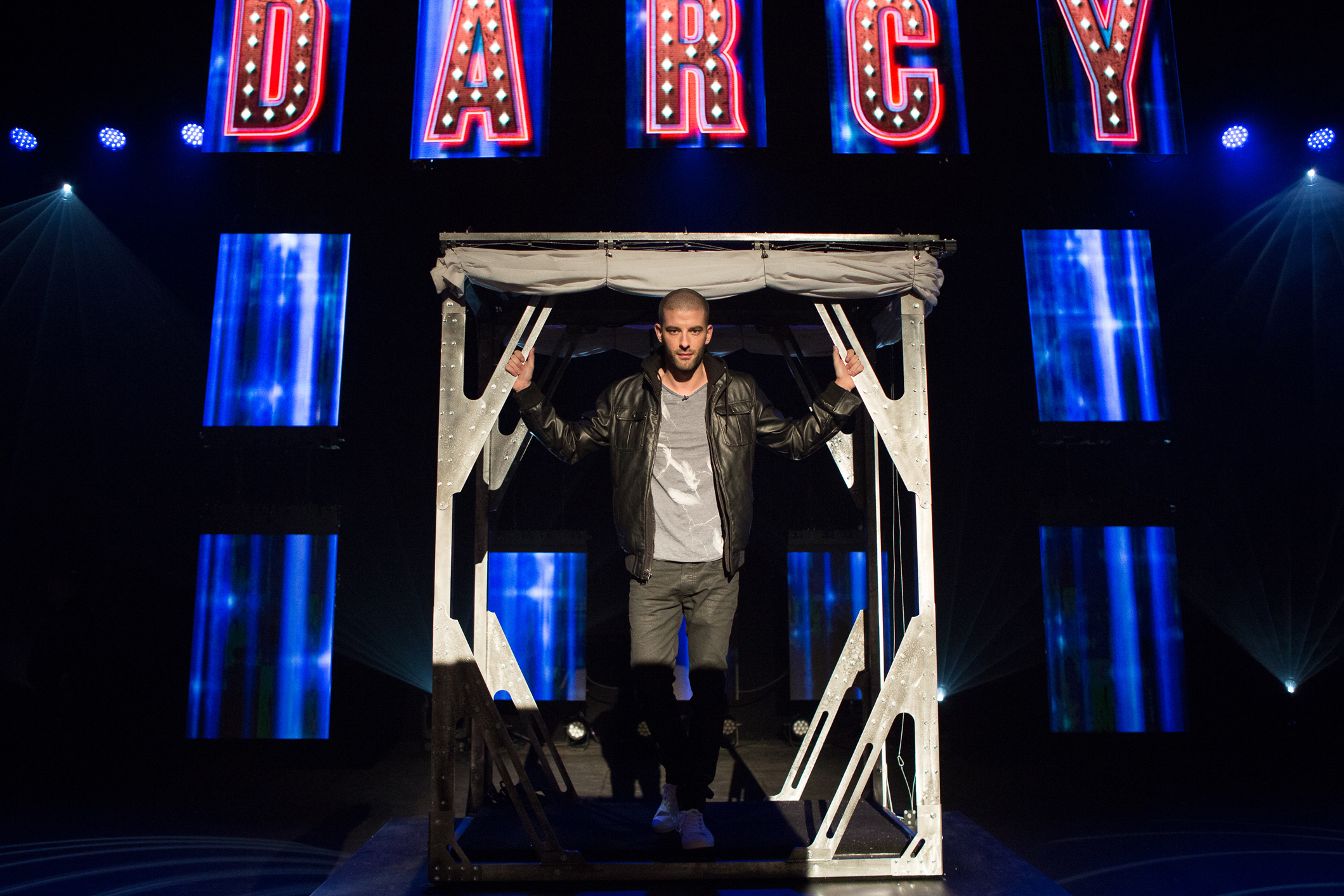 The Grand Illustionist, Darcy Oake, specialises in sleight of hand and disappearing acts.

JOHANNESBURG – They’ve been called the Cirque de Soleil of magic, and astonish you they will.

Straight from Broadway, The Illusionists is a show that brings the art of magic to live audiences, proving that their sophisticated deceptions are not mere tricks of a camera.

The group of seven award-winning magicians and daredevils is currently touring South Africa.

While some of the acts aren’t new, there is a big difference between watching a woman being cut in half on television and seeing it with your own eyes.

The Escapologist, Krendl, performs Houdini’s most famous act – the water torture chamber, which is no trick. The performer is handcuffed and his feet locked in stocks. He is then suspended upside down and completely submerged in a glass case filled with water. The case is then padlocked. The only way to get out is to find a paper clip that is lying somewhere on the bottom of the cell. Houdini did this act behind a curtain, supposedly so that his audience would not be subjected to the horror in case he drowned.

One of the most fun acts, is The Mentalist, Chris Cox. The Brit infuses sharp wit into his performance as he astonishingly manages to read the minds of audience members. What random image are you thinking about? He&39;ll tell you. Touch the person next to you, and he&39;ll tell you their name and what their favourite song is.

The best act, however, is that of The Manipulator, Den Den. The Japanese performer’s graceful card trickery is wondrous and mesmerising, more art than artifice.

The show dedicates an entire act to involving small children from the audience, with the young ones’ spontaneity resulting in a hilarious and endearing performance.

The Illusionists transports adults back to their childhood, to a time when every wonder didn&39;t have to be explained by logic.

The show is one of few that truly is for everyone: a magic carpet ride of mind-blowing entertainment, fun and astonishment.

- The Illusionists is on at Monte Casino&39;s Teatro from February 14 to March 11.