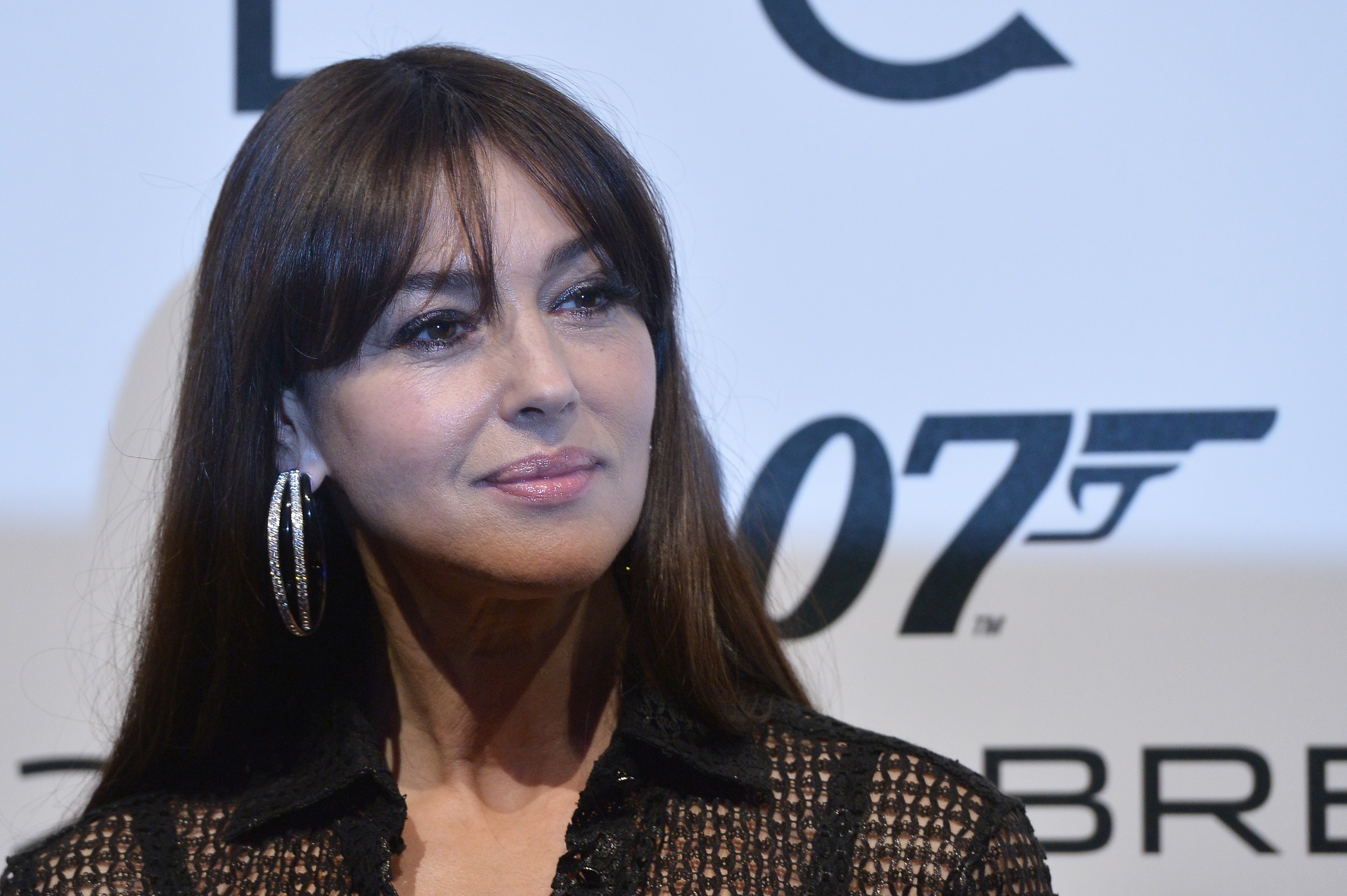 Monica Bellucci, the oldest Bond girl ever at 50, said she had learned to accept "seeing my face change" but she was not adverse to a little help from Photoshop.

PARIS - Actress Monica Bellucci reopened the heated debate on the airbrushing of stars' photographs on Wednesday by declaring, "Thank heavens for retouching."

The Italian beauty, the oldest Bond girl ever at 50 in "Spectre", told AFP that she had learned to accept "seeing my face change" but she was not adverse to a little help from Photoshop.

She said she was glad that magazines were airbrushing less than in the past and that the public was learning to love stars' little "imperfections".

Even so "I say thank heavens for retouching. It's airbrushing that saves us," she declared.

The actress, now 52, said when she watched her latest film, Emir Kusturica's "On the Milky Road", she noticed that she had "lines around my eyes and everywhere. Ten years ago I didn't have them. I see how I have changed on screen.

"That said, I look at myself with compassion," she added.

"Being seen as a mature woman doesn't bother me. You have to be like that. Maybe in 10 years I will be monstrous and I might change my mind because I have too many wrinkles.

The former model, whose new book of interviews "Rencontres clandestines" (Secret Meetings) is published Wednesday in France, also said people should not look down on women who have had cosmetic surgery.

"When I see mature women who haven't been redone I don't say, 'She should get her face lifted.' I think to myself, 'She is very lovely like that.'

"However, when you see someone who has had work and who is beautiful with it, I say to myself, 'She did the right thing'," she added.

"You have to do what is good for you," said the actress, who will be master of ceremonies at the Cannes film festival later this month.

"Plastic surgery is there. If it makes you happy, why not do it?"

Bellucci said she felt "a big change was under way" with retouching and the way we see older women, which cheered her.

Feminists have long argued that airbrushing contributes to self-image problems, helping to set impossible standards women cannot live up to.

However, the practice has become widespread on social media even as celebrity magazines are regularly attacked for making stars look too perfect.

"They retouch photos because we have become accustomed to a kind of plasticated image," she said.

"But we should sense the skin, the little faults. We are getting more and more used to not looking as these little faults as imperfections."

The Cannes film festival sparked an outcry last month for airbrushing the thighs of Claudia Cardinale in a vintage image of the veteran Italian actress it used for this year's poster.

While the French media and some feminist groups poured scorn on the festival, Bellucci said: "The important thing was that Claudia Cardinale was happy with it".

Last month US reality television star Kim Kardashian reportedly lost 100,000 of her near 100 million followers on social media when unairbrushed pictures of her famous behind were posted online.