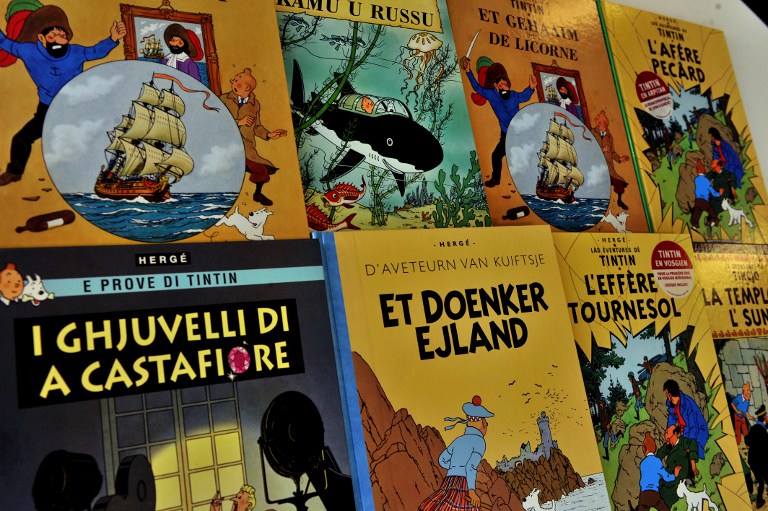 A picture taken on January 24, 2014 shows covers of comics series Tintin translated in several languages at the Casterman publisher headquarters in Brussels.

PARIS - The orginal artwork for the last two pages of the Tintin comic book "King Ottokar&39;s Sceptre" sold for a total of 1.046 million euros at auction Saturday in Paris.

"This is only the second time a Tintin plate has exceeded a million euros," Eric Leroy, comic book expert at French auction house Artcurial, told AFP.

A double page plate also from "King Ottokar&39;s Sceptre" sold for more than 1.5 million euros at Sotheby&39;s in Paris in October.

"Over a million euros, this is an excellent result," said Leroy.

The work in blue watercolor, gouache and ink was bought on the phone "by a European collector, a long-time fan", said Leroy.

Published in 1939, "King Ottokar&39;s Sceptre" is the eighth instalment of the adventures of the intrepid boy reporter by the Belgian artist Herge.

Intended by Herge as criticism of Nazi Germany, Tintin helps thwart a plot to overthrow the king of a fictional Central European country which is threatened by an aggressive neighbour.