Tintin set to go under the hammer at Paris auctions 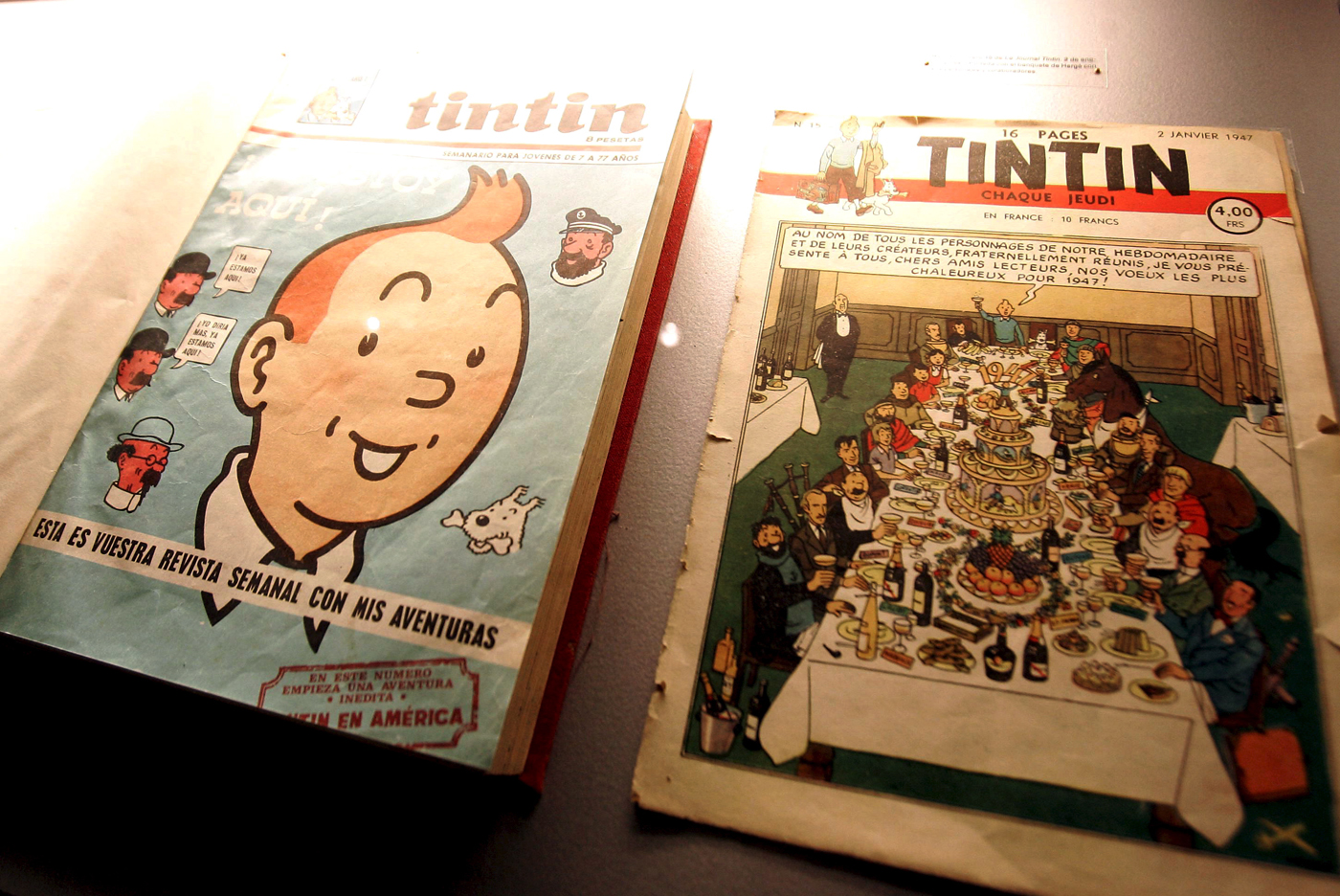 File: The covers of two of the first editions of the comic 'Tintin' shown as part of the exhibit 'Tintin in the Herge's World. Jordi Tarda's Collection', at the Carlos Amberes Foundation in Madrid, Spain.

PARIS – Tintin&39;s latest adventure is taking him to Sotheby&39;s and Christie&39;s in Paris this month, as booming prices for comic books attract the attention of ultra-rich collectors.

Both auction houses have organised major sales of comic and graphic novel items in the French capital this month that are expected to rake in millions.

It is the first time Sotheby&39;s is entering the world of comics, after Christie&39;s held an auction last April that raised more than €4-million (R52.3m).

That was followed in May by a record-breaking single sale – an original 1937 Tintin book that went for €2,6m by French auction house Artcurial.

Sotheby&39;s will put 288 books, storyboards and drawings up for sale on Saturday, including around 50 signed by Tintin cartoonist Herge.

Christie&39;s holds its sale a week later, with 446 works on offer, including 10 Tintin originals with a total value estimated at €1,5m.

"Tintin is part of history," said Eric Leroy, an comics expert at Artcurial, who said the Belgian cartoonist&39;s value will not be dropping any time soon because "it is becoming very difficult to find good quality drawings by Herge today. His drawings have already disappeared into private collections and won&39;t come back out again".

Other major items at the auction include an original cover and storyboard of Asterix and Obelix, each valued at more than €100,000.

Cartoons for film posters are also expected to garner attention, with one for 1980s Alain Resnais classic My American Uncle by artist Enki Bilal valued at up to €75,000.

For now, most attention comes from buyers in French-speaking countries – up to 90 percent – since sales rely on a heavy dose of nostalgia, said Leroy.

"European cartoons have not yet conquered the world," he said.

"Foreign buyers might be attracted to the decorative aspect of the drawings, but they will not be interested in Asterix storyboards."

However, the rising prices have started to attract international attention, said Daniel Maghen, a gallery owner in Paris.

"Little by little, investors are starting to enter the market," he said. He is confident that French and Belgian cartoonists – names like Manara, Bilal and Tardi that are little known outside their home countries – will soon achieve the recognition of great artists.

"They are the descendants of Vermeer, Georges de la Tour or Gustave Dore," he said.