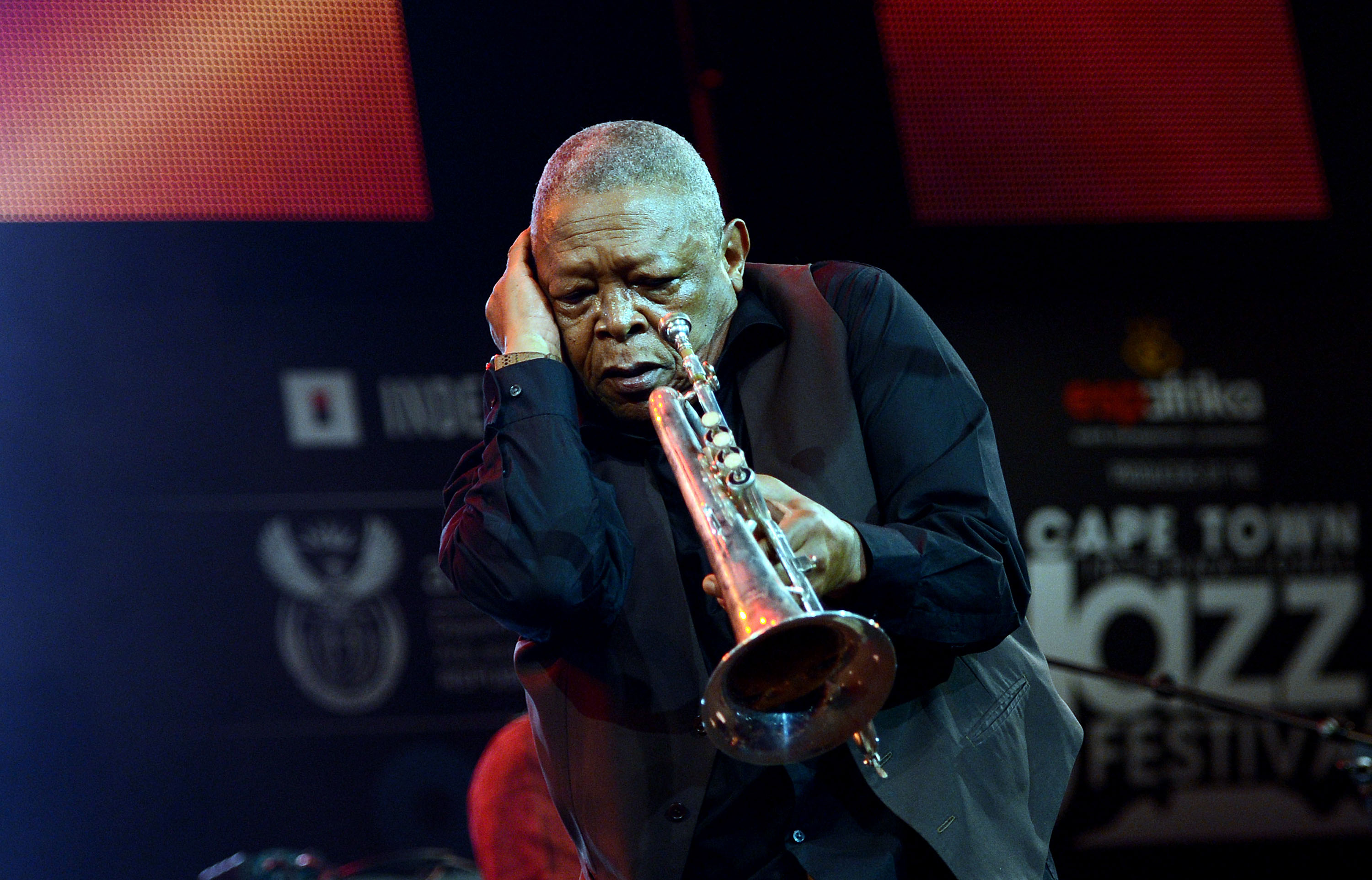 JOHANNESBURG – Tributes are pouring in from all over the world since the news of Hugh Masekela&39;s death broke.

Masekela, who was diagnosed with prostate cancer in 2008, died on Tuesday morning at the age of 78.

Masekela fled apartheid South Africa in the early 1960s, and did not return for three decades until after the release of Nelson Mandela in 1990.

Among his greatest hits were the anthem "Bring Him Back Home", demanding Mandela&39;s freedom from jail, and "Grazing in the Grass".

Sipho ‘Hotstix’ Mabuse described Masekela as a friend and mentor, saying his death has left him speechless.

Man our hearts are broken today. Bless you @hughmasekela for your incredible life and influence. Rest In Peace .... HughMasekela

Music producer Black Coffee had this to say:

RIP Bra Hugh
The world will never forget you! pic.twitter.com/1gdtut2L2t

Start with “Stimela” then just go from there! Forward

Today I lost a friend. @hughmasekela was a pioneer. He was one of the first musicians to spread African Music all over the world. But most of all, he was a funny, generous and beautiful soul! pic.twitter.com/tRsL0OVQml

"Mr Masekela was one of the pioneers of jazz music in South Africa whose talent was recognised and honoured internationally over many years," Zuma said in a statement.

"He kept the torch of freedom alive globally fighting apartheid through his music and mobilising international support for the struggle for liberation and raising awareness of the evils of apartheid."

President Zuma bestowed the National Order of Ikhamanga in Gold in 2010 to Masekela for his exceptional contribution to music and the struggle against apartheid in South Africa.

Indeed, a baobab tree has fallen. May his soul rest in peace. RIPHughMasekela

"The DA is deeply saddened by the passing of our national treasure, Hugh Masekela. We extend our love and condolences to his family, loved ones and the South African music fraternity. His unmistakable sound will echo in our hearts forever," he said.

"Bra Hugh was more than just a jazz musician, he was a musical genius and a fearless activist," Maimane added.

"His music touched the lives of true music lovers, irrespective of colour or creed. We all sang and danced to Thanayi and songs such as Stimela made us all contemplative... Our nation owes you a great debt of gratitude, Bra Hugh."

Minister of Arts and Culture Nathi Mthethwa also paid tribute to the jazz musician. He described Masekela as one of the great architects of Afro-Jazz and compared his death to a baobab tree that has fallen.

A baobab tree has fallen, the nation has lost a one of a kind musician with the passing of Jazz legend bra Hugh Masekela. We can safely say bra Hugh was one of the great architects of Afro-Jazz and he uplifted the soul of our nation through his timeless music. RIPBraHughMasekela pic.twitter.com/JVy47GA6aU

"I first came across the music of Hugh Masekela when I was in exile - he was a tremendously important cultural voice of the liberation movement of South Africa. He was an internationally-renowned artist, even in the late 1970s  and 1980s he had been an icon of music and culture. This is the loss of a giant among us and I have to say that I didn&39;t see this coming.

Davies sent his condolences to the musician&39;s family.

"Their loss is our loss," the minister added.

He described the artist as an "icon".

"What a loss, but what a life," said Patel. "The word icon is overused but but he truly was an icon of South African music and passion."

He recalled a meeting of workers and Masekela playing to a packed hall of 3,000-4,000 workers who absolutely erupted.

Patel added that Masekela&39;s music would ensure that his legacy lives on.

He was one of those rare wonders where he could combine talent with his contribution to free the people of this country. Very rarely one to boast.
He was mentored from an early age, by the political giant Fr Huddleston. HughMasekela pic.twitter.com/MZnFLsZQZl

Former Gauteng premier Mbhazima Shilowa, a jazz lover, shared one of his favourite performances by Masekela.

RIP BraHugh – you will be sorely missed! Hugh Masekela, his sister Ambassador Barbara Masekela and I pic.twitter.com/V9tV0oV8L5

Hugh Masekela was a titan of jazz and of the anti-apartheid struggle. His courage, words and music inspired me, were heard across the world and strengthened the resolve of those fighting for justice in South Africa.

The World has today lost a Legend. Hugh Masekela, gave us many songs, a reason to dance to Jazz, & combined that with a trumpet, not only to connect us to entertainment, but also to give South Africa, a liberating & powerful voice against Apartheid. We celebrate him @SAPresident pic.twitter.com/wtH70O9PEA

Very sad to hear of the death of Hugh Masekela great musician and anti-apartheid campaignerhttps://t.co/jUQA74SyHD