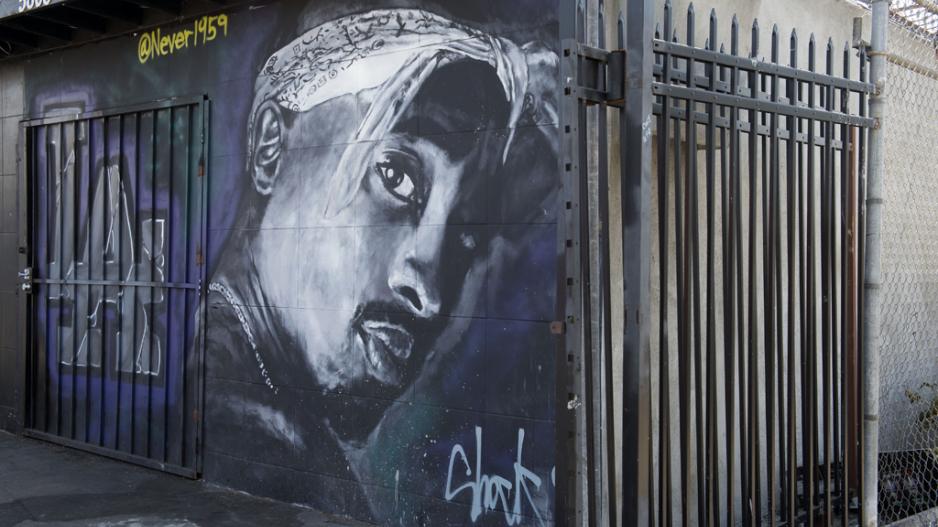 A wall dedicated to the memory of US rapper Tupac Shakur is seen on May 26, 2016 in Los Angeles, California. Twenty years after his death, Tupac still reigns.

LOS ANGELES - The murders of Tupac Shakur and Biggie Smalls not only robbed hip-hop of two defining artists but also uncovered allegations of conspiracy, bloody rivalries and police corruption -- shining a light on rap&39;s criminal underworld.

More than two decades later, with the killers still at large, the cold cases are being revisited in "Unsolved: The Murders of Tupac and the Notorious B.I.G.," a 10-part series debuting on Tuesday on the USA Network.

Christopher Wallace -- who went by both Biggie Smalls and The Notorious B.I.G. -- was killed at age 24 in a drive-by shooting as he visited Los Angeles on 9 March 1997, six months after Tupac, then 25, was gunned down in Las Vegas.

"With every other story about Biggie and Tupac so far it&39;s like, &39;This is the take.&39; Everything else is negated and vilified," Simpson ("Westworld," "House of Cards"), told AFP at the show&39;s premiere in Hollywood on Thursday.

Biggie and Tupac remain among the most iconic figures in rap, with fans worldwide drawn to Shakur&39;s emotional directness and theatrical flair, and his rival&39;s inventive wordplay and deft vocal delivery.

Under the monikers 2Pac or Makaveli, Tupac became one of the most identifiable figures in the early 1990s West Coast scene centered around Suge Knight&39;s Death Row Records. He struck up a friendship with Biggie, taking the younger rapper under his wing, but the two fell out.

Many believe they were slain as part of a rivalry between their music labels, LA-based Death Row and New York&39;s Bad Boy Entertainment, although some music historians say the coastal rift was exaggerated for commercial reasons.

Arriving in the wake of a glut of recent shows looking back at notorious 1990s "true crime," from the O.J. Simpson trial and the Waco siege to the murder of JonBenet Ramsey, "Unsolved" is the first narrative TV series chronicling the pair&39;s demise.

Both have been the subject of numerous documentaries, however, and have appeared as characters in several big screen biopics, notably last year&39;s "All Eyez On Me" and 2009&39;s "Notorious."

"Unsolved" follows Kading as he assembles a joint law enforcement task force to take a fresh look 10 years later at the killing of Biggie and the investigation led by Poole.

The real-life Poole, who was never able to let go of the case and went to his grave in 2015 obsessed with solving Biggie&39;s murder, was "passionate to figure out why justice wasn&39;t served," said Simpson.

The detective claimed both in Nick Broomfield&39;s 2002 documentary "Biggie and Tupac" and the book "LAbyrinth" published the same year that the LAPD had conspired to cover up Knight&39;s conspiracy to kill Tupac and Biggie.

Corrupt LAPD officer David Mack, who spent three years of a 14-year term in prison for bank robbery, was named in a wrongful death lawsuit from Biggie&39;s family as one of three officers who conspired to murder the rapper, although the suit was dismissed in 2010.

Broomfield&39;s film showed Poole being pushed out of the force after independently pursuing the theory, considered a dead end by his superiors.

His partner Detective Fred Miller, played by Jamie McShane ("Sons of Anarchy," "Bloodline"), testified to a federal jury in 2005 that a prison cellmate of Knight said the Death Row Records founder had confessed to Biggie&39;s murder.

Knight -- who has been in jail in downtown Los Angeles since 2015 awaiting trial for murder over a separate hit-and-run killing -- has always denied involvement.

"It gave me a lot more respect for what rappers do and who these two artists were, and the sadness of what happened to them. These were just two kids," McShane told AFP.

"It&39;s ridiculous. They got murdered for nothing."

For the soundtrack to the series, music supervisor Lyah LeFlore brought on board Easy Mo Bee, a producer on Biggie&39;s debut album "Ready to Die" (1994) who also worked on Tupac&39;s "Me Against the World" (1995).

"Tupac was a global star really by the time he was 22, 23 years old. Biggie&39;s star was just beginning to really shine," LeFlore told AFP.

"To see the impact of their demise and the void that we still feel 20 years later -- no one has been able to step into those musical shoes -- I think it&39;s a testament to artistry and the resilience of great music."