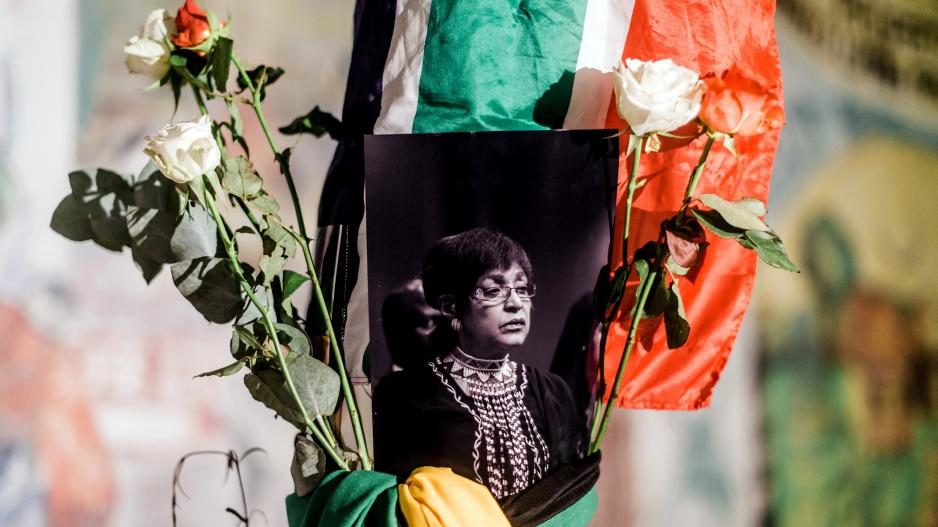 A photograph of the late Winnie Madikizela-Mandela is surrounded by the South African and African National Congress (ANC) flags.

JOHANNESBURG - Entertainers form both home and abroad have expressed their sadness at the passing of Winnie Madikizela-Mandela.

She passed away on Monday at the age of 81, with many remembering her as a fearless woman.

Thandiswa Mazwai was so affected by the death that she changed her Twitter name to display as "Our mother has died".

A woman who epitomized how the power of a woman&39;s love, intelligence and vision can change a culture. RIP Winnie Mandela pic.twitter.com/axAeS7re3u

Rest in peace Mama Winnie. My heart is heavy right now. You lived a full and important life contributing to the liberation of a nation by force and ACTUAL ACTIVISM. You will never be forgotten.

I cherish the times I spent with you, embracing me in your family & home. You were Woman of strength that endured so much hardship and sacrifice. Without you we would not know anything about Tata and his 27 years. You will remain in my heart!! R.I.P WINNIE MANDELA ---- pic.twitter.com/2R9fg1t6dx

Peace be still ! The fight u fought will never be forgotten ! winniemandela https://t.co/L1Zcp68Hqk

Professor Pitika Ntuli, reflecting on the life of Madikizela Mandela, said the country has lost a hurricane who was fearless. She spoke truth to power.

RIP Sis Winnie. Just talked to your friend, Former UNAmbAndrewYoung. He aptly noted: "Winnie did more and suffered most." Adding, "Winnie holds the record for suffering." AmbYoung says his friend MartinLutherKingJr once said, "Death is the ultimate democracy." We thank you! pic.twitter.com/Ee75bOcJSp

Rest In Peace WinnieMandela ?Go with love. Go with God... your fight for human rights will continue. pic.twitter.com/7A7wdtf3oK