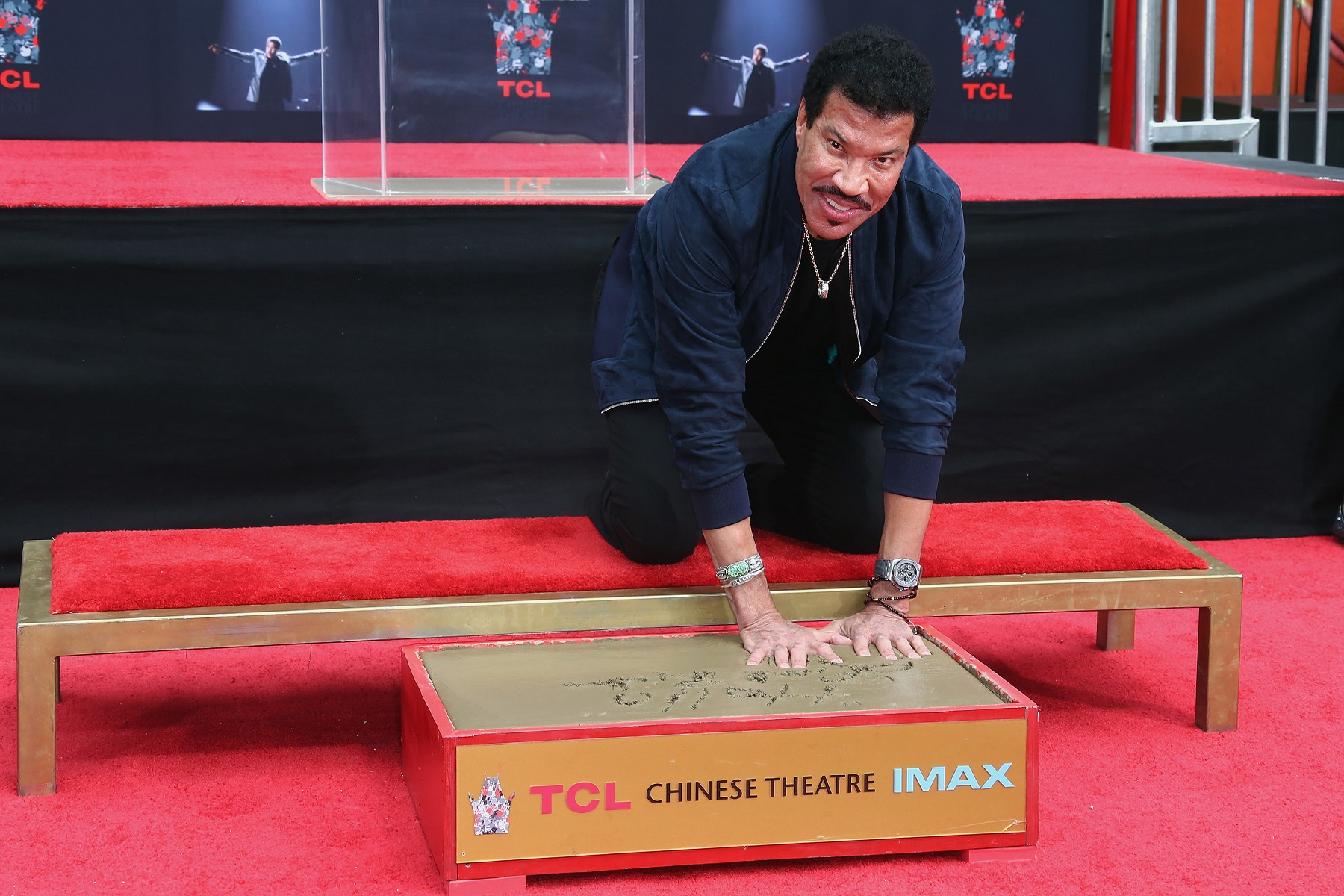 LOS ANGELES - Four-time Grammy winner Lionel Richie cemented his legacy in Hollywood Wednesday, plunging his feet and hands into a wet paving slab at the forecourt of the iconic TCL Chinese Theatre.

The 68-year-old R&B singer, a former frontman for Motown legends The Commodores, has sold more than 100 million records over a career spanning six decades.

"This is almost beyond the childhood dream," Richie told AFP at the ceremony on Hollywood Boulevard, a time-honoured tradition launched in the 1920s.

"When I first came to this town, the Holiday Inn was back there, right behind me, and the first thing I did was ran out the room, came downstairs and put my feet in all the hands and feet on the ground. Now, my hands and feet are going into this thing, it&39;s almost beyond belief."

Late night talk show host Jimmy Kimmel, fresh off his Oscars hosting duties, presented the ceremony while veteran actor Samuel L Jackson was on hand to support Richie, who told the crowd the honour was an "out of body experience."

Lionel Brockman Richie Jr was born on June 20, 1949, and raised on the private, historically black Tuskegee Institute university campus in Alabama, where his family had worked for generations.

A high school tennis star, he accepted a scholarship to study at the institute but dropped out and seriously considered becoming a priest for a while.

He formed a series of bands and, while still at college in 1968, joined aspiring Motown group The Commodores, playing saxophone and singing.

He went on to write some of his most enduring songs for the group, including "Still," "Sail On," "Easy" and "Three Times a Lady," which earned a 1979 American Music Award and a People&39;s Choice Award.

He later wrote "Lady" for Kenny Rogers and had a huge hit alongside Diana Ross with "Endless Love," which became the most successful single in Motown history, topping the US charts for nine weeks.

Alongside Michael Jackson and Prince, he was one of the most successful male solo artists of the 1980s, with a run of 13 consecutive top ten hits in the US Billboard charts, five of them number ones.

He scored a major hit with "All Night Long," and won an Oscar for "Say You, Say Me," written for the film White Nights. His Grammys include the 1985 Song of the Year prize for "We Are the World," co-written with Jackson.

Richie managed a nine-year streak of writing at least one number one single a year -- a feat matched only by Irving Berlin -- enjoying much of his success internationally, with a particularly strong following in the Arab world.

But his run came to an end in 1987 and Richie took some time out, coming back in the 1990s, with mixed results.

Despite the runaway success of "Hello," Richie has said he came to resent being classified as a balladeer and chose simply to follow his artistic senses.

"I developed into something that even I did not know who I was," he said at a Songwriters Hall of Fame gala in New York in 2016.

An avid gardener, Richie has said that if he weren&39;t a musician, he would be a landscape architect or interior designer.