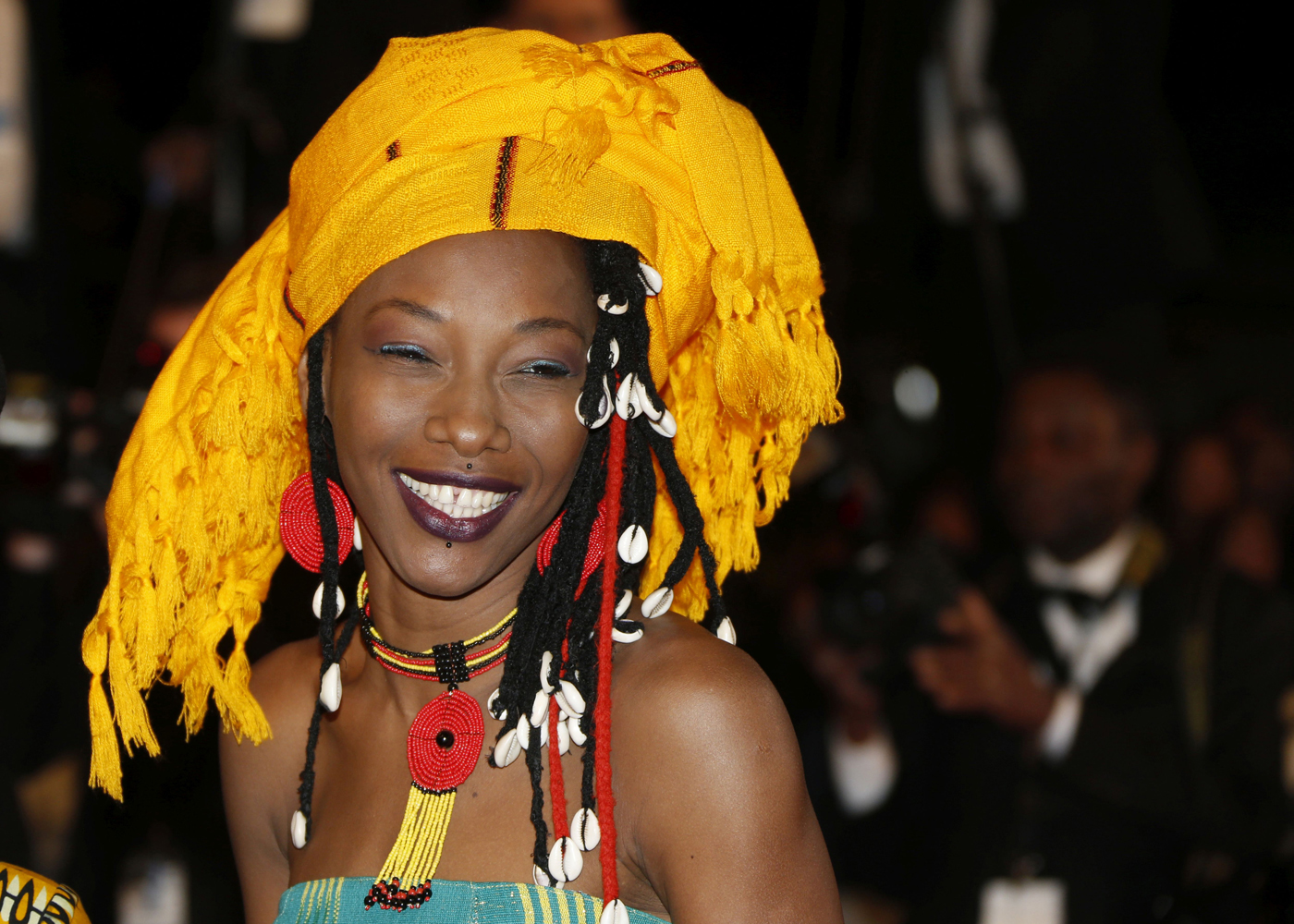 File: Malian musician Fatoumata Diawara arrives for the screening of 'Timbuktu' at the Cannes Film Festival, in Cannes, France. The movie is a hot contender for a Cesar award.

PARIS – Young directing talent, a battle of Yves Saint Laurent biopics and Kristen Stewart as a rare American nominee are the focus of this year&39;s Csar awards, France&39;s version of the Oscars.

The award ceremony on Friday night is the highlight of the French movie industry&39;s year, in a country still obsessed with cinema.

For the outside world, the spotlight will be on Twilight starlet Kristen Stewart, whose best supporting actress nomination for Clouds of Sils Maria makes her the first American woman in 30 years to be up for an award at the Csar.

The best actor category has also lined up an intriguing battle between two portrayals of fashion designer Saint Laurent – by actors Pierre Niney and Gaspard Ulliel – after two biopics were released within months of each other last year.

The 40th annual Csar will also be a celebration of young directing talent, with three 30-somethings up for a gong: Thomas Cailley for Les Combattants, Thomas Lilti for Hippocrate, and Celine Sciamma for Bande de filles.

A lot of hype has also centred on Timbuktu – a tale of life under religious extremists in Mali – which has also been nominated for a Best Foreign Language Film Oscar next month.

The success of young talent is a sign that French cinema is still evolving and staying fresh, said one artistic agent.

"In the US or elsewhere, they don&39;t have a fraction of the renewal that we see here," said Paris-based Elisabeth Tanner, who represents 600 artists.

She pointed to the heavy influence of France&39;s celebrated Femis school of cinema – which counts 26 former students among this year&39;s Csar nominees – but Tanner said their style was moving away from the arthouse tendencies of the past.

"At one time, we had people from Femis who were very cerebral, very introverted, very focused on themselves," said Tanner.

"But today, we are seeing a greater focus on stories."

Cinemas remain in robust health in France, with Paris still bursting with independent cinemas as well as multiplexes.

They sold roughly 210-million tickets last year, up 10 percent on the year before – boosted by a combination of Hollywood action films alongside homegrown comedies and dramas.

"It&39;s not abstract cinema, it&39;s not cinema that copies the cinema of the past.

"We have new generations who are arriving and are ready to do battle."