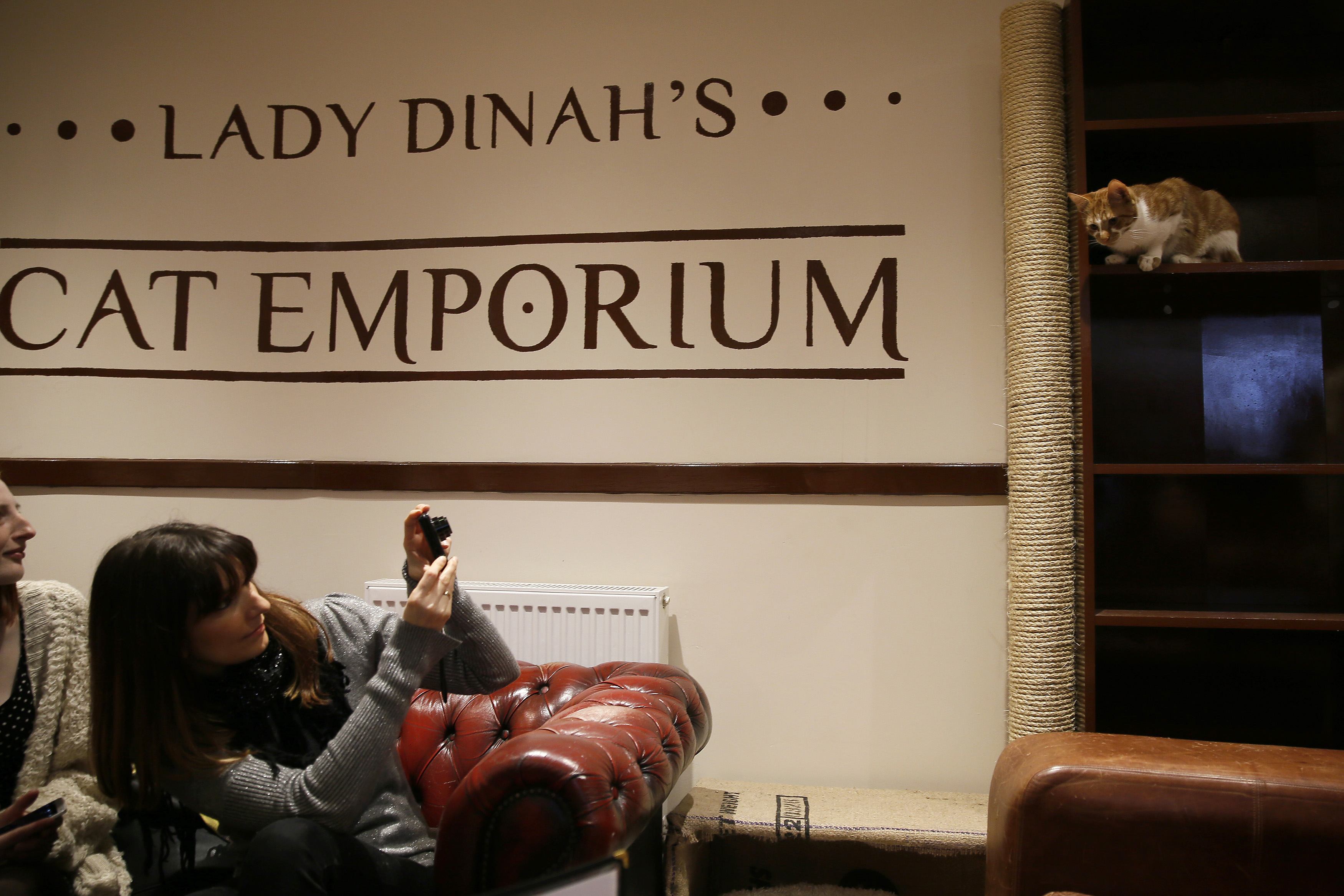 A visitor to the Lady Dinah's Cat Emporium takes a photograph of a cat in London.

LONDON - Would you like some kitten with your coffee?

Feline company is exactly what one of London&39;s newest cafes is offering -- and stressed-out city-dwellers are lapping it up.

"People do want to have pets and in tiny flats, you can&39;t," said cafe owner Lauren Pears, who opened Lady Dinah&39;s Cat Emporium last month in an area east of the city&39;s financial district.

"There&39;s not many places in London you can just curl up with a book and chill out with a cat or two on your lap," she said Friday.

"I can see how this would be good for someone lacking company," said customer Sara Lewis, as she stroked a cat sitting on her lap.

Coffee and afternoon tea -- sandwiches, cakes and scones -- are on the menu at an additional cost.

Lady Dinah&39;s opened March 1, and is fully booked until the end of June.

Despite more than a year of planning permission delays and figuring out how to maintain health and safety standards, she says the hard work has been worth it.

The 11 resident kitties were donated by people leaving the country who could no longer look after them.

Kitty welfare is paramount: the cats get regular breaks away from people, and staff have been trained by animal behaviourists to care for them.

Lisa Vann brought her 8-year old daughter, who has learning difficulties, to Lady Dinah&39;s for a playdate. "She&39;s delighted to be here," she said.

The animal cafe craze shows no signs of slowing, with establishments now open in London, Vienna and Paris. A dog cafe, House of Hounds, is scheduled to open in London later this year.

And American animal-lovers won&39;t be missing out for much longer. Two cat cafes are due to open in the San Francisco Bay area by the end of 2014.