The final frontier? Just a slice of Spanish sausage 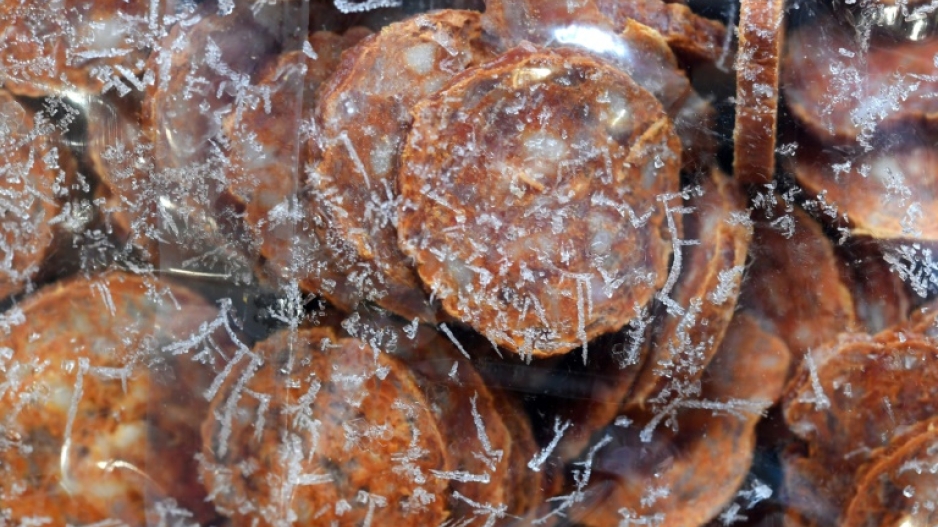 Klein acknowledged that many users had not understood his joke. AFP/Fred Tanneau

MADRID - A red ball of spicy fire with luminous patches glowing menacingly against a black background.

This, prominent French scientist Etienne Klein declared, was the latest astonishing picture taken by the James Webb Space Telescope of Proxima Centauri, the closest star to our Sun.

Fellow Twitter users marvelled at the details on the picture purportedly taken by the telescope, which has thrilled the world with images of distant galaxies going back to the birth of the universe.

"This level of detail... A new world is revealed every day," he gushed.

But in fact, as Klein later revealed, the picture was not of the intriguing star just over four light-years from the Sun but a far more modest slice of the lip-sizzling Spanish sausage chorizo.

"According to contemporary cosmology, no object belonging to Spanish charcuterie exists anywhere but on Earth," he said.

Klein acknowledged that many users had not understood his joke which he said was simply aimed at encouraging us "to be wary of arguments from people in positions of authority as well as the spontaneous eloquence of certain images".

However, at a time when battling fake news is of paramount importance for the scientific community, many Twitter users indicated they were unamused by Klein, director of research at France's Atomic Energy Commission (CEA) and a radio show producer.

On Wednesday, he said sorry to those who were misled.

"I come to present my apologies to those who may have been shocked by my prank, which had nothing original about it," he said, describing the post as a "scientist's joke".

He was shortly back on surer ground posting on Twitter an image of the famous Cartwheel Galaxy taken by the James Webb Space Telescope. This time, he assured users, the photo was real.