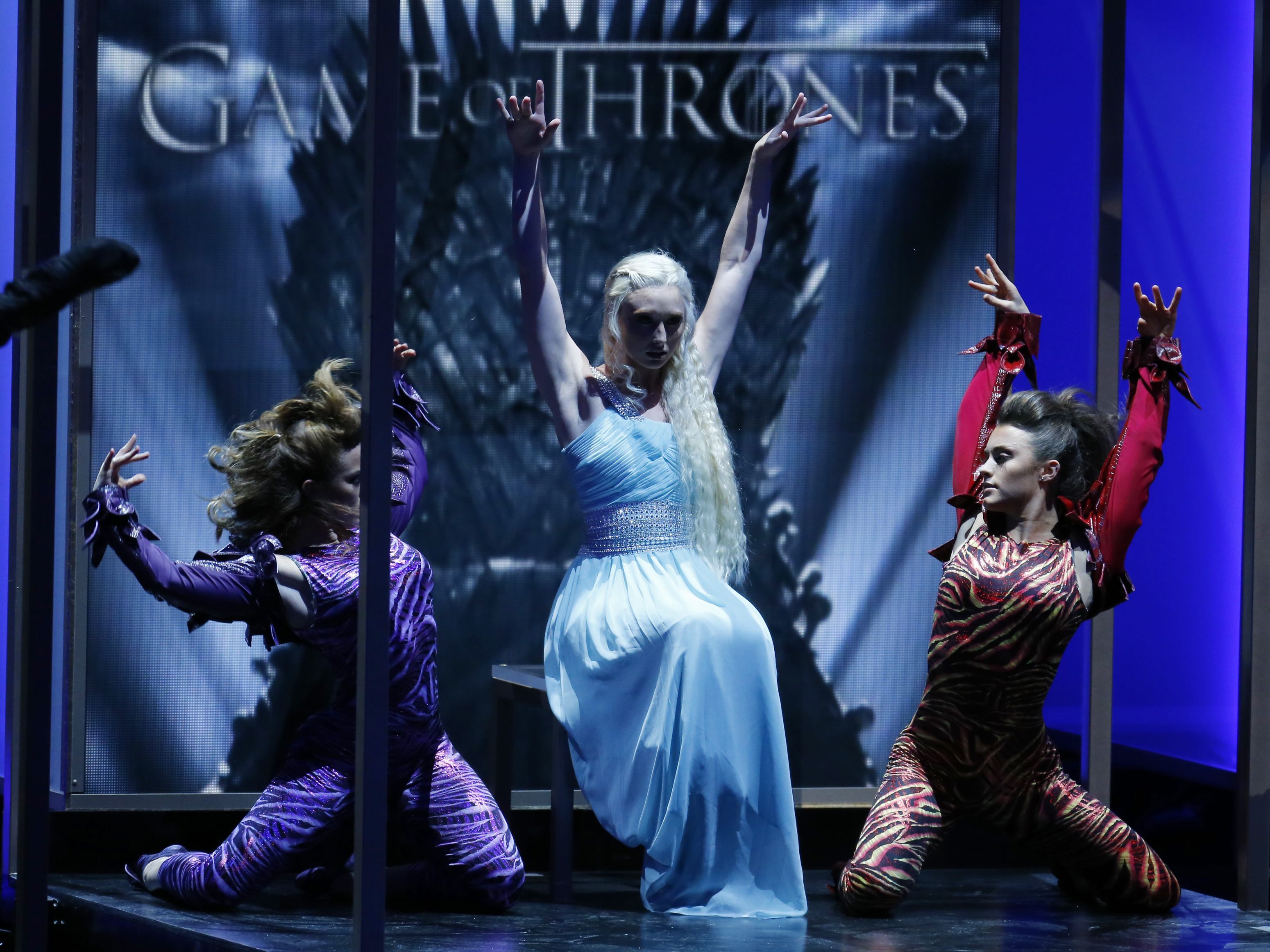 A dance number is performed in tribute to outstanding drama series nominee "Game of Thrones" at the 65th Primetime Emmy Awards in Los Angeles in this file photo dated September 22, 2013.