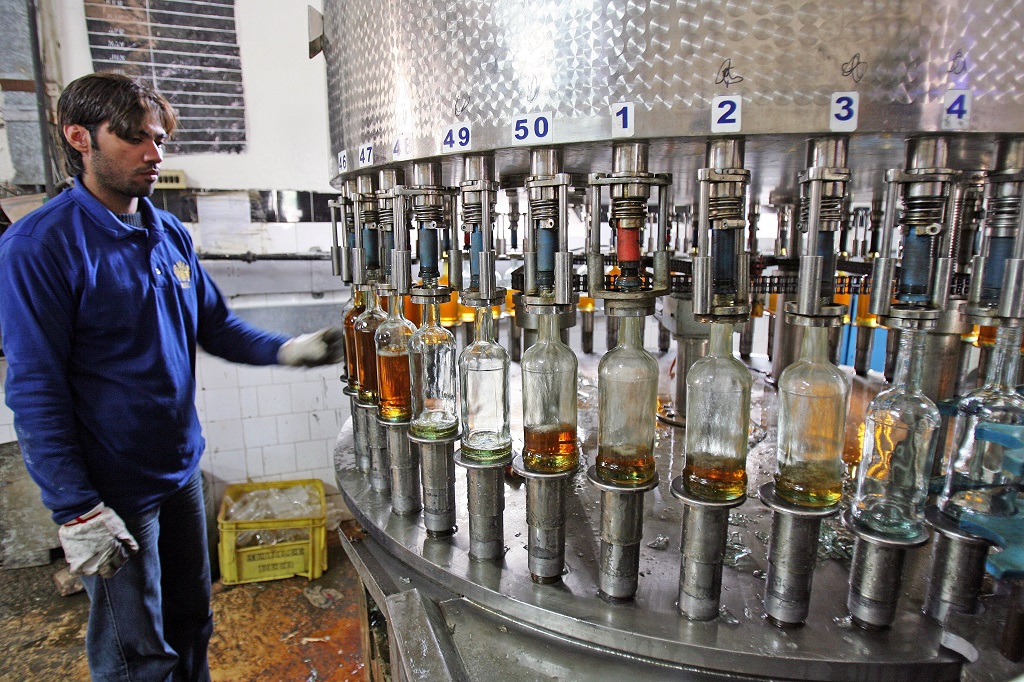 Hundreds of tons of gin and whisky are stored in climate-conditioned cellars, shielded from the pummelling sun.

Whether it&39;s beer produced by the crateful in Murree&39;s venerable red brick brewery - opposite the powerful army&39;s headquarters in Rawalpindi - or wine discreetly fermented in a bedroom, alcohol sales are booming in "teetotalitarian" Pakistan.

Strangers to the Islamic Republic may be surprised that the country industriously - and at Murree openly - produces such quantities of booze, despite it being forbidden to 97-percent of the population.

But although Pakistani Muslims are banned from drinking alcohol, topers take advantage of the fact that the country&39;s minorities, mainly Hindus and Christians, face no such prohibition, and often snaffle up their quota.

And so although officially only three million adults can buy alcohol, the country&39;s three breweries must work hard to please the nation&39;s enthusiastic tipplers.

Founded by the British in 1860 and now Parsee-owned, Murree brewery has been burnt down by Muslim protesters, temporarily shut down in an Islamist purge and continues to survive prohibition, which was imposed in the 1970s.

Far from bowed, it flourishes as one of Pakistan&39;s most successful companies, with an annual growth of between 15 to 20-percent, a rarity in a country regularly wracked by Islamist violence.

"There is no risk as such, because we are a very legal entity - one of the biggest taxpayers in this country," said Major Sabih-ur-Rehman, a brewery executive.

"It is in the interest of everybody that the Murree brewery as a legal business should flourish and continue."

With cans priced at 300 rupees (R43) on the legal market in a country where the average salary is 13,000 (R1, 872), the brewery caters mainly to a Muslim elite willing to break the rules.

Tahir Ahmed, a therapist specialising in addiction, who is worried about the rise in alcoholism, says that off licence stores "sell the booze to the people who can afford it, and only Muslims can".

"The middle class is steeped in Islamic morality, but the upper class are getting richer, and it is a new norm that if you invite someone for dinner you will be serving alcohol. It is socially expected."

Well stocked bars at birthday parties, dinners awash with Italian wines and discreet "car-bars" in the parking lots of wedding halls are supplied by a thriving black market that also relies on vast foreign imports.

"The main source of smuggling is through Dubai on launches crossing the sea," a customs official who did not wish to be named told AFP.

Smugglers are able to bring in entire containers by paying off officials, while sometimes unscrupulous diplomats sell a part of their legal quota to bootleggers.

An Asian embassy in Islamabad once ran its own wine shop, according to former customers.

Buying on the black market raises prices - a bottle of Murree gin can cost $20 (R288) even (more than double its official cost), even when bootleggers dilute the spirit. An ordinary bottle of table wine starts at $40 (R576).

Cheap and dangerous moonshine is also available, often drunk with fatal consequences by the poor during festivals.

But wealthier amateurs, fed up with the variable quality of bootlegged alcohol, have taken to making their own wines at home.

With no grape harvest or cave, Hassan makes do with buying litres of grape juice, sugar and enzymes, which he mixes in huge glass cylinders.

For his white wine, he presses kilos of oranges and white grapes, which he brightens with raisins. All done discreetly in his guest bedroom.

"It is a fairly simple process, but you have to make sure everything is kept very clean, sanitise everything," explains the thirty-something connoisseur.

Although a hobby that&39;s punishable by 80 lashes, this viticulturist is undeterred.

The penalty has never been applied.