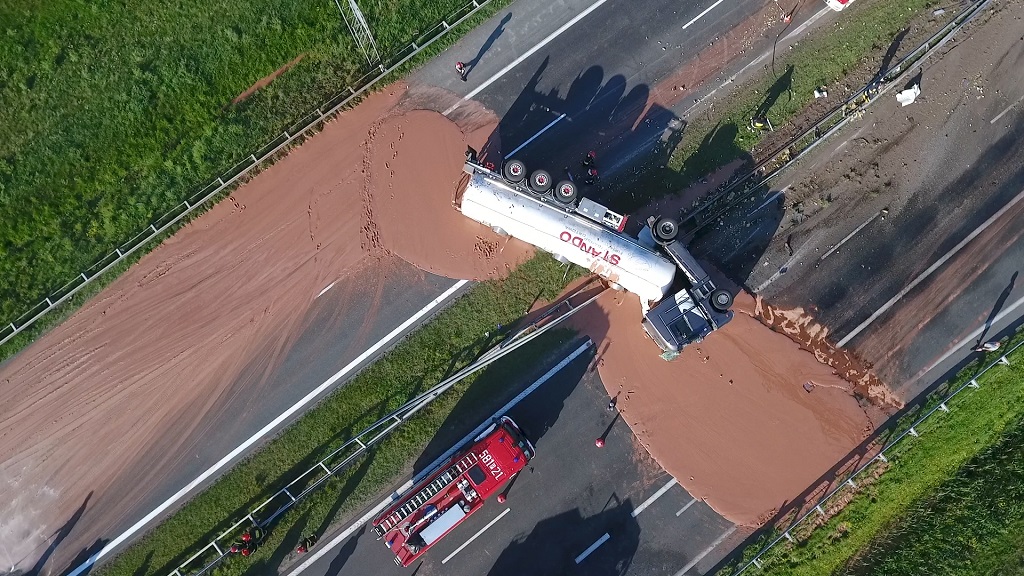 This video grab taken from Polish private TVN channel shows hot chocolate poured out over the A2 highway between Wrzesnia and Slupca near Poznan, western Poland, after a the truck transporting the sweet freight crashed through a traffic barrier on May 9,

WARSAW - A tanker truck turned a stretch of highway into Poland&39;s sweet spot when it spilled 12 tons of liquid chocolate after crashing through a traffic barrier.

Local police said it was unclear why the truck belonging to a sweet maker slammed into the central reservation on highway A2 between the western towns of Wrzesnia and Slupca.

After flipping over, the tanker came to rest across lanes and the chocolate barred traffic in both directions.

The driver was admitted to hospital with a broken arm.

A cleaning crew armed with shovels, an excavator, and hot water-pressure washers began chipping away at the chocolate that turned rock solid in the open air.

"Once it hardens, chocolate&39;s worse than snow."