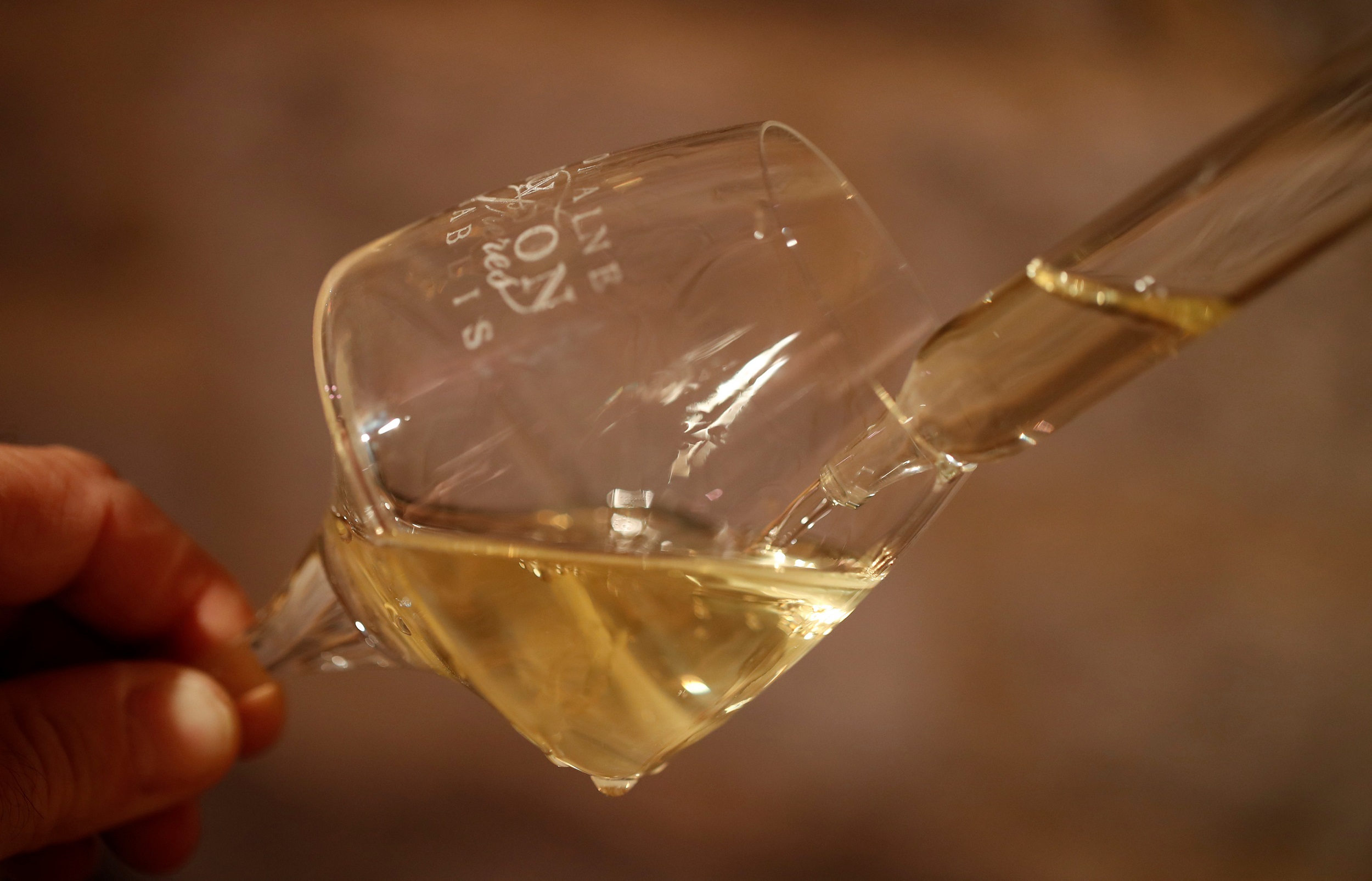 Winemaker Laurent Pinson holds a glass as he checks a Chablis Grand Cru "Les Clos" wine in his wine cellar at the Domaine Pinson vineyard during the Chablis wine harvest in Chablis, France.

CHABLIS, France - Winemakers in France's Burgundy region are blaming climate change for a sharp drop in the production of the popular Chablis wine and warning that the situation was unlikely to improve.

Across the country production may fall 17 percent this year to a record low after spring frosts damaged vineyards, the farm ministry recently warned, estimating that output would be "historically low" and below the output in 1991, when vines were also badly hit by frosts.

Particularly hit has been the Chablis, by far the largest vineyard in Burgundy, central France.

"The vagaries of the climate, especially the very frosty nights we had this year, have affected the harvest in a way that has been difficult to measure until now," Laurent Pinson, owner of Pinson Domain, told Reuters.

"It's true that now that it's the harvest we can see that quantities are greatly diminished compared with what our expectations were."

Speaking at the start of harvest season he added that some fields had lost 80-85 percent of their potential output.

"Unfortunately we can see that we no longer have seasons which you might describe as 'normal'. We have temperature ranges, you might lose 10 degrees in 24-48 hours, which is huge," said Louis Moreau, who also owns a vineyard in the region.

"We don't have seasons like we had in the past, where spring would come quietly, and then you have the summer. It's extreme straight away. Extreme can mean high, very hot, or low, very cold, very dry," he said.

In its first estimates of this year's output, the farm ministry in July estimated this year's wine production in France, the world's second-largest producer, at 37 million to 38.2 million hectolitres, down from 45.5 million in 2016.

Wine growers used candles, heaters and even the down-draught from helicopters during the cold snap in April to try to save crops.