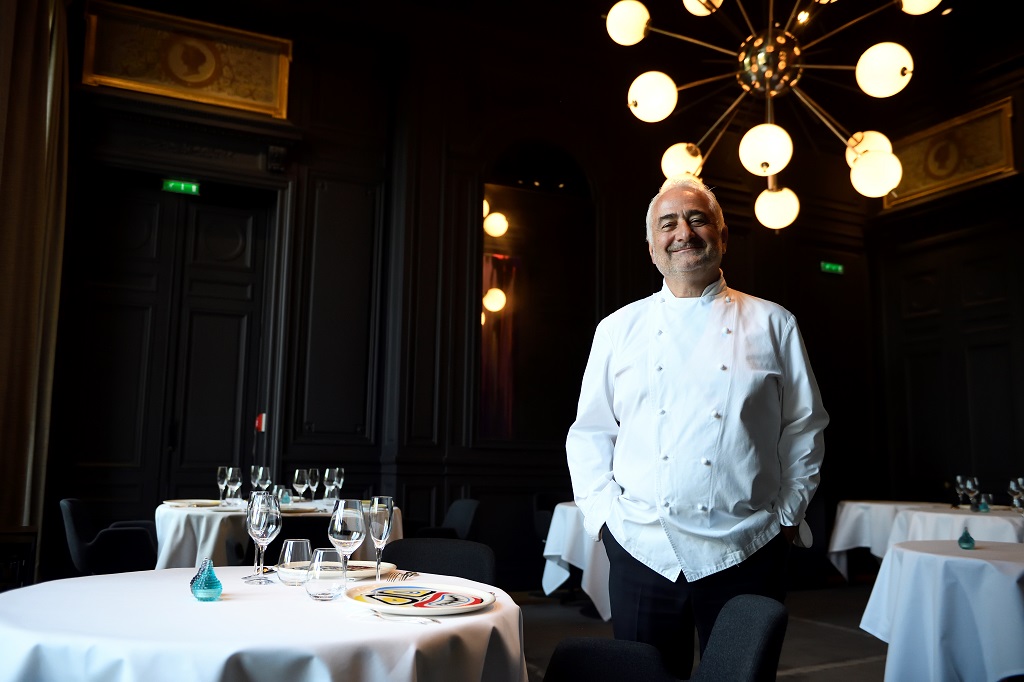 PARIS - Japan and China have more of the world&39;s best restaurants than anywhere else, according to the La Liste ranking, which will be published next week.

Although the French-based list will declare Guy Savoy&39;s flagship Paris riverside restaurant the best in the world for the second year running -- and French cooking dominates the top 100 -- the big trend is the climb of Chinese haute cuisine.

"The rise and rise of China is the big story," said Jorg Zipprick, who crunched the numbers for the "guide of guides", which was set up as a "more scientific and reliable" rival three years ago to the British-based 50 Best Restaurants.

Japan still tops the country table with 138 restaurants in the top 1,000 of the French classification -- which aggregates reviews from guides, newspapers and websites including TripAdvisor -- but China is closing the gap fast with 123.

"Up to now China has been one of the most difficult countries to get data from," Zipprick told AFP, but a boom in local gastronomic guides has changed all that.

"Asia has a lot more restaurants than Europe and it is only logical that La Liste will reflect that," he added.

Tokyo institution Kyubey, whose sushi is renowned for being both "extraordinary and reasonably priced", took the third spot after Le Bernardin, a New York fish restaurant run by Emmy award-winning US television chef Eric Ripert.

Two other restaurants in the Japanese capital made the top 20, the minuscule Kyo Aji and French chef Joel Robuchon&39;s plush dining room in a reconstructed French chateau.

They were followed by the highest-placed Chinese restaurant, the Huai Yang Fu at Andingmen in Beijing -- whose speciality is a roast pork dish adored by Chairman Mao.

While there is no dramatic change at the summit of the list, there were three newcomers to the top 10, including The French Laundry, a former saloon in California&39;s Napa Valley which "Kitchen Confidential" author Anthony Bourdain has called "the best restaurant in the world, period".

It shared an almost perfect mark of 99 out of 100 with La Vague d&39;Or in the French Riviera resort of Saint Tropez and Martin Berasategui&39;s restaurant in the village of Lasarte in Spain&39;s Basque country.

Another of the big climbers was Aponiente at the other end of Spain, where diners cleanse their palates with a plankton sorbet.

The Andalusian fish specialist in El Puerto de Santa Maria jumped 200 places on the back of getting a third Michelin star.

For the first time a Canadian restaurant, Alo in Toronto, has entered the top 100, while the Turkish female chef Aylin Yazicioglu makes the grade for her highly-rated Istanbul restaurant, Nicole.

New York&39;s Eleven Madison Park, which was first in the 50 Best Restaurants ranking in 2017, made the top five of La Liste.

But the two lists differ widely beyond that -- although they roughly agree that El Celler de Can Roca in Girona, Spain; Osteria Francescana in Modena, Italy, as well Alain Ducasse and Le Bernardin represent more or less the summit of the culinary arts.

La Liste&39;s aggregator of the 1,000 top-rated restaurants in the world is modelled on the world tennis rankings and the Shanghai Ranking for universities.

While Japan, China, France and the United States top the league for having the highest number of best restaurants, Switzerland with 38 for a population of eight million, has the highest per capital rating.

Zipprick said its database -- which is available as a smartphone app -- now includes 16,000 eateries across the world which it classifies from haute cuisine to lower-priced "Food Gems".

This year&39;s winners will be formally announced at a banquet in Paris on Monday, with 40 of the world&39;s leading chefs also invited to meet French President Emmanuel Macron at his Elysee Palace residence.