Perron, where everything is (almost) awesome 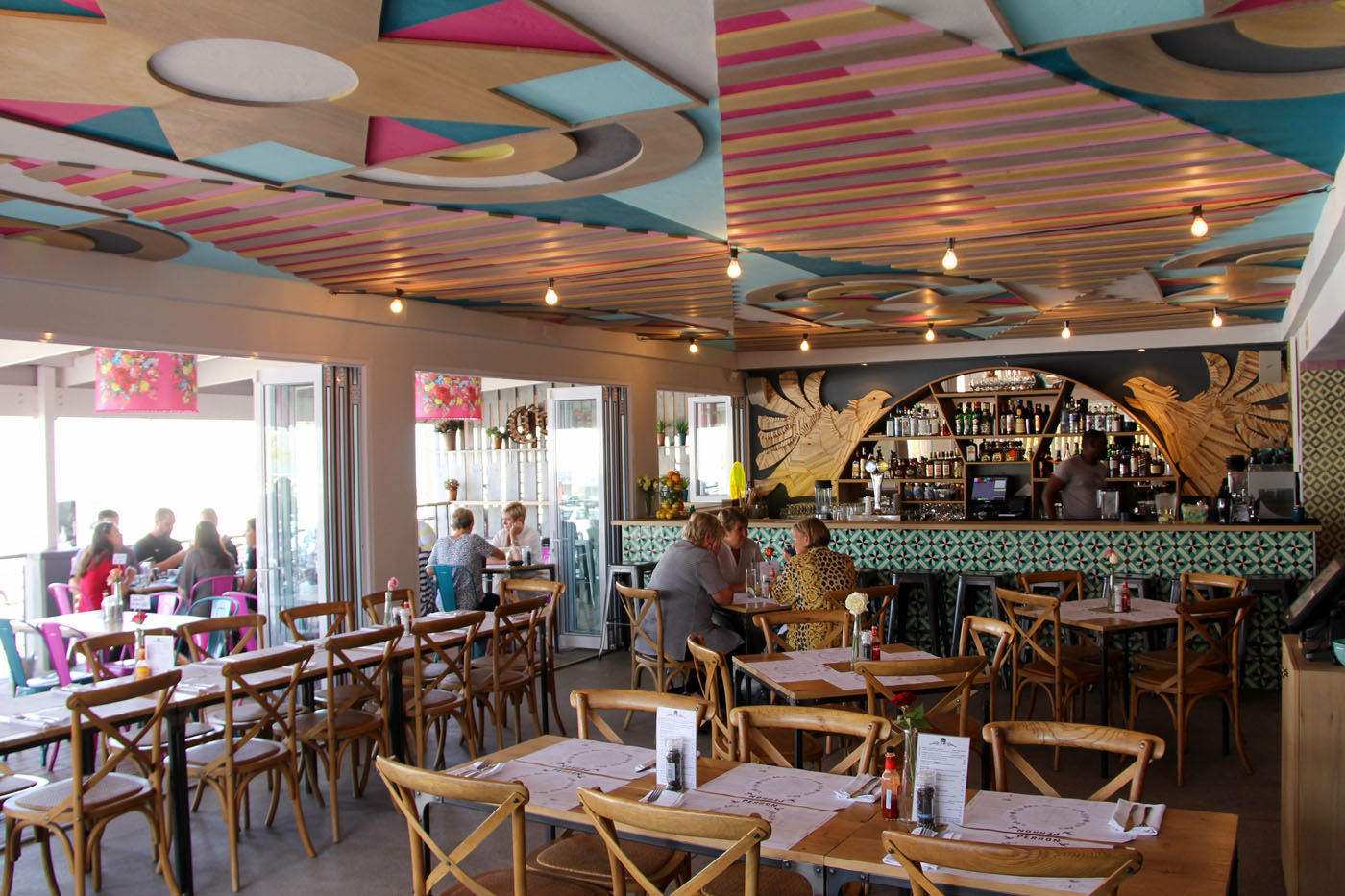 Anyone legally of age to drink in the nineties will recall the excitement around the wave of Mexican-inspired eateries that sprung up on our shores.

In my town, the dimly-lit Pancho’s in Observatory was viewed as the authority on Mexican cuisine, being run by Mexican expats serving both traditional and Tex-Mex, while the Mexican Kitchen in the City Bowl was the fun, Tex-Mex alternative, which was owned by a rich boy who travelled annually to Mexico to update his exotic decor.

Cantina Tequila in the V&A Waterfront though attracted the real jollers for it specialised in giant burritos and quesadillas (pronounced kay-sa-dee-ah, not kwe-sa-dillah, but who cared anyway, because it soaked up the booze) and artery-clogging plates of nachos; a limited, but not reasonably tequila menu (in those days, choices were still limited to the cheap "pouring brand", Olmeca and Jose Cuervo) and loud sombreros. Some patrons might have vague recollections of boozy nights spent dancing on tables interspersed with a little heaving after over-eager participation in body shots.

The meat-heavy Tex-Mex culinary tradition, which grew from interactions between Americans and Tejanos (Mexican Americans) in the mid-18th century before the Lone Star Republic was annexed, might be ridiculed as the American answer to Mexican fare but it’s respectable nonetheless.

The criticism is partly owed to its appeal with the younger generation – happy to scoff cheap mezcal and tequila, buckets of gooey cheese and corrosive chillies – but that’s just snobbery.

In the 1970s, Tex-Mex became wildly popular the world over, then petered off for a while, but both authentic Mexican fare and Tex-Mex are hot once again. Restaurants have sprung up, among others El Burro in Green Point, which has attracted rave reviews; the divine Baha Taco in Norwood (a food truck triumph); El Hombre in Windermere; Zapata in Hatfield; Mexican Fresh in Joburg and the newly opened El Jalapeos in Linden – plus a raft of food trucks.

Another notable antithesis to the Mexican clich is the Perron Mexican Appreciation Society, which first opened in Illovo and has now just opened in Bryanston’s Hobart Centre.

Yearning for the variety of Mexican food they enjoyed back in London, Christa Jakoby and Grant Ansell cooked up their business plan while travelling through Africa. Two years ago, they opened in Illovo in partnership with her brother Martin Jakoby and Thomas Hughes (owners of The Griffin, Steamworks and The Office). It was an instant hit. This branch is another partnership Hughes and Jakoby.

Repeating the theme of their original branch, they’ve stayed true to the floral, fuchsia and turquoise colour scheme but Bryanston’s a little less garish, with arresting arty interiors including patterned Mexican tiles and basins from Hadeda, hand-carved eagle detailing around the bar and a patterned ceiling by Dominique from Matter Design. There are booths inside as well as tables – with a long table offset from the main restaurant which is perfect for parties – plus airy seating on the patio.

Their winelist is simple, with a fair per-glass selection, which allows some flexibility – my suggestion: start with a cocktail, switch to a glass of wine with the meal and end with tequila (if you must) – before Ubering, of course.

We ate from the tapas menu: the pulled pork tacos were to-die for, especially as we chose the option of a crisp taco which added a nice crunchy texture; the jalapeo poppers (pictured below), crumbed in crushed cornflakes, which woke up the sinuses; the fish taco, stuffed with crispy fried hake, a squeeze of lime, sour cream, guacamole and fresh slaw inside a soft taco; and the empaadas, pastries filled with spinach and three cheeses and then fried.

Hot to go... the chilli poppers at Perron in Bryanston. PICTURE: Supplied

Next time, it’ll be a toss-up between the chicken mole (chicken cooked in a spicy green herb and pumpkin seed sauce), or the pork belly – slow-cooked in agave, chilli and lime.

Service, for a newly opened restaurant, was not what you&39;d expect. Our waiter was friendly, well-versed in the menu and certainly didn&39;t skip a beat.

But while we found the churros, served with a thin-tasting dark chocolate sauce, dry and disappointing – the dark chocolate "fulana" tart on a crisp biscuit base was dreamy.

Perron, which means "awesome" in Spanish, brings to mind the Lego movie theme song, Everything is Awesome. Well, almost.