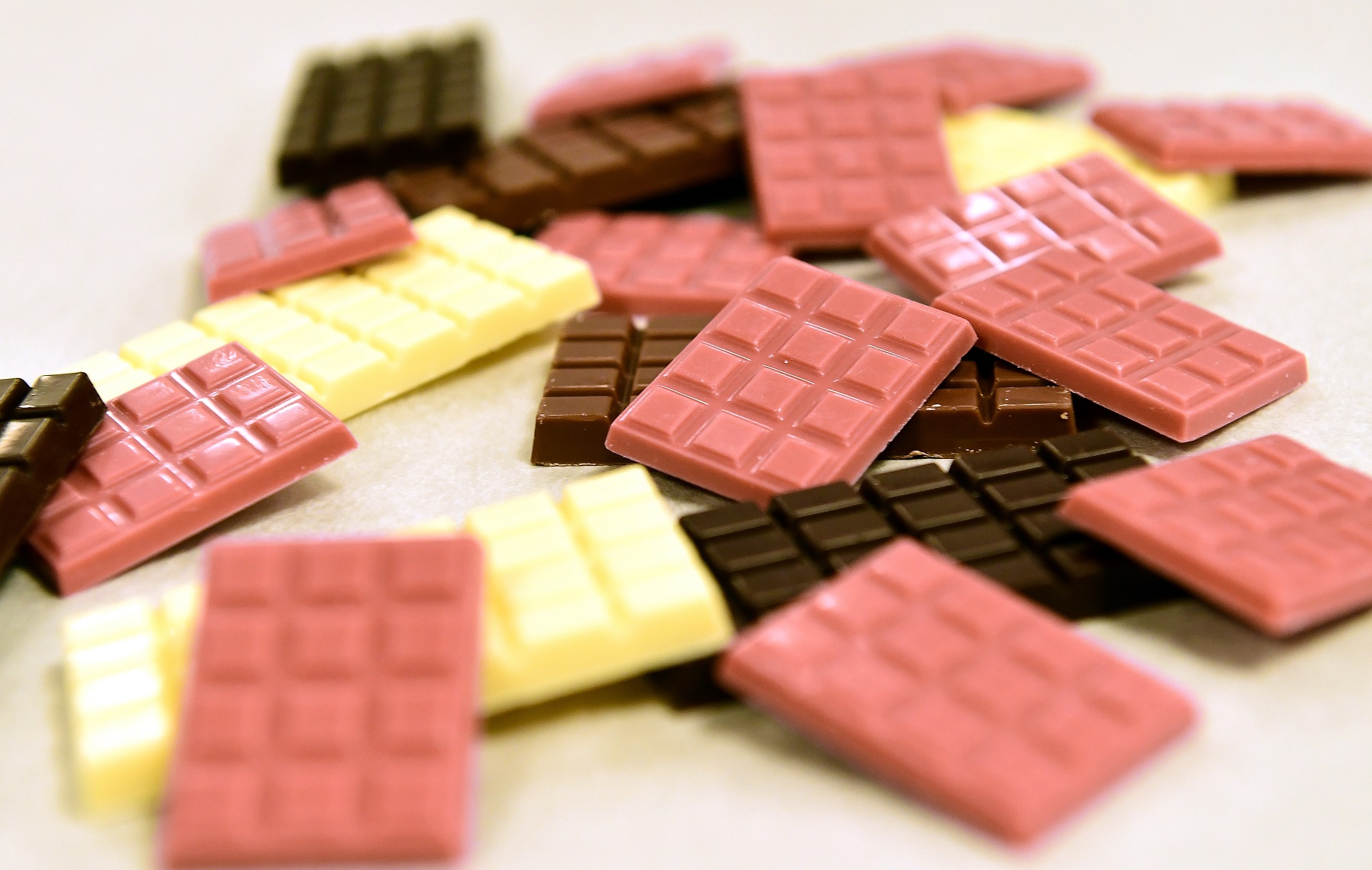 TOKYO – It is a marriage made in Heaven for cute-obsessed Japan: this Valentine&39;s Day, lovers can present the object of their affection with a world first – naturally bright pink chocolate.

The KitKat store in the glitzy shopping area of Ginza in Tokyo is a riot of wall-to-wall pink, as marketing departments go into overdrive to promote the "fourth" type of chocolate, after milk, dark and white.

And the salespeople have chosen their moment wisely: Valentine&39;s Day is a massive business in Japan – with tradition dictating that the women give presents to the men.

"I love pink. I love chocolate. So this is just great for me," said 24-year-old Natsuko Takeuchi, searching for a sweet treat at the Ginza store.

"Knowing that this chocolate is created purely naturally, without any additional flavour or colour. I think it&39;s really good," added Takeuchi, who operates a food trolley on Japan&39;s iconic bullet trains.

For more than 80 years, when white chocolate was invented, the world has had to be content with just three varieties.

In recent news, a new kind of chocolate has been identified. Introducing the rubychocolate. pic.twitter.com/Fxe2fDVHjm

Then in September, Swiss group Barry Callebaut unveiled its new "ruby" type – the fruit of more than 10 years of research – and five months later, bars appeared on shelves in both Japan and South Korea.

The pink colour is obtained naturally, without using additives or artificial colouring, explained Akiko Hara, a manager for Barry Callebaut in Japan.

The colour comes from ruby cocoa "that can be found in normal plantations," Hara told AFP.

The firm&39;s R&D department keeps the recipe a closely guarded secret, locked away in a safe.

The result is a chocolate that tastes both creamy and fruity, with a subtle hint of raspberry.

If Japan is the testing ground for the new variety of chocolate, it was well chosen.

The Japanese chocolate market is worth nearly $5-billion (R60-billion) per year, according to figures from research group Euromonitor.

This places Japan still way behind the United States ($18.9 billion) but at the top of the Asian league table.

Japanese consumers also crave a huge variety of products, as can be seen from the enormous range of KitKat flavours – from wasabi to green tea to sake.

So consumers have a huge choice in what chocolates to buy: "Honmei-choco" for lovers, "giri-choco" for male bosses and colleagues and "tomo-choco" for close friends.

In a sign of how seriously Valentine&39;s Day is taken, Belgian chocolate firm Godiva created a storm when it called on people to forgo the chocs for colleagues (known as "obligation chocolate") to focus on loved ones.

Convenience stores on every corner are packed with potential presents and master chocolatiers also go to town for the occasion, creating ornate shapes such as pink high-heeled shoes made of chocolate.

The result: huge sales. This year, love-struck Japanese are expected to shell out 130 billion yen (one billion dollars) on Valentine&39;s Day chocolates, according to Kinenbi Culture Laboratory, a research group on Japanese festivals.

The tradition of women giving chocolate to men stems from a promotional campaign at the end of the 1950s.

READ: Craving carbs may not be your fault: study

"Males reciprocate the favour a month later on a holiday called &39;White Day&39;, where female significant others receive a gift in return for their Valentine&39;s Day present," said Megumi Matsunaga, an analyst at Euromonitor.

Frederic Madelaine, a French pastry chef who runs several shops in Tokyo, said Valentine&39;s Day was the be-all and end-all for the industry.

"A Japanese woman will hand out on average between eight and 10 presents. Then the man has to return the favour – and triple or quadruple the value of the gift," he told AFP.

"You have to try things out, be innovative, stand out from the crowd," he said.

This year is no exception and among his offerings at this year&39;s annual chocolate fair in Tokyo were a Camembert-shaped chocolate and "dalmatian eclairs" to celebrate the year of the dog.