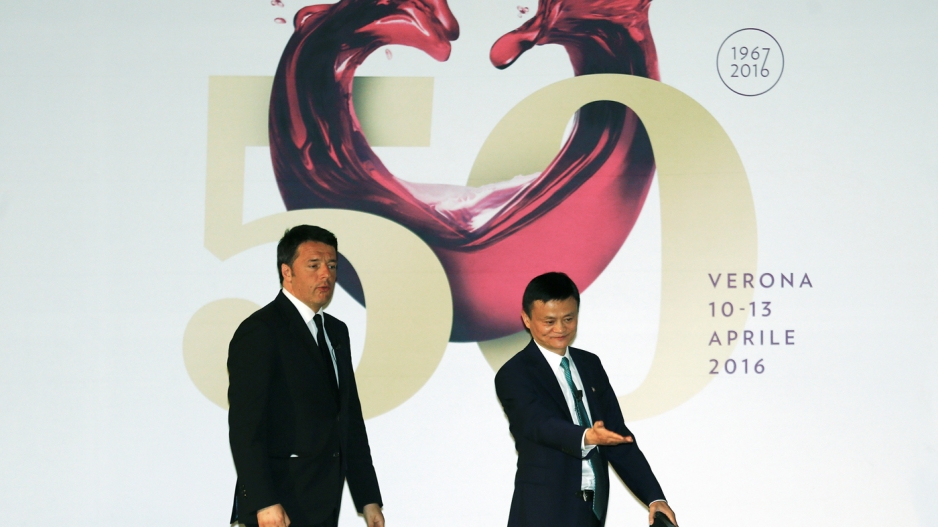 VERONA – As he swirls a glass of yellowy green wine made from the trendy pecorino grape, Fabio Centini purrs with enthusiasm.

"I hadn&39;t even heard of this grape 15 years ago," the Italian-born chef-restaurateur from Calgary, Canada tells AFP between slurps at a tasting of top pecorinos from the Offida area of the Marche region.

"But it is exactly what my customers want. People are looking for new varietals, new experiences."

Centini is one of 55,000 industry professionals from 141 countries gathered in Verona this week for VinItaly, a giant showcase for the best the country has to offer the world&39;s wine lovers.

The 50th edition is the biggest yet and crammed aisles speak volumes about the buoyant state of a sector that employs 1,25-million people and produces more wine than any other country.

Led by a boom in sales of prosecco, which has surpassed champagne to become the world&39;s favourite bubbly, exports of all forms of Italian wine hit a record €5.4 billion (R90,1bn) last year, up more than five percent on 2014.

The trend looks like continuing. A Mediobanca survey found 92 percent of producers anticipating higher sales this year, underpinned by investment which grew 18 percent overall last year and by 37 percent in the surging sparkling sector.

It is all a far cry from the days when Italian wine was synonymous internationally with straw-wrapped bottles of Chianti of variable quality and sometimes questionable provenance.

"They have taken out a bit of the monkey business," says Centini, a VinItaly regular since 1990.

"There was a time when you didn&39;t always know what was in the bottle."

Although recent growth has been led by sparkling wine and strong sales of easy-drinking pinot grigio and other competitively priced varietals, there has also been an awakening of interest in Italy&39;s indigenous red grapes.

These include Aglianico, negroamaro, nero d&39;avola and primitivo (which shares its DNA with zinfandel) from the south and Sicily, and Montepulciano from the central region of Abruzzo, where producers have been quietly picking up international awards in recent years.

The sheer variety can be baffling for consumers and a shortage of strong producer brands is seen as a weakness on global markets.

"Often the same grape gets made in a different style in different parts of the country, even in the same zone. It is complicated even for us Italians to understand.

"But that&39;s Italy. And the industry is moving so fast now, fashions change. When the moment of one wine passes, it is good to have others to take their place."

Change is also afoot at the top end of Italian wines with producers in Tuscany and Piedmont battling to catch up with the Asia-driven gains of France&39;s Bordeaux and Burgundy.

International critics have recognised a major leap forward in terms of the quality and consistency of the best Brunellos, Chianti classicos, Barolos and Barbarescos since the 1980s.

But Stephanie Cuadra, of leading Tuscan estate Querciabella, said Italy&39;s fine wine champions also had to be able to transmit "a sense of origin, a sense of place", in the way that Burgundy, where tiny parcels of land are classified on the basis of minute variations of soil and micro-climates, has done very successfully.

"In terms of fine wine, we are an obvious alternative to France and as palates mature in emerging markets they become more curious, it is a natural evolution," Cuadra said.

Moves towards officially recognising sub-zones in Italy&39;s leading wine areas have got bogged down by local battles over re-classifying areas in a way that will inevitably produce winners and losers.

While insisting that Italy&39;s wines are better than their French rivals, even Prime Minister Matteo Renzi acknowledges that the French have done a better job of selling their wines on global markets.

French wine retails at prices that are 120 percent higher on average than Italy&39;s output and total Gallic export earnings are some 60 percent higher.

"In the last 20 years, Italy has let too many opportunities slip by in this sector," Renzi said during a visit to VinItaly on Monday.

The flipside is that there is still plenty of room for growth, particularly in Asia, which accounted for only 3,4 percent of Italian exports last year. Italian producers are noticeably underperforming in China, which increased imports by 60 percent overall last year, but by only 15 percent from Italy.

That was one reason why Renzi&39;s guest at VinItaly was Jack Ma. The Alibaba boss told his audience that the internet could provide a digital bridge linking Italy&39;s 300,000 producers with what is potentially the biggest wine market in the world.

"China will be home to half a billion upper-to-middle-class consumers in the next 10 years," Ma said. "You must reach out to them where they are."