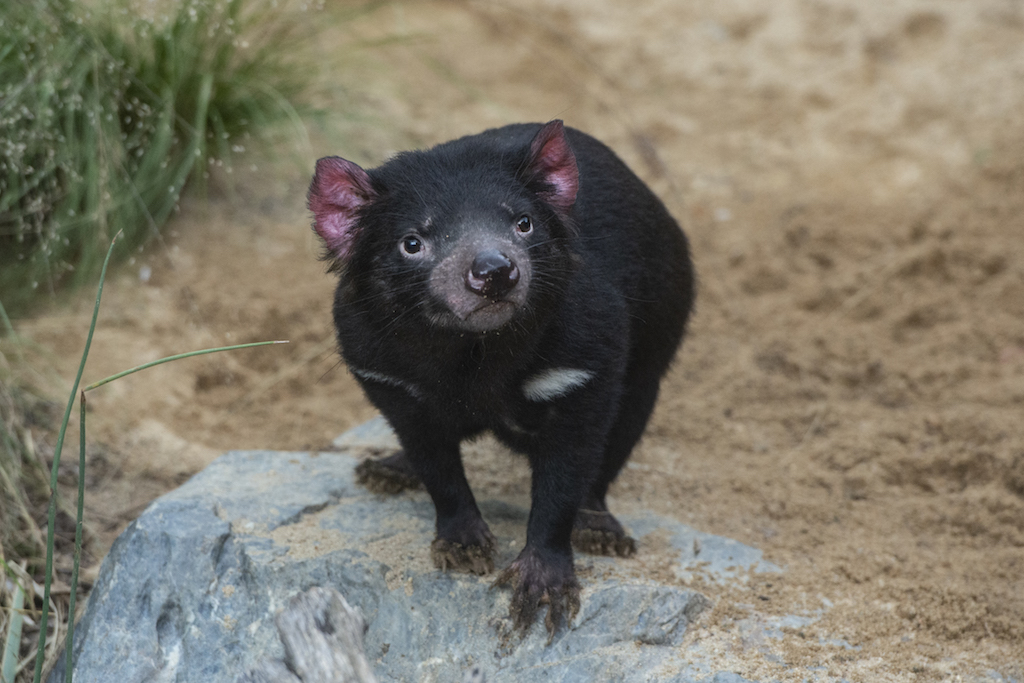 The critically endangered Tasmanian devil is seen in his enclosure at the zoo in Prague. AFP/Michal Cizek

PRAGUE - The Prague Zoo in Europe has welcomed not one, but four endangered Tasmanian devils.

A male named Sumac and females called Nutmeg, Aniseed and Laurel were all born in 2018 and taken to Prague a year later.

They’ve now found a new home in one of the world’s best zoos.

They’ve also been considered to be endangered since 2008 due to an infectious cancerous tumour disease.