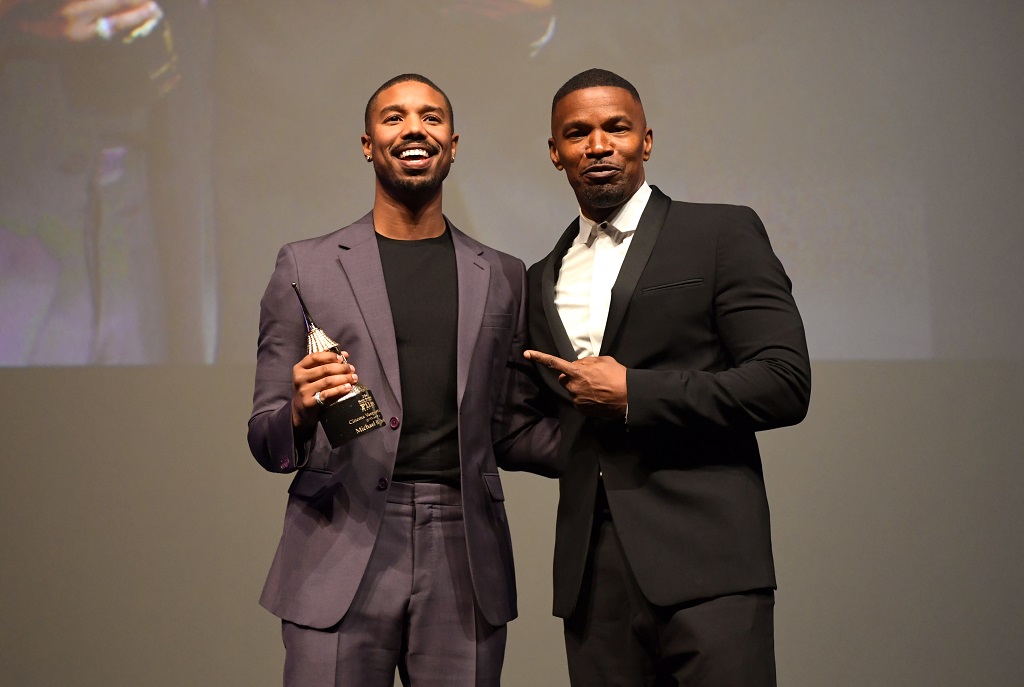 CANADA - Oscar-winner Jamie Foxx on Saturday called on America to tackle the "sinister undercurrent" of racism in its justice system, as his courthouse drama set in a starkly polarized Deep South debuted at Toronto's film festival.

Foxx and Michael B. Jordan - two of Hollywood's top black A-listers - co-star in "Just Mercy," the true story of a black man put on death row in Alabama in 1988 for the murder of a young white woman he did not commit.

"We wanted to make sure people understand how tragic it is, and how commonplace it is - it happens all the time," said Foxx, who plays wrongfully convicted Walter McMillian.

"The perception of Walter McMillan is what got him (convicted), along with the sinister undercurrent of what racism can do - to just take a man out of his car and say 'you killed somebody' in a place he'd never been," he added.

Foxx warned that in the age of the Black Lives Matter movement, too many black and white people remain ignorant or indifferent to racism, and said he hoped the film could awaken people to the prejudice.

He described his own experiences growing up black in Texas and "hearing the N-word being hurled so matter-of-factly," adding that he still feels fear when a cop car appears behind his Rolls-Royce.

The film charts the work of Bryan Stevenson, who as a young black lawyer fresh from Harvard moved to America's Deep South in the 1980s to fight for accused and condemned people without access to legal representation.

Stevenson quickly found that witnesses who helped condemn McMillian had been coerced, and began an uphill legal battle for his client's exoneration.

"As a black man, our communities were preyed upon. And to be able to do my part - use my platform - to get this story out is extremely important to me," Jordan, who plays Stevenson, told AFP on Friday's red carpet.

"Stevenson is an incredible human being - he's a real life superhero," he added at a panel discussion Saturday.

Variety said the movie "will shake you to your soul," and praised Jordan's "quietly amazing" performance, while IndieWire said the "Black Panther" star "practically carries the movie across the finish line by himself."

The movie comes at a time when the divisive issue of race is occupying center stage in the United States.

White identity politics is a centerpiece of President Donald Trump's 2020 re-election strategy, while racial inequality has been a subject of debate among the Democratic candidates, including whether reparations should be paid to descendants of slaves.

The real-life Stevenson, who also attended the festival, said politicians live in a bubble too far removed from the suffering of those who are robbed of justice due to racism.

"If people saw what I see on a regular basis, they would want the same things I want," said Stevenson, who founded Alabama-based human rights group the Equal Justice Initiative.

He said that more than 150 years after emancipation "this idea that black people aren't as good as white people, that our lives don't matter" endures.

"And today, we're still living at a time where there's a presumption of dangerousness and guilt that gets assigned to black and brown people."

Tom Tate, the Alabama sheriff who is portrayed as the film's villain, was reelected six times and only retired this year, Stevenson said.

"The politics of fear and anger will make you tolerate things you're not supposed to tolerate," he warned.

The Toronto International Film Festival, the largest in North America, runs until September 15.

JUST MERCY In theaters this December.