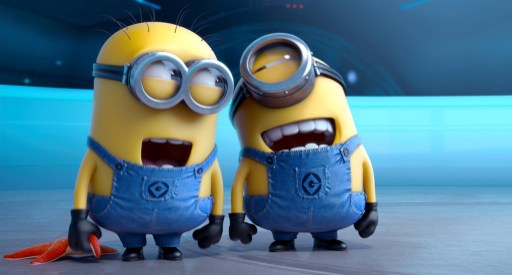 The success of "Despicable Me 2" has highlighted the strength of the French animation industry which has been steadily growing since the 1980s.

PARIS - French animators are enjoying global success, most recently with the blockbuster comedy "Despicable Me 2", US studio Universal&39;s most profitable film ever.

Made not in Hollywood but in Paris&39;s 15th arrondissement by the Illumination Mac Guff studio, the 3D computer-animated movie with stars Steve Carrell and Miranda Cosgrove has taken nearly $700 million at the box office on a budget of $76 million since its release in June.

NBCUniversal CEO Steve Burke said in July that the feature was "going to end up being the single most profitable film in the 100 year history of Universal Studios".

The success of the film has highlighted the strength of the French animation industry which has been steadily growing since the 1980s.

Other studios and US directors are also calling on the know-how of French animators with "The Smurfs 2", part of which was made by Plug Effects, as well as other firms such as Cube or Buf.

Olivier-Rene Veillon, president of the Ile-de-France Film Commission, said the studio&39;s latest film "perfectly illustrates the ability of French studios to make original and innovative content for the world market".

The success of this "made-in-France" animation goes back to the 1980s.

Veillon, like Mac Guff founder Jacques Bled, cites a 1982 initiative by the Ministry of Culture to develop the animation industry through the National Centre for Cinema.

Combined with the first 3D software, it paved the way for a whole generation of animation professionals.

Work generated by the main terrestrial television channels then created an environment in which the firms flourished, added Veillon.

Marc du Pontavice, founder of Xilam, the Paris firm behind television series "Oggy and the Cockroaches", attributes Paris&39;s strength in animation to its centuries-old link to painting and later illustration and cartoons.

He said the training young animators received in Paris was the envy of the world with some 500 student graduating each year, many of whom attracted the attention of big US studios.

Producer Janet Healy, one of Illumination&39;s first employees, said the firm scoured the world to find the right studio for "Despicable Me 2".

Making films in France was "no cheaper (than other countries) if you look at it dollar to dollar," she said.

Now, buoyed by its success, Illumination Mac Guff is planning to expand further.