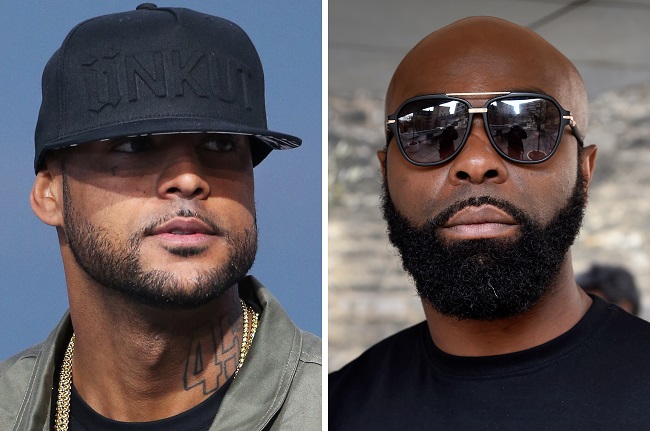 FRANCE - Two feuding French rappers have said they will settle their differences with a two million-euro cage fight in Switzerland in December.

Bitter rivals Booba and Kaaris ended up behind bars last August after a running battle between their entourages shut down part of a Paris airport.

Kaaris posted a video of himself signing the contract for the fight while he nonchalantly ate some chicken and chips with the hashtag, "The rule is that there will be no rules."

'I will drink your blood': French rappers take feud to ring

Booba quickly took to social media to mock his rival.

"He's signed, he's signed," he said. "I wanted (the fight) to happen earlier but the diva and actress wouldn't have it. The important thing is that it happens."

The ultra-violent sport of MMA (mixed martial arts) is still banned in France, so the fight will take place in Geneva.

The winner will take home 1.5 million euros ($1.7-million), while the loser will get a third of that, the promoters confirmed Monday.

While the Ivory Coast-born Kaaris has promised he will drink his rival's blood, Booba, aka Elie Yaffa, has replied in kind.

The rappers' long-running dispute has sparked hilarity on social media.

A month in solitary confinement following the brawl at Orly airport, heavy fines and the threat of 18 months more behind bars have done nothing to cool their animosity.