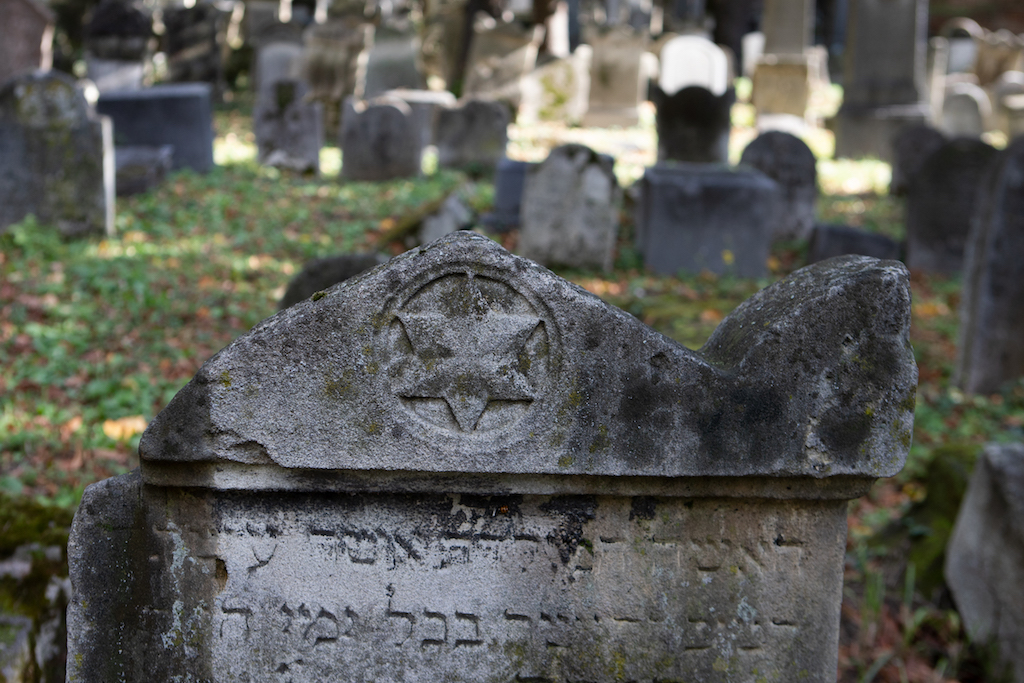 Gravestones are seen at the old Waehring Jewish cemetery in Vienna. The Waehring cemetery has suffered from decades of neglect and vandalism. AFP/Alex Halada

VIENNA - "It might sound strange but when I came here for the first time... I fell in love with this place," says Jennifer Kickert, spokeswoman for an association striving to clean up a long-neglected Jewish cemetery in Vienna's north-eastern suburbs.

As russet-coloured leaves fall gently past Kickert on a beautiful autumn day in the Waehring cemetery, it's easy to see what prompted her enchantment on that first visit ten years ago.

In operation between 1784 and the late 19th century, the artfully carved tombstones and prominence of the people buried in the cemetery make it a "cultural and historical jewel" according to Ariel Muzicant, former president of Vienna's Jewish community organisation IKG.

The cemetery has suffered from decades of neglect and vandalism -- including desecration under the Nazis -- but in recent weeks there has been fresh official support for painstaking restoration efforts undertaken here in the past few years.

The cemetery is now open for tours one Sunday every month as the volunteers go about their work in the background, their wheelbarrows piled high with branches.

"When you work on a grave, clean it and cut away the plants, the stones begin to tell their stories," says tour guide Brigitte Kenscha-Mautner.

Some of the prominent names on those stones -- Epstein, Arnstein, Ephrussi -- need no introduction to those familiar with Viennese history.

As Kickert says: "The most exciting thing about this place is that the people buried here helped build Vienna as we know it today."

The art and architecture of the time also has echoes here, with some stones sporting Biedermeier and neo-Gothic touches while others with more Oriental influence mark the gravesites of Sephardic members of the community.

Some of the women buried in Waehring, such as Fanny von Arnstein, hosted some of Vienna's most celebrated salons, where diplomats, artists and politicians rubbed shoulders.

While some pebbles left by visitors can be spotted on the gravestones -- a traditional Jewish mark of respect for the dead -- most of the descendants of those buried there either perished in the Holocaust or are now outside Austria.