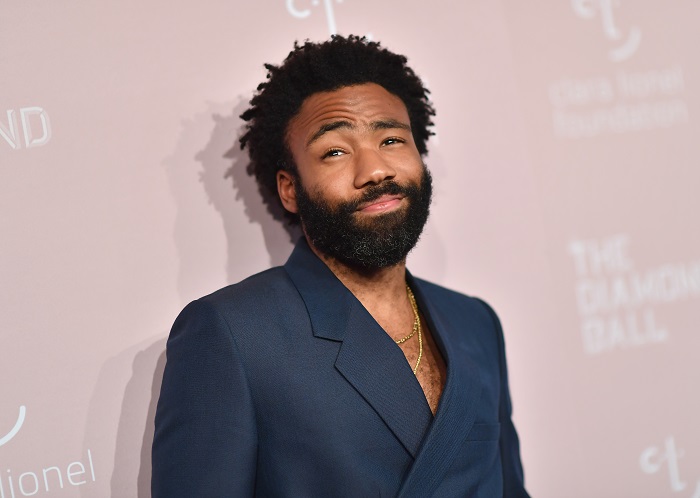 JOHANNESBURG - Donald Glover has dropped his highly anticipated film with Rihanna during a Coachella performance by his rap alter ego Childish Gambino that could be one of his last.

The star famous for his music but also successful in film, television and comedy delivered a pared-down headlining performance heavy on dance but light on production to wrap the first night of the premier music festival set in the California desert on Friday.

The 35-year-old -- who recently announced he will retire his moniker Childish Gambino after wrapping his current tour and releasing one more album -- made the film with director Hiro Murai, who is also behind the artist's acclaimed "Atlanta" series and directed his video for the Grammy-winning hit "This Is America."

The film sees Rihanna play singer Glover's tough-to-please girlfriend, and centers on themes of music's power to unify and the weight of capitalism.

During his pumping yet pensive show a shirtless Glover -- frequently undulating his hips in the style of his acclaimed "America" video -- strode a catwalk jutting into the enormous crowd there for the three-day weekend of music's hottest acts.

"All we really have at the end of the day are memories," Glover said after acknowledging the recent deaths of rappers Nipsey Hussle and Mac Miller.

"At least one of you won't see next week," he said. "While we're here, feel something and pass it on."

Surrounded by a troupe of women dancers, Monae -- who underwent several costume changes that included a black leather bodysuit, garter-style tights and her famous flowing pink pants that mirror a vagina -- gave a theatrical show that included twerking, guest appearances from indie hip hop star Lizzo and surrealist rapper Tierra Whack, and a subtle tribute to her late collaborator and mentor, Prince.

The 33-year-old native of Kansas City closed by noting her background as a "young, black, queer woman who grew up in the Midwest," saying that "this is a pivotal moment in our history."

"Let's celebrate those who need to be celebrated," she said to cheers, before raising her middle fingers and delivering a brief but expletive-laden admonishment of President Donald Trump's administration.

Reigning Grammy queen Kacey Musgraves brought her unique psychedelic twang to Indio, belting out hits as the sun set over the nearby San Jacinto Mountains.

"You all look beautiful during this golden hour," the 30-year-old, donning a shimmering red fringe mini-dress with a golden belt and matching heels, said, nodding to the title of her record that nabbed the coveted Album of the Year Grammy.

Musgraves is leading a new generation of female country stars bringing former naysayers of the genre into the fold.

"I used to say the cliche: 'I love music just not country,'" said Deison Afualo of California. "But she's bringing it back into the mainstream."

"I'm queer and I like that she sings about queer love, and sings with gender-neutral pronouns," the 25-year-old told AFP.

"It makes me feel a lot more accepted."

WATCH: Beyonce, Donald Glover to sing 'Can You Feel The Love Tonight' for Lion King remake

As Glover took the stage, French-British performer Charlotte Gainsbourg, 47, played Coachella for her second time, just after the jaunty electropop French duo Polo and Pan amped a packed tent with their set.

Earlier, Los Tucanes de Tijuana -- one of Mexico's most famous narco-ballad bands, barred from their home city over their glorification of drug traffickers -- played to a delighted crowd who reveled in their accordion and guitar-heavy anthems.

That some festival-goers sported narco costumes was met with dismay by many on social media, who saw the band's performance at Coachella -- one of the trendiest music events of the year -- as an unfortunate level of acceptance of the band's song content.

K-pop band Blackpink also won over an audience with their first full US show before kicking off a stateside tour.

"Us coming all the way from South Korea, we didn't know what to expect, and obviously we -- you guys and us -- we're from totally different worlds," said the group's Rose.

"But tonight I think we've learned so deeply that music brings us as one."