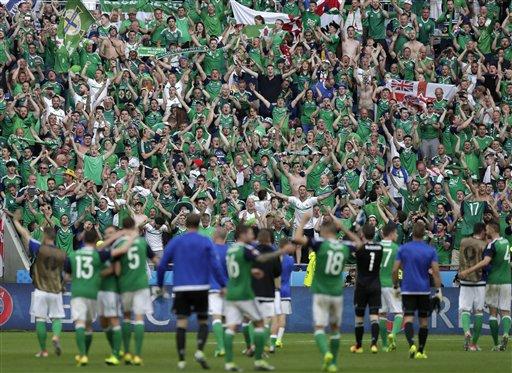 HANOI - Football and a flutter go hand-in-hand in Vietnam making Euro 2016 a golden opportunity for fans to enjoy two national obsessions, even for those who have already bet their houses on the beautiful game and lost.

Each major football championship is followed by a slew of reports of big wins, losses and suicides that fixate a nation with a particularly deep love for gambling, even though it is outlawed.

Speaking at a small cafe in Hanoi, Nguyen The Hoang recounts an astonishing gambling run during the last European Championship in 2012 that ended up wiping out his fortune.

"Football betting cost me almost half a million dollars," the 58-year-old explains of a bad streak that cost him two homes and a restaurant.

"My wife hates football so much because it ruined our lives."

The father of two now washes dishes at a small streetside noodle shop, where his wife prepares bowls of pho that bring in a meagre $10 a day.

But his impecunious new life has not dulled his lust for a gamble, with Euro 2016 no exception.

The bets are now more modest, but Nguyen said he nearly doubled a $20 (about R290) stake last week by backing England to beat Wales in their group qualifier.

The lure of striking it rich and a culture steeped in superstitions surrounding luck captivate many in a nation in which rapid development has unleashed a hunger for new luxuries and larger slices of the economic pie.

Illegal betting typically spikes during major sporting events, such as the World Cup and European Championship, when millions of dollars trade hands and are wired overseas.

Exact figures are hard to come by. The government has not made any estimate and there has been little academic research on the phenomenon.

However, a police operation against an illegal betting ring that was announced by state media earlier this month provided a rare window into the sums involved.

Officials said they had arrested 23 people from a single gang that had taken in a total of $340-million worth of bets over the previous 12 months.

With Euro 2016 in full swing, Hanoi pawnshops are filling up with smartphones, motorbikes, cars and even land certificates as gamblers rustle up cash for the big games -- and to cover heavy losses.

Many are likely to find themselves bankrupt -- or desperately hiding from bookies and their henchmen -- by the tournament&39;s end.

Those who fail to pay face harassment and threats from their creditors, with debt collectors deployed to homes or workplaces.

And as usual it is the bookies who always seem to have the last laugh.

On the surface Phuc, a pseudonym, is a law-abiding Hanoi jewellery shop owner. But in reality, the 55-year-old plies his trade as an illegal gambling agent, earning a one percent commission on all the bets he brokers.

In an interview with AFP he explained how his syndicate works.

A network of bookies collect cash from punters who pass him the money that is then placed online by "big bosses".

Those bosses, he explains, are connected to illegal syndicates in Hong Kong and Taiwan.

He expects to rake in tens of thousands of dollars during Euro 2016, he told AFP, adding that up the chain the returns will be "too huge" to estimate.

That is thanks to regular punters like Tran Quoc Vinh, whose main source of income for the last 15 years has been gambling.

While he is not a massive football fan, he has had a very successful Euro 2016 so far with his $500 initial stake now worth 10 times more after just a few matches.

By sending a text message or making a quick call, Vinh places bets worth hundreds of dollars within seconds.

His brokers often stump up the cash for him in good faith that he will pay.

"The agents transfer the order up to maybe two or three more levels," Vinh explained, adding that payments are usually settled in the following days.

"Betting is the game of trust. We count on each other to be successful," he said.

In recent years there has been some debate in Vietnam&39;s staid and heavily censored state media on whether gambling should be legalised, handing the government a potential bonanza in tax takings.

"There is always demand and that leads to supply," he said grinning.