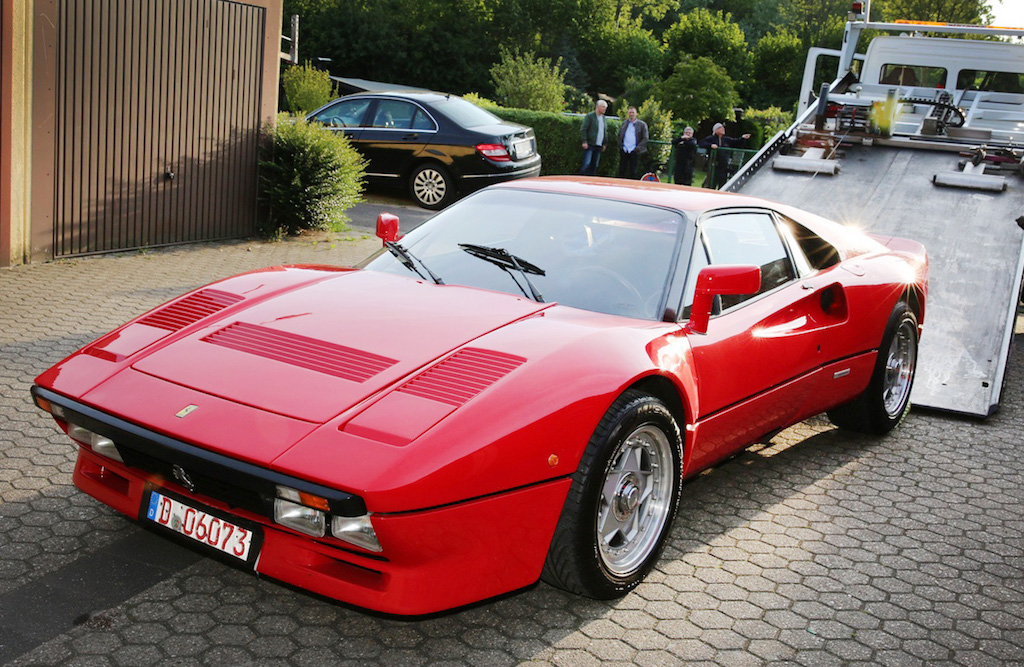 A stolen Ferrari 288 GTO vintage car is being pulled on a tow truck after the vehicle was discovered in a garage.

BERLIN - German police launched a search for a man who, during a test drive of a vintage Ferrari worth over two million euros, sped off with the luxury sports car.

Police issued a wanted picture of the burly man wearing glasses and a dark blue blazer who made off with the 1985 Ferrari 288 GTO on Monday in Duesseldorf.

The car, painted in classic Italian racing red, was recovered a day later in a garage where the thief had tried to hide it, but the suspect remained at large.

The theft happened as the would-be buyer and seller stopped to swap drivers.

While the car seller was outside the vehicle, the man slammed his foot on the accelerator of the 400-horsepower vehicle and roared off down a country road.

The man, who had described himself as a car collector, had arrived for the test drive by taxi.