Ghana wakes up and smells the coffee 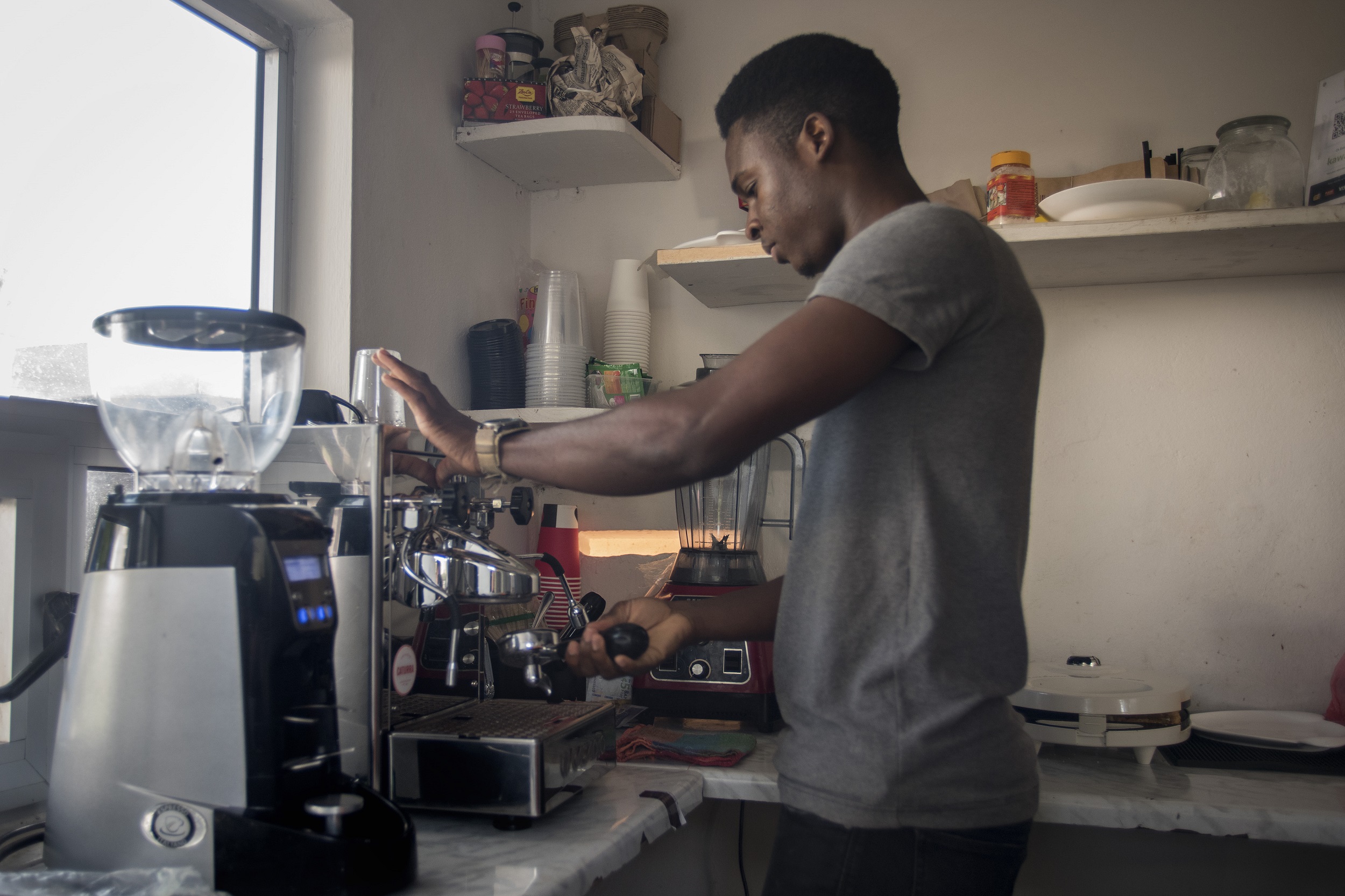 A barista prepares a coffee with beans from Ghana's Volta Region at a coffee shop in the Osu neighbourhood of Accra on August 24, 2017.
AFP

LEKLEBI FIAPE, Ghana - Like many people around the world, 80-year-old Kofi Afadi can't start his morning without a cup of coffee.

"Every morning when I take coffee I feel happy and go about my day," the farmer told AFP in his village in the green hills between Lake Volta in Ghana and the border with Togo.

"When there is no coffee it seems I am the most miserable person around here," he said.

In common with many of his fellow coffee farmers, Afadi, whose dark hair and moustache are speckled white, also grows cocoa - Ghana's biggest crop.

The country is the second largest cocoa exporter in the world behind neighbouring Ivory Coast.

Production of coffee, which was introduced to Ghana at the same time in the 18th century, trails in comparison.

But it has rebounded in recent years, thanks to a growing overseas demand and a blossoming domestic market that is giving farmers hope of growing a major cash crop.

A collapse in the price of coffee in the 1980s caused many Ghanaian farmers to abandon the crop, according to Michael Owusu-Manu, a researcher at Ghana's Cocoa Board.

But a government scheme launched in 2011 to revive the sector has transformed production and marketing of Ghanaian coffee.

It led to 2,400 hectares (5,930 acres) of new and revitalised coffee plantations, with farmers attracted by the introduction of fair prices for the crop.

READ: Ghana is 60: An African success story with tough challenges ahead

Owusu-Manu said the impact of the scheme is easy to overlook because much of Ghana's coffee is sold in West Africa and does not appear in official export statistics.

The beans that stay in Ghana are sold to local roasters, who must compete in a market where most coffee is imported.

Afadi hopes government support and a planned coffee farmers' association will help them to wean locals off imports and establish Ghanaian beans in the home market.

Ghanaian coffee is a matter of heritage and personal pride for the country's farmers.

Afadi's coffee farm in Leklebi Fiape, some 200km north-east of the coastal capital, Accra, is on the same plot where his father grew coffee in the 1920s.

As a child, he remembers watching his father roast and grind his own beans, transforming them into a rich black brew - just like the ones he enjoys every day.

He is disdainful of the jars and single-serving sachets of instant coffee granules found on sale in supermarkets and shops.

For now, he gets his coffee from neighbouring farms, including the one run by nursery manager George Klu.

But Afadi is in the process of planting 900 seedlings that the government gave him for free.

He expects to harvest his first crop in four years' time when he hopes global demand will only be higher.

The International Coffee Organisation reports that global annual coffee consumption has grown an average of 1.3 percent every year since 2012.

Klu (60) has two coffee farms and runs the nursery that produces the coffee seedlings for the government programme.

He also hopes that coffee will be a silver bullet to Ghana's burgeoning youth unemployment.

"Our youth are trying to be reluctant about farming," he said, cutting back weeds with a machete.

"But I may say it is just not wise for them to do so because farming is a lucrative business."

Local coffee retailers such as Kawa Mako may be part of the solution to boosting the local market.

The small coffee shop he runs was set up with local farmers in mind and proudly makes lattes, espressos, and Americanos with beans from Volta Region farms.

"We want to export, to put our products in shops and malls across the country. We want people to know that coffee from Africa, from Ghana, is a high quality," said Asare