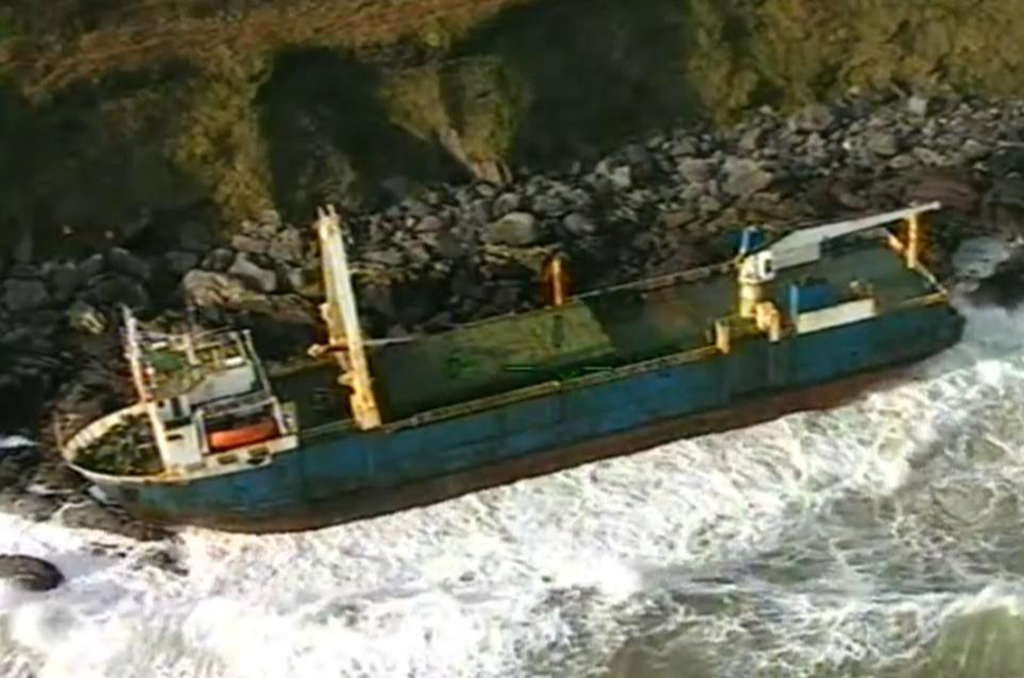 The abandoned 77-metre cargo ship MV Alta ran aground on rocks outside the village of Ballycotton near Cork, bringing an end to her months-long voyage.

BALLYCOTTON - A "ghost ship" drifting without a crew for more than a year washed ashore on Ireland's south coast in high seas caused by Storm Dennis, the Republic's coast guard said.

The abandoned 77-metre cargo ship MV Alta ran aground on rocks outside the village of Ballycotton near Cork, Ireland's second city, bringing an end to her months-long voyage.

The Alta's odyssey began in September 2018 when she became disabled in the mid-Atlantic en route from Greece to Haiti.

Her 10 crew members spent 20 days on board the listless ship as it floated 2,220 kilometres southeast of Bermuda before they were taken off by the crew of a US Coast Guard cutter.

At the time the US Coast Guard said it was working with the then Tanzanian-flagged ship's owner to arrange a tug back to shore.

But the question of her subsequent movements then become clouded.

Maritime news site Fleetmon reported receiving correspondence from the alleged owner, saying the ship had been twice hijacked from Guyana in the process of being salvaged.

The next official sighting of the 44-year-old vessel came in August 2019 when British Royal Navy ice patrol ship the HMS Protector found the Alta floating crewless in the mid-Atlantic.

"We closed the vessel to make contact and offer our assistance, but no one replied," according to the ship's Twitter feed.

The Alta's journey ended on the rocks over the weekend as Storm Dennis raged, lashing Ireland with heavy rain and winds up to 110 kilometres per hour.

The Irish Coast Guard said a rescue helicopter was sent to the scene on Sunday but no crew was found.