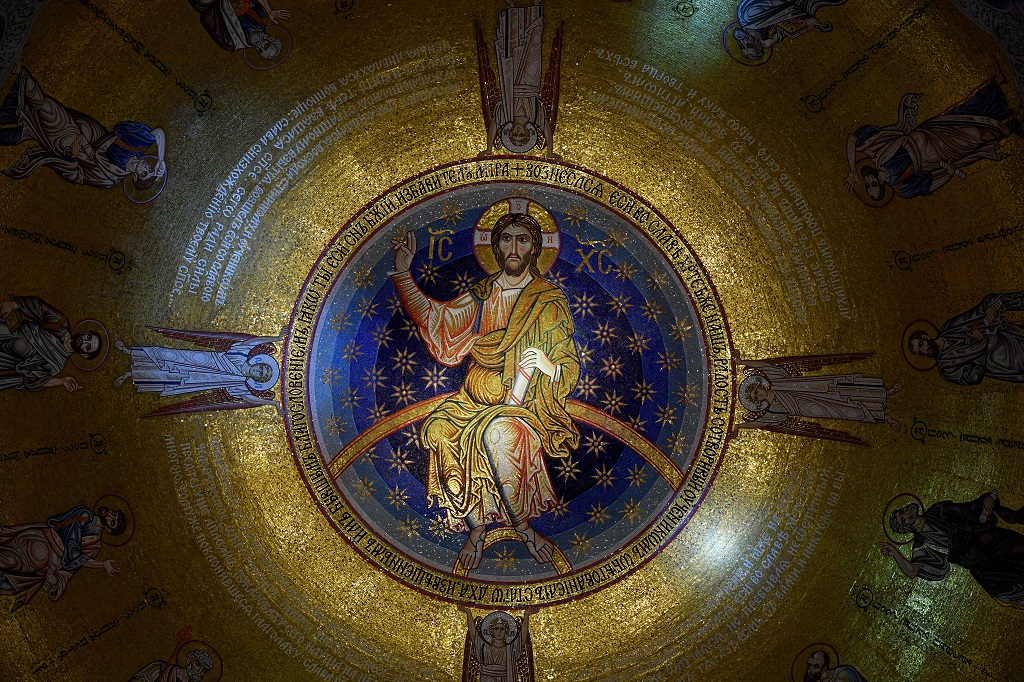 The new mosaic in the Saint Sava Serbian Orthodox church in Belgrade on February 22, 2018.

BELGRADE - A four-million-euro (R57.4-million) mosaic depicting Jesus Christ was unveiled in inside the world&39;s second largest Orthodox church in Belgrade on Thursday.

The giant mosaic, which weighs 40 tons and was worked on by 70 Serbian and Russian artists, decorates the central dome of the city&39;s Saint Sava Orthodox cathedral.

The unveiling was attended by Russian Foreign Minister Sergei Lavrov, who arrived in the capital on Wednesday for a two-day visit, alongside Serbian President Aleksandar Vucic and Bosnian Serbia leader Milorad Dodik.

Take a look at the central composition of the interior mosaic in the dome of St. Sava&39;s Temple in Belgrade - ahead of its official unveiling/PHOTOShttps://t.co/kIgEGCQnwK pic.twitter.com/QgqTpX2ONJ

Vucic commended the project for "weaving in millions of glittering pieces into one single message of brotherhood and solidarity" and thanked the lead artist, Russia&39;s Nikolai Mukhin.

The mosaic represents Christ&39;s Ascension into heaven and was financed by Russian energy giant Gazprom.

It was assembled in Moscow for a year before being transported to Belgrade.

The construction of Saint Sava cathedral, which can accommodate up to 10,000 people, started in 1939, based upon the model of Haghia Sophia in Istanbul.

But building was interrupted two years later with German occupation at the start of World War II.

Neglected by former Yugoslavia&39;s communist authorities, the project to finish the cathedral has gone on for decades.

According to a deal signed in 2012, Russia is participating in the decoration of the cathedral dedicated to the Serbian Orthodox Church founder.

While visiting the cathedral, Lavrov also met the head of the Serbian Orthodox Church, Patriarch Irinej.

Serbia and Russia, both mainly Orthodox countries, are traditional allies.