Going once, going twice... Pakistan lions up for auction 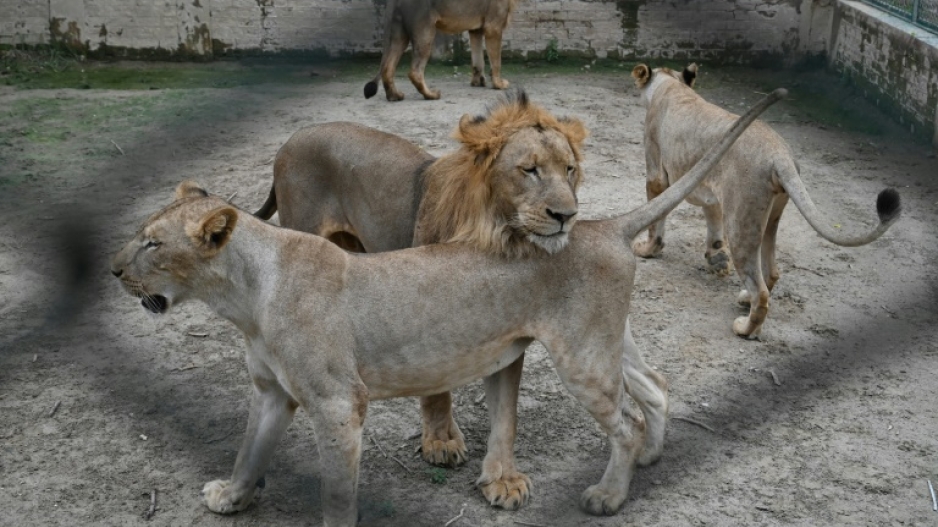 LAHORE - A Pakistan zoo is auctioning off a dozen lions to private collectors next week to free up space for a pride that won't stop growing.

Lahore Safari Zoo now has so many big cats that their lions and tigers have to take it in turns to access the paddocks, said Tanvir Ahmed Janjua, the zoo's deputy director.

"Not only will we free up more space here, but our expenses for meat to feed them will also decrease," he told AFP.

The zoo is currently home to 29 lions, and officials plan an auction on August 11 to sell 12 of them, aged between two and five years old.

There are also six resident tigers and two jaguars.

Conservationists are opposed to the sale, with the environmental group WWF saying the creatures should be moved to other established zoos, or breeding females sterilised or given contraceptives. 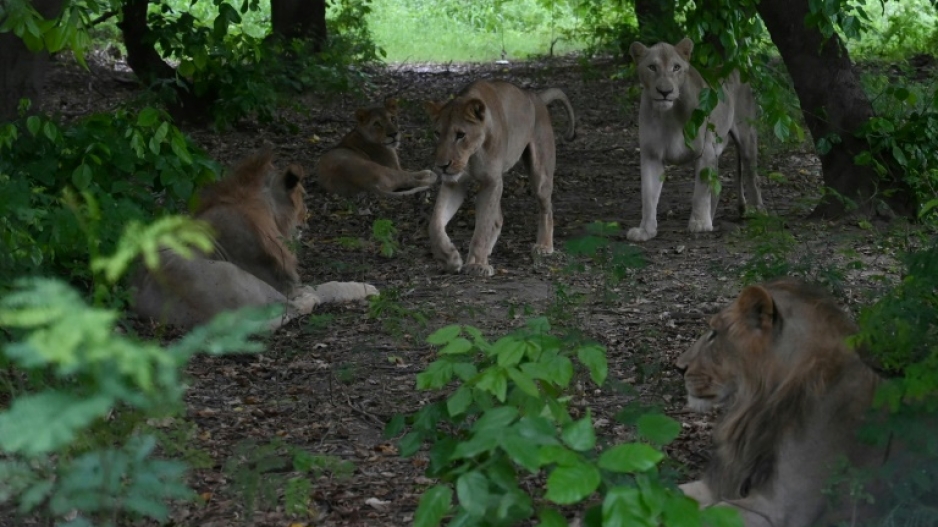 "Once an institution such as a zoo places a price tag on a wildlife species it is promoting trade -- which is counterproductive to conservation," she added.

Keeping lions, tigers and other exotic wildlife as pets is not uncommon in Pakistan, and is seen as a status symbol.

Wealthy owners post images and video clips of their big cats on social media, and rent them out as props for movies and photoshoots.

Zoo officials have set a reserve of 150,000 Pakistan rupees ($700) per cat, but hope each will fetch around two million rupees.

Not just anyone can take part in the auction, however.

Janjua said buyers will have to be registered with provincial authorities and show they have the means to provide proper care and shelter for the creatures. 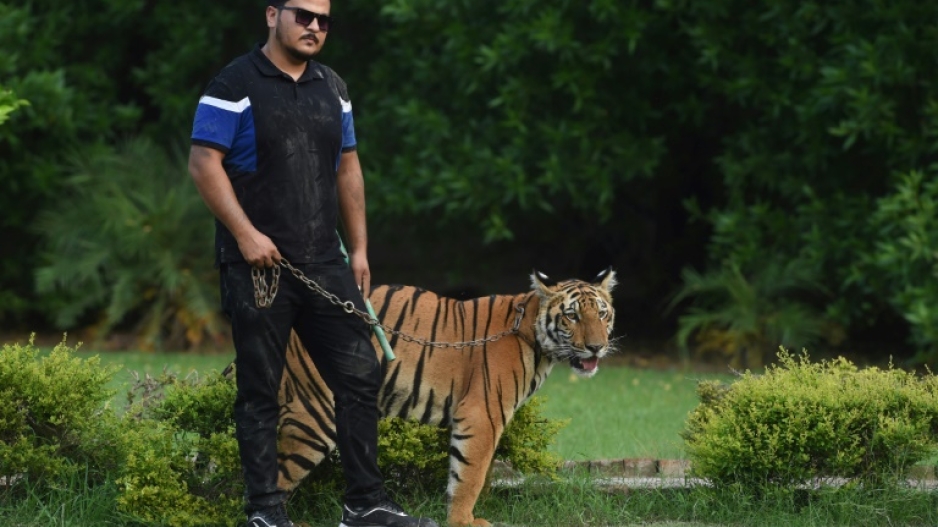 Animal collector Nouman Hassan, seen here with his pet tiger on August 4, says he will 'try to buy two to three lions for sure'

Nouman Hassan, who fell foul of authorities in the past when he was filmed walking his pet tiger on a leash in Lahore, plans to take part.

"I will try to buy two to three lions for sure," he told AFP, adding the auction was a good way to diversify the gene pool for private collectors who already owned a big cat.

With little legislation to safeguard animal welfare, zoos across Pakistan are notorious for their poor facilities, but the Lahore Safari Zoo is considered one of the best, set over 200 acres.

In April 2020 a court ordered the only zoo in the country’s capital to shut after poor facilities and mistreatment of the animals there were revealed. 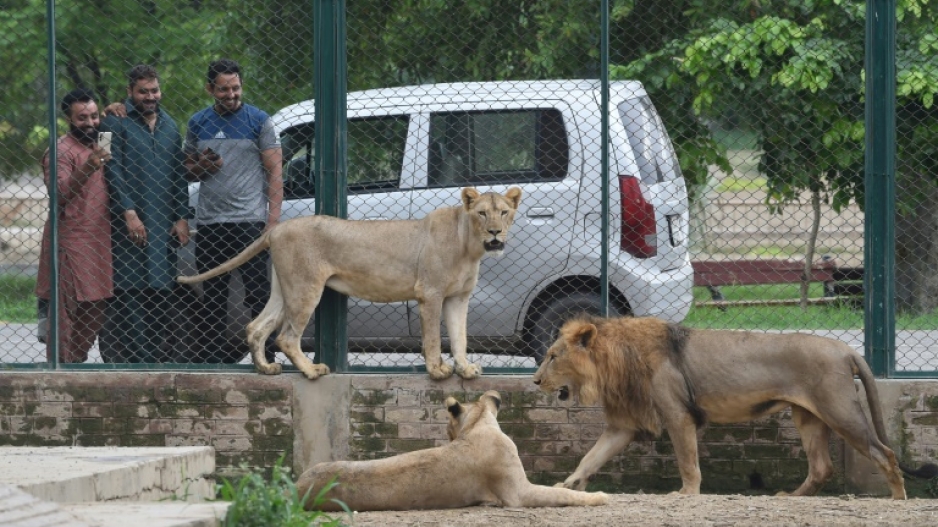 Conservationists have raised concerns about the sale of the lions

The facility had drawn international condemnation for its treatment of an Asian elephant named Kaavan, who was later airlifted to retirement in Cambodia in a jumbo project spearheaded by US popstar and actress Cher.

Veterinarian Khan said the animals at Lahore Safari Zoo were being given the best possible care -- something reflected in their fecundity.

"They are experiencing a good life in captivity with us," he said.