Half of Canadians fooled by COVID-19 conspiracy theories 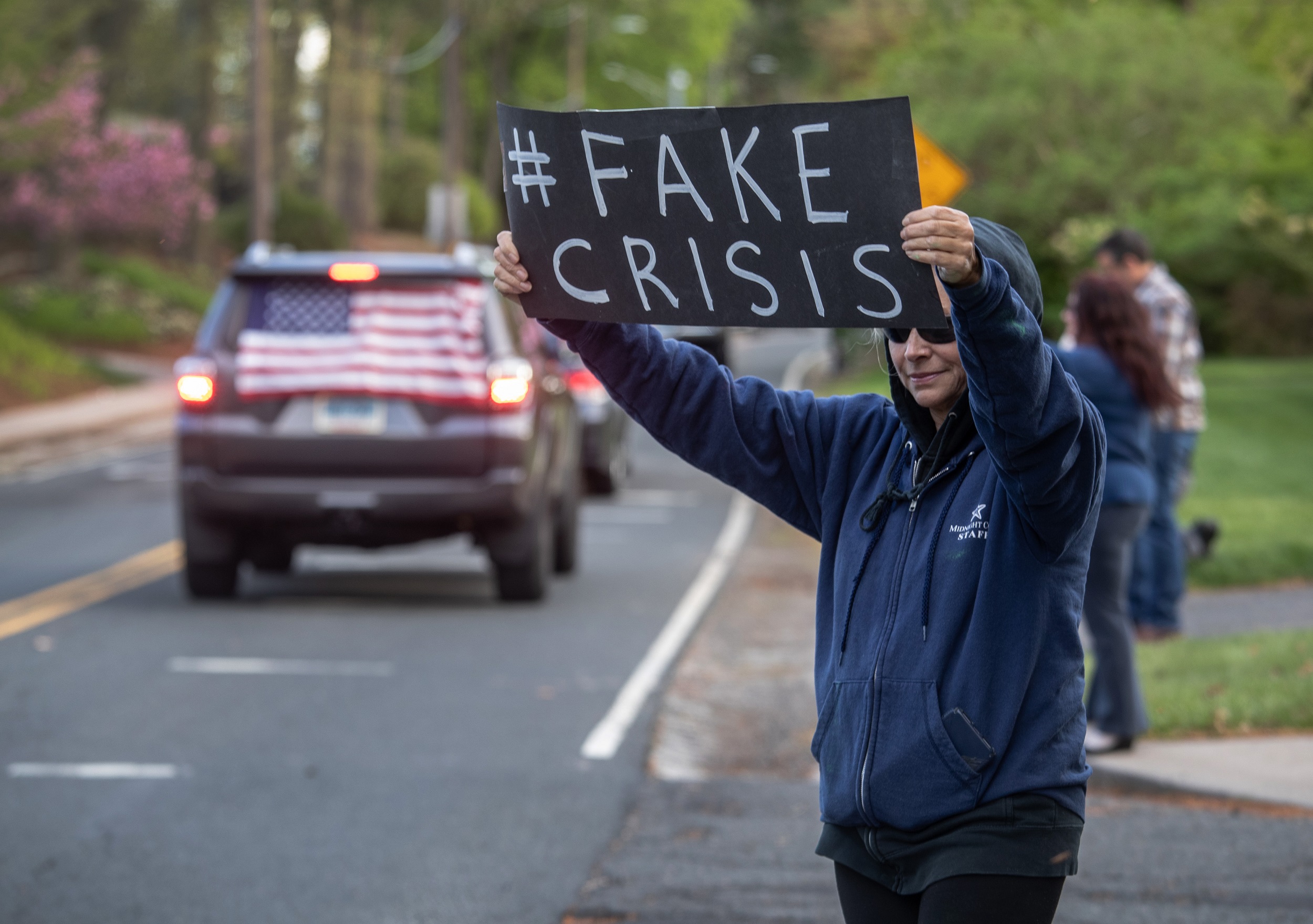 The top fake -- that the coronavirus was engineered as a bioweapon in a Chinese lab and released into the general population -- was believed by 26 percent of Canadians.

OTTAWA - Nearly half of Canadians subscribe to coronavirus conspiracy theories, including debunked miracle cures, notions of a 5G cover-up or that the virus was engineered in a Chinese lab, according to a new study.

The School of Journalism at Carleton University in Ottawa surveyed 2,000 Canadians and found that 46 percent believe in at least one of four key myths circulating online.

The fear, she said, is that people won't take the COVID-19 threat seriously and will ignore public health guidance such as social distancing, opening the door to a resurgence of the outbreak.

The top fake, according to the study -- that the coronavirus was engineered as a bioweapon in a Chinese lab and released into the general population -- was believed by 26 percent of Canadians.

Another 11 percent of respondents said they thought COVID-19 is not a serious illness but was being spread to cover up alleged harmful health effects associated with exposure to 5G wireless technology.

Twenty-three percent also said they believe unproven claims promoted by US President Donald Trump that medications such as hydroxychloroquine -- an anti-malaria drug which has been linked to heart complications -- are effective in treating the illness.

And 17 percent thought that rinsing their nose with a saline solution would provide protection from infection.

Some 57 percent of Canadians also said they believed they could spot misinformation. Everts said this overconfidence "sets people up for being duped."

READ: COVID-19: Government to clamp down on 'fake' posts

She said it's human nature to want to understand goings-on, especially in a crisis when people feel anxious or powerless.

"When bad things happen, we want to know why because it's comforting, even if the explanation is bizarre," she said.

"And people during this pandemic have certainly come up with some bizarre scapegoats."