HBO addresses 'Game of Thrones' backlash, prequel in the works 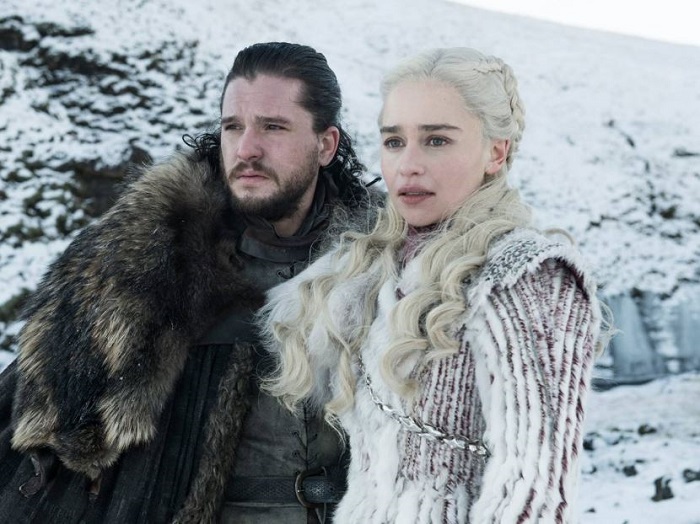 FILE: "Game of Thrones," which began in 2011 and wrapped up earlier this year, was perhaps the cultural touchstone of the decade.

BEVERLY HILLS - The first episode of a possible prequel series to HBO's global hit "Game of Thrones" has completed filming in Belfast, a network executive said on Wednesday.

HBO executives will review the episode before deciding whether to make a full season but Casey Bloys, president of programming at the network owned by AT&T Inc, appeared upbeat about what he had seen so far.

"It looks really good. The cast was amazing," Bloys said in response to questions at a Television Critics Association event where networks preview upcoming shows.

With "Game of Thrones" concluding its eight-season run in May, many fans are eager to return to the fictional world of Westeros created by author George RR Martin.

The series was a cornerstone of HBO's primetime offerings, but its final season was divisive, with both fans and critics finding specific plot twists, particularly the handling of one primary character, troubling. Nearly 1.7 million people signed an online petition calling for a rewrite of the final season.

Despite the uproar, "Game of Thrones" led this year's Emmy contenders with 32 nominations.

Bloys said the backlash did not change the network's approach to the prequel, which stars Naomi Watts and is set thousands of years before the events of "Game of Thrones."

The petition showed "a lot of enthusiasm and passion for the show," Bloys said, but "wasn't something we seriously considered."

"There are very, very few downsides to having a hugely popular show," Bloys said. "One I can think of is when you try to end it, many people have opinions on how it should end ... I think it just comes with the territory."