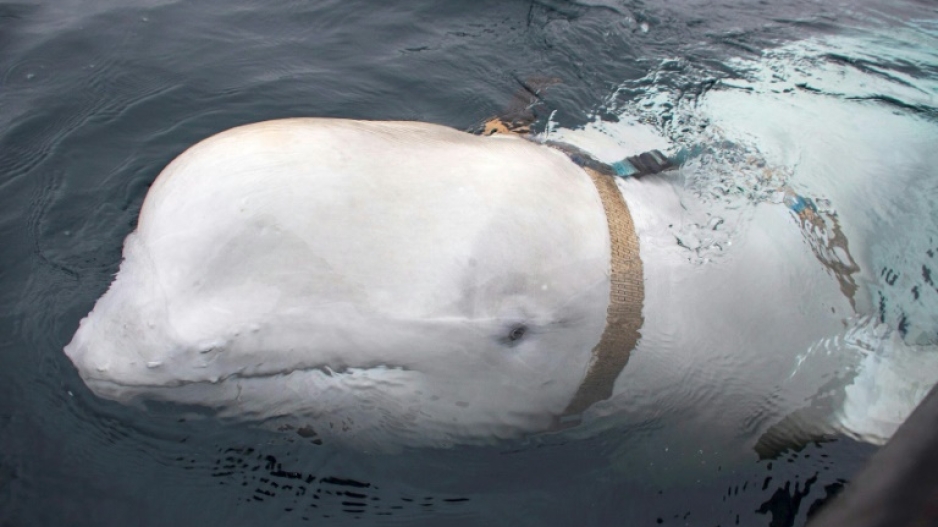 File: While adult Belugas migrate away from the Arctic in the autumn to feed, they rarely venture so far south. AFP/Jorgen Ree Wiig

PARIS - A beluga whale that swam up France's Seine river appears to be underweight and officials are worried about its health, regional authorities said.

The protected species, usually found in cold Arctic waters, had made its way up the waterway and reached a lock some 70 kilometres from Paris.

The whale was first spotted on Tuesday in the river that flows through the French capital to the English Channel and follows the rare appearance of a killer whale in the Seine just over two months ago.

French rescue services as well as firefighters and biodiversity officials mobilised swiftly and kept a close eye on the whale throughout the day to evaluate the "worrying" health of the mammal, the local prefecture said.

It added the whale seemed to have "skin changes and to be underweight".

It is "currently between the Poses dam and that of Saint-Pierre-la-Garenne", around 70 kilometres (43 miles) northwest of Paris.

But Mauger said rescuers were struggling to guide the whale to the mouth of the Seine.

Officials did not specify the size, but an adult beluga can reach up to four metres in length.

Authorities in Normandy's Eure department urged people to keep their distance to avoid distressing the animal.

Lamya Essemlali, head of the non-profit marine conservation organisation Sea Shepherd, said some of her team would arrive with drones in the evening to locate the whale more easily. 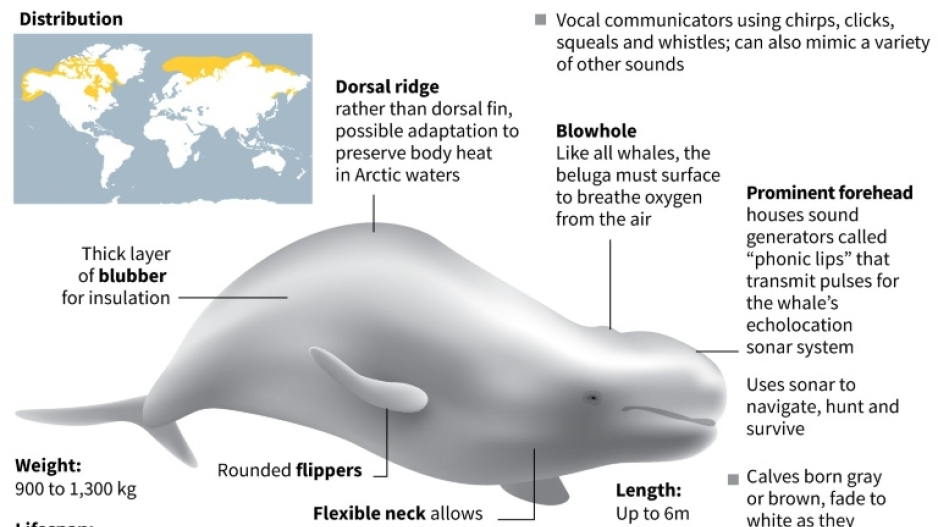 "The environment is not very welcoming for the beluga, the Seine is very polluted and cetaceans are extremely sensitive to noise," she said, adding that the Seine was "very noisy".

In late May, the killer whale -- also known as an orca, but technically part of the dolphin family -- was found dead in the Seine between Le Havre and Rouen.

The animal had found itself stranded in the river and was unable to make its way back to the ocean despite attempts by officials to guide it.

"The urgency is to feed the whale to prevent it from suffering the same fate as the orca who died after starving to death," Essemlali said.

The prefecture said it would assist and monitor Sea Shepherd's efforts.

The Eure authorities said lone belugas do sometimes swim further south than usual, and are able to temporarily survive in fresh water.

While they migrate away from the Arctic in the autumn to feed as ice forms, they rarely venture so far south.