Hey, You! Rolling Stones warn Trump of legal action over song use 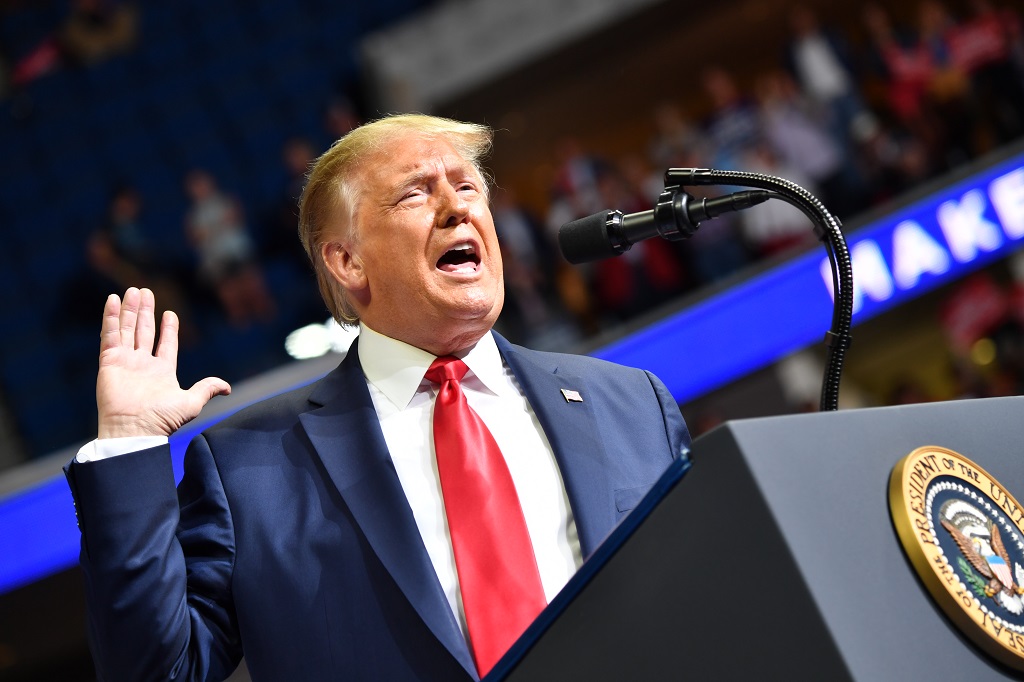 US President Donald Trump speaks during a campaign rally at the BOK Center on June 20, 2020 in Tulsa, Oklahoma.

LONDON - British rock legends The Rolling Stones have threatened legal action against Donald Trump for the US president's use of their song "You Can't Always Get What You Want" at campaign rallies.

The band has appointed performing rights organisation BMI to try to stop him using the song, according to a statement given to US website, Deadline, overnight Saturday.

"The BMI have notified the Trump campaign on behalf of the Stones that the unauthorised use of their songs will constitute a breach of its licensing agreement," read the statement, which was retweeted by the Rolling Stones official Twitter account.

"If Donald Trump disregards the exclusion and persists then he would face a lawsuit for breaking the embargo and playing music that has not been licensed."

The letter is the latest in a campaign to stop Trump using the song at rallies which dates back to 2016.

It was initially played at Republican party primaries.

The BMI added that it has not yet received any response from lawyers acting for Trump.

The Stones are not the first major act to call on the president to stop using their songs.

Earlier this month, the family of rock musician Tom Petty issued a cease and desist letter over Trump's use of "I Won't Back Down" at a rally in Tulsa on June 20.

His family posted an open letter on Twitter saying the late singer "would never want a song of his used for a campaign of hate".

Queen complained when Trump walked on stage to their anthem "We Are The Champions" during a Republican Party event in Cleveland, Ohio, in the run-up to the 2016 presidential election.

Pharrell Williams, Rihanna, Aerosmith, Adele, Neil Young and the estate of singer Prince have all hit out after the use of songs by Trump.

Buckley sang the song in the original Broadway production of "Cats" in the early 1980s.

Written by frontman Mick Jagger and guitarist Keith Richards, it was voted by Rolling Stone magazine as one of the 500 greatest songs of all time.