Hillary Clinton reflects on her defeat to Trump in new memoir 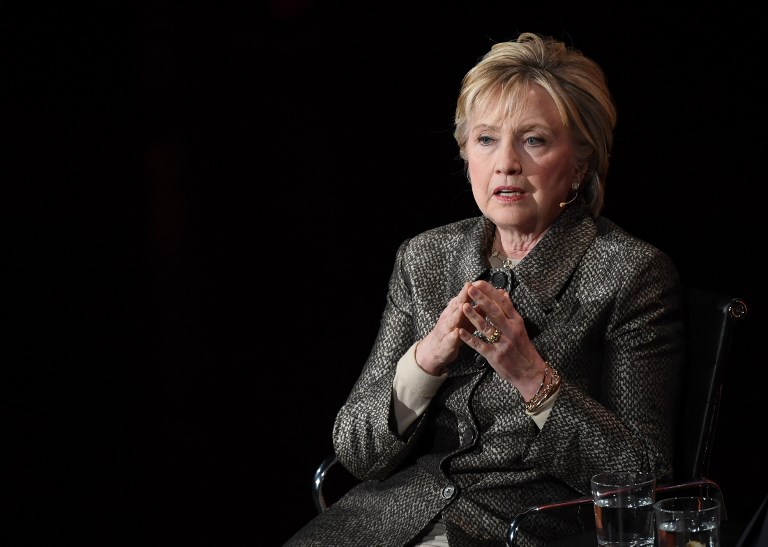 This file photo taken on April 06, 2017 shows former US Secretary of State Hillary Clinton speaking at the Eighth Annual Women in the World Summit at the Lincoln Center for the Performing Arts in New York City.

WASHINGTON DC – Hillary Clinton is not going away quietly after her “aching” loss to Donald Trump last November.

The 2016 Democratic nominee releases her new campaign confessional "What Happened" on Tuesday, coinciding with the launch of a book tour intended not only to drum up sales but perhaps re-establish Clinton as a prominent figure in US politics.

In her memoir the 69-year-old assumes her share of responsibility for her shock loss.

"My mistakes burn me up inside," she writes of her topsy-turvy presidential campaign.

But the former secretary of state and political survivor, who in a quarter century in public life rarely gave the country a personal peek behind her professional veneer, shows a vulnerable side in her book as she describes her post-campaign funk.

She admits that not a day goes by without her thinking about why she lost.

"It's going to be painful for quite a while," Clinton writes.

She also refuses to ignore the various external factors -- including Russia's attempt to sway the election, critical US media coverage, the FBI's investigation of her emails, and the strategy of her progressive rival Bernie Sanders -- that she insists helped lead to her defeat.

"None of the factors I've discussed here lessen the responsibility I feel or the aching sense that I let everyone down," she writes.

"But I'm not going to sulk or disappear. I'm going to do everything I can to support strong Democratic candidates everywhere."

Clinton jumps back into the fray Tuesday when she kicks off a 15-city tour with a book-signing in New York. She will also appear on late-night talk shows, radio and podcasts.

Pre-orders for her 494-page memoir -- in which she rips Trump as an incompetent, unworthy, sexist "liar" -- have already made it a top seller on Amazon.

When Clinton heard Trump publicly realise that resolving the North Korea foreign policy challenge was "not so easy," she write that she was "slapping my forehead" with her palm.

Clinton offers a personal account of her reckoning with the election: how she was expecting an easy victory but was "shell-shocked" on election night; how she refused antidepressants and psychoanalysis, but drank her fair share of "Chardonnay;" and how she sought refuge in her family, an alternative breathing technique and yoga.

But the prospect of the twice-defeated Clinton, first by Barack Obama in the 2008 Democratic primaries, then to Trump last year, very publicly foisting her suggestions on how to move the political debate forward has made some Democrats uncomfortable.

"I'm a lot more about how do we move forward as Democrats that can try to take back some of the folks who were clearly disaffected in 2016," Senator Mark Warner told CNN last week.
But Clinton makes clear in her book that she is ready and willing to conduct an autopsy on the 2016 election.

"People are tired. Some are traumatised" and others want to keep the focus on the investigation into Russia's election interference, she writes.

"I get all that. But it's important that we understand what really happened," she adds. "Because that's the only way we can stop it from happening again."