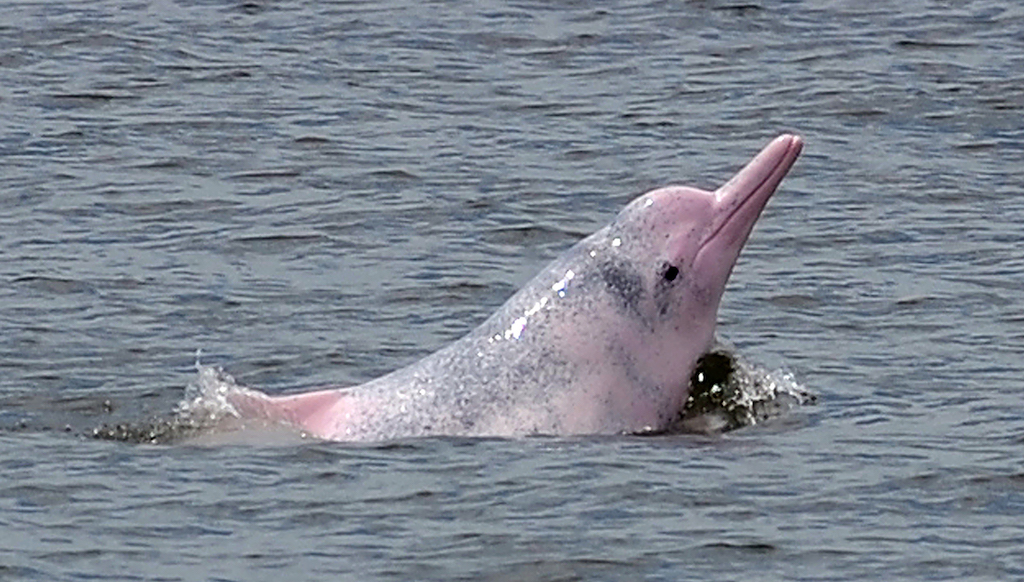 HONG KONG - Rare pink dolphins are returning to the waters between Hong Kong and Macau after the coronavirus pandemic halted ferries, but scientists remain deeply concerned about their long-term survival in one of the world's busiest sea lanes.

The population has fallen by 70 to 80 percent in the past 15 years in what is one of the world's most industrialised estuaries.

But this year their numbers have bounced back -- and they have the pandemic to thank.

Ferries between Hong Kong and Macau have been suspended since February, providing local marine scientists an opportunity to study how the mammals have adapted to the "unprecedented quiet".

"We're seeing much larger group sizes as well as much more socialising, mating behaviour, which we hadn't really been seeing for the last five years or so," said Dr Lindsay Porter, a Hong Kong-based marine scientist.

According to Porter's research team, the number of pink dolphins has increased by roughly a third in those waters since March.

"These areas seem to be important for feeding and socialising. So it's great that there's this refuge for them," added Brennan, a member of Porter's team.

Aside from heavy shipping traffic, the dolphins' key habitat has been subjected to a host of large-scale developments, including the construction of Hong Kong's airport on reclaimed land and the world's longest sea bridge connecting the financial hub to Macau and Zhuhai.

A huge new reclamation project is also underway to build a third runway for the city's airport.

According to the WWF, there are only an estimated 2,000 pink dolphins left in the Pearl River Delta -- the minimum number that conservationists believe are needed to sustain the species'.

There is a palpable fear the delta's dolphins could go extinct under the population's current trajectory.

"So they need very careful management."