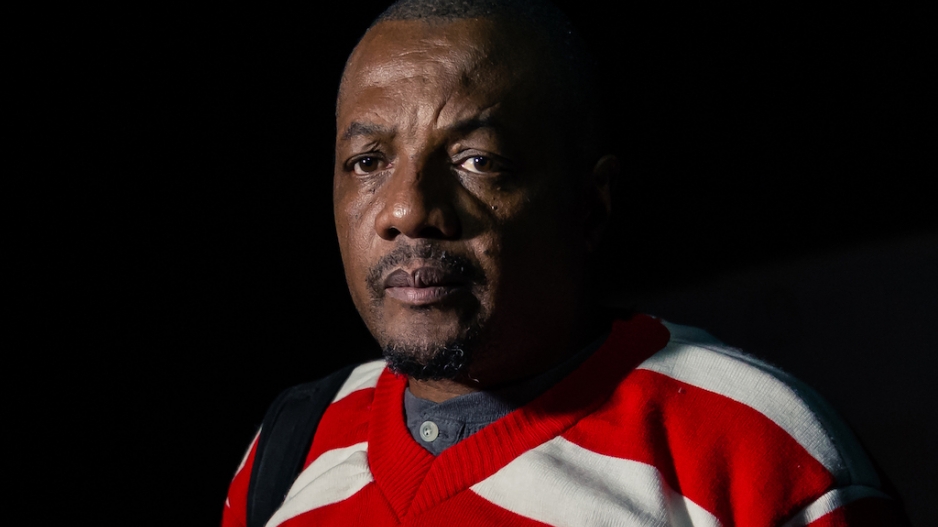 HARARE - Zimbabwean journalist Hopewell Chin'ono, jailed three times in six months for anti-government tweets, on Monday vowed to "fight" for freedom of expression in a fiery statement penned from his prison cell.

The award-winning investigative journalist landed behind bars again in November after tweeting about a gold smuggling case involving political elites.

He was jailed for a third time last week for posting a video allegedly showing a police officer beating a baby to death.

In court on Monday after a weekend in the dreaded maximum security Chikurubi prison, Chin'ono handed journalists a crumpled hand-written media statement before facing prosecutors.

"I have a choice today, to immediately apply for bail and go home, or to fight the constitutionality of the law used to charge me," said the message, penned in blue biro on a lined notebook.

"I have chosen to fight," he wrote. "If I choose to take bail without exposing the use of unconstitutional law, the same law will be used against other journalists and ordinary citizens to muzzle them."

He claims the latest charge falls under an "unconstitutional" law.

Lawyers have backed his claim, noting that the criminal code cited by prosecutors was struck down by the Supreme Court in 2014 for being "unfair".

"Constitutionally he cannot be convicted on a law that does not exist," defence lawyer Harrison Nkomo told AFP.

State prosecutors have insisted there is a legal basis for the charge as the video "undermines public confidence in the police".

The case was postponed until further notice and Chin'ono was remanded in custody.

The journalist said he was prepared to spend a "couple more weeks" in custody in the name of "the media's right to free speech".

Zimbabwe's President Emmerson Mnangagwa has grown increasingly intolerant of dissent since he took office in 2018.

Government critics and human rights advocates are easily jailed and sometimes abducted by hit-men believed to be operating on behalf of the regime.

The top lawyer had already landed behind bars in July for taking part in the protests Chin'ono promoted.

"This regime will never break my spirit," she posted. "We need new leaders."