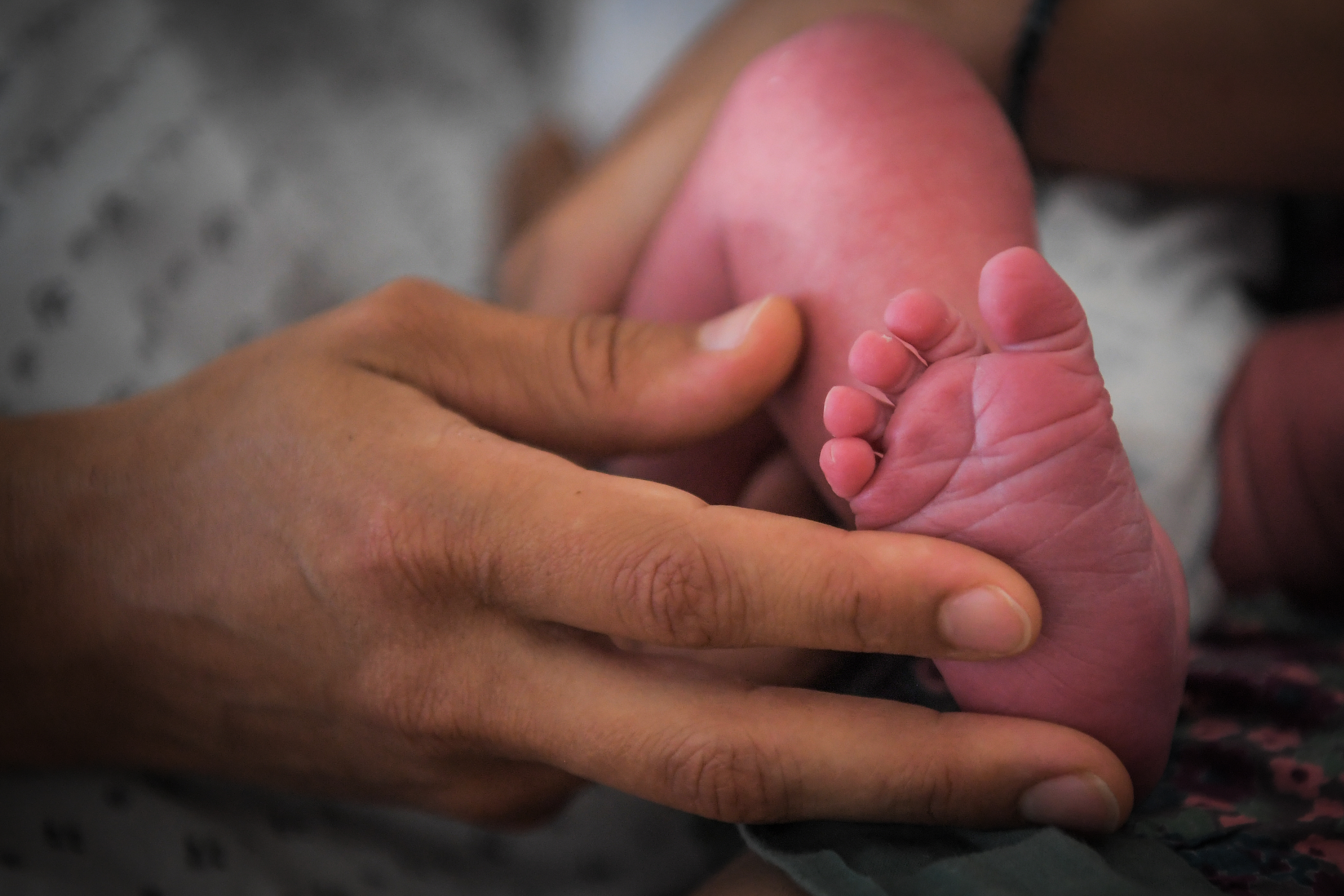 File: Researchers in California said an average of 25,000 children were born up to two weeks early during warmer than average periods in the United States between 1969-1988 -- equivalent to 150,000 lost gestational days annually.

PARIS - Hot weather can cause a spike in the number of babies being born early, a phenomenon that may harm infant health and is likely to get worse as temperatures climb due to climate change, scientists said Monday.

Researchers in California said an average of 25,000 children were born up to two weeks early during warmer than average periods in the United States between 1969-1988 -- equivalent to 150,000 lost gestational days annually.

While it is not certain why mothers appear to go into labour early as the mercury climbs, the authors of the study published in Nature Research Journals said premature births was an issue to be taken seriously.

"It is very likely that being born earlier will affect child development and have lasting impacts into adulthood, but more research is needed to confirm this," Alan Barreca, from the Institute of the Environment and Sustainability, University of California–Los Angeles.

"Hot weather increases maternal levels of oxytocin, which is a key hormone that regulates labour and delivery. But, the link could be because hot weather causes cardiovascular stress, which might lead to early deliveries," he told AFP.

Barreca and a colleague used estimate shifts in daily birth rates from US counties over a 20-year span, a sample including 56 million births.

They found that early birth rates increased by five percent on days where the temperature was above 32.2 Celsius, accounting for around one out of every 200 births.

With temperatures currently around 1C hotter than pre-industrial averages and set to increase further, Barreca said he was "very concerned" of the potential impacts of greater weather-linked early birth rates in future.

"We predict more than 1 in 100 births will occur earlier than expected in the US by the end of the century," he said.

"That number may seem small, but that's much higher than the risks of getting into a car accident."

He pointed out that while air conditioning was likely to provide mothers with protection during hot weather, the technology was energy-heavy, expensive, and largely absent in developing nations.

Andrew Shennan, professor of Obstetrics at King's College London said that while extremes of temperature have long been linked to the risk of premature delivery, the nature of that link was unclear.

"Given the wide variety of temperatures around the world, and that most women have normal pregnancies, this is unlikely to be an important risk factor for any individual," said Shennan, who was not involved in the study.