How the pharaohs influenced contemporary art 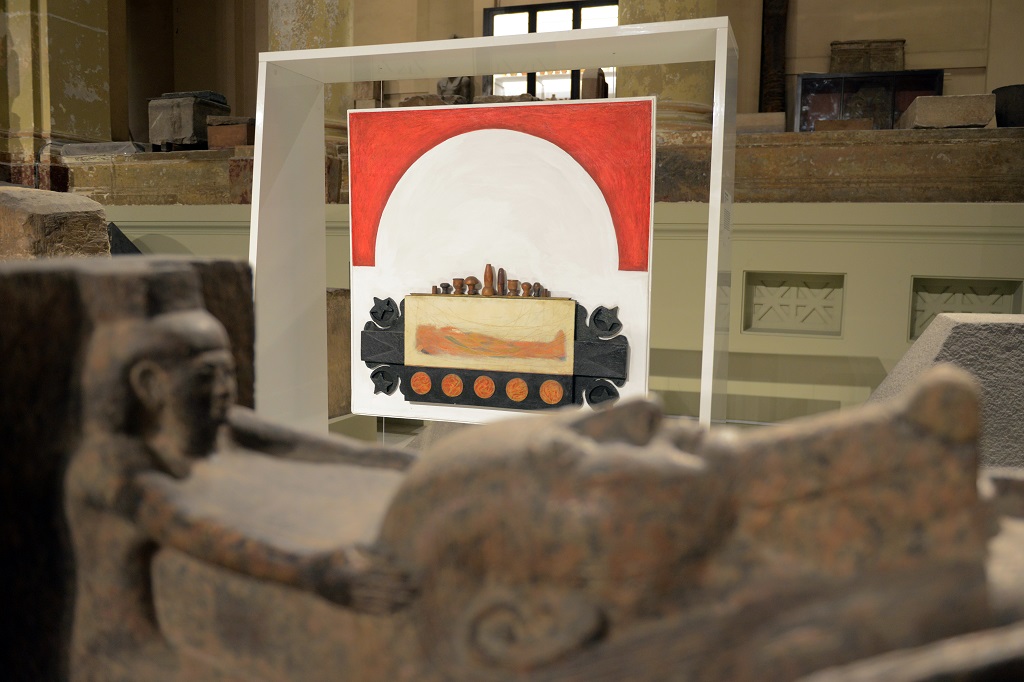 Art installations on display at the Egyptian Museum in Cairo during the "Night of Art" exhibit on October 28, 2017.

Artists, intellectuals and ambassadors from around the world attended the Saturday-night opening of "A Night with Art at the Egyptian Museum", organised by the private Art D&39;Egypte organisation.

"Contemporary art is an extension of art by the Pharaonic ancestors," he said.

The show also includes interactive seminars on ancient Egyptian art and its influences on contemporary artists.

Antiquities Minister Khaled al-Anani said it was important to preserve Egyptian heritage "because the antiquities belong to the entire world".

The ageing Egyptian museum, which is undergoing renovation, was a key tourist attraction before a January 2011 uprising toppled dictator Hosni Mubarak.

During the uprising, which was centred in Tahrir Square just outside the museum, looters broke into the building, stealing and damaging several ancient treasures.

The fall in tourist numbers prompted the museum a few months ago to open its doors at night in the hope of attracting new visitors.

Among its best-known exhibits are a golden funerary mask and other artefacts from the tomb of 18th dynasty Pharoah Tutankhamun.

His belongings are among exhibits set to be transferred to the Grand Egyptian Museum, a new facility currently under construction near the Giza Pyramids.

Anani said the facility should open at least partially before the end of 2018.