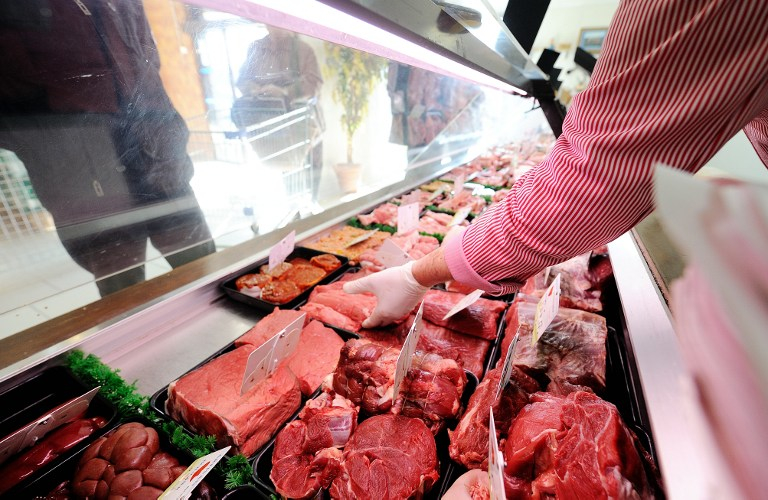 File: The process of "regularising" beef makes it hard for buyers to ensure their supply chains are
deforestation-free - one reason widespread forest loss continues, researchers said in a study looking
at how environmental crimes in the Amazon basin are often inter-related.

BRASILIA - A share of the cattle supplied to Brazil's markets are fattened on illegally deforested Amazon land.

To conceal that fact from buyers, the animals often are passed through many hands and holdings before being sold, Brazilian researchers said.

READ: Brazil's Bolsonaro claims NGOs may be burning the Amazon

That process of "regularising" beef makes it hard for buyers to ensure their supply chains are
deforestation-free - one reason widespread forest loss continues, researchers said in a study looking
at how environmental crimes in the Amazon basin are often inter-related.

To disrupt the activities of such networks, and prevent illegally sourced products flooding global markets, making the connections clear is vital, said Ilona Szabó, executive director of the Igarapé
Institute, a Brazilian think-think that published the study this week.

"This includes shining a light not just on crime groups and shady business but also the corrupt
government officials - including police, notary clerks, customs officials, and politicians - who facilitate
the business," Szabó said in an interview with the Thomson Reuters Foundation.

To track the regional and national networks that drive environmental crime across the Amazon,
researchers have teamed up with Interpol, InSight Crime - a non-profit journalism and investigation
organization - and other partners, Szabó said.

The effort looked first at Brazil, Colombia, and Peru, and was later extended to Bolivia, Ecuador,
Guyana, Suriname, and Venezuela, the study noted.

What researchers found is that illegal activities in the Amazon basin often interact in problematic ways
and can have multiple environmental impacts.

As part of the effort to better track and respond to such illegal activity in the Amazon, researchers are
creating a live digital map of incidents, to try to better identify patterns and overlaps.

The tool, which will rely on remote sensing as well as field visits, should be ready next July, they said.

"The end goal is to create a publicly available tool that can shine a light on crime in the supply chain,
targeting asset managers, investment banks, ESG (environmental, social and corporate governance)
investors, pensions funds, and consumers who are demanding action,&quot; Szabó said.

Fighting environmental crime in the Amazon basin - spread across a range of countries - can be
difficult because of a lack of international cooperation, said Adriana Abdenur, one author of the study.

"The Amazon is a profoundly international space," said Abdenur, co-founder of Plataforma Cipó, an laboratory of climate and governance ideas.

An Amazon Cooperation Treaty between eight Amazonian countries, which dates back to 1978, aims
to promote "harmonious" development of the region and human well-being.

But it and other agreements "are not being used effectively to promote international cooperation for
the region," Abdenur said.

According to MapBiomas, an organization that investigates and validates deforestation alerts in Brazil,
more than 90% of all forest loss in the Amazon basin is illegal.

And the situation is worsening, the group said, with deforestation in Brazil rising more than 34% in the
12 months through July, compared to a year earlier.

In Bolivia, fires in 2019 created a rate of forest loss 80% higher than in any previous year, according
to the World Resources Institute (WRI).

Colombia similarly saw high rates of deforestation last year and has lost hundreds of thousands of
hectares of forest over the past decade, WRI noted.

Such rapid loss of carbon-absorbing forests is helping drive worsening climate impacts that threaten
hundreds of millions of people in South America who rely on the forest to produce rainfall that
supports the region's food security, Szabó said.

Low levels of regional cooperation in addressing environmental crime are the result of a lack of trust
among governments in the region - and the fact that some officials benefit for illegal activities, Szabó
said.