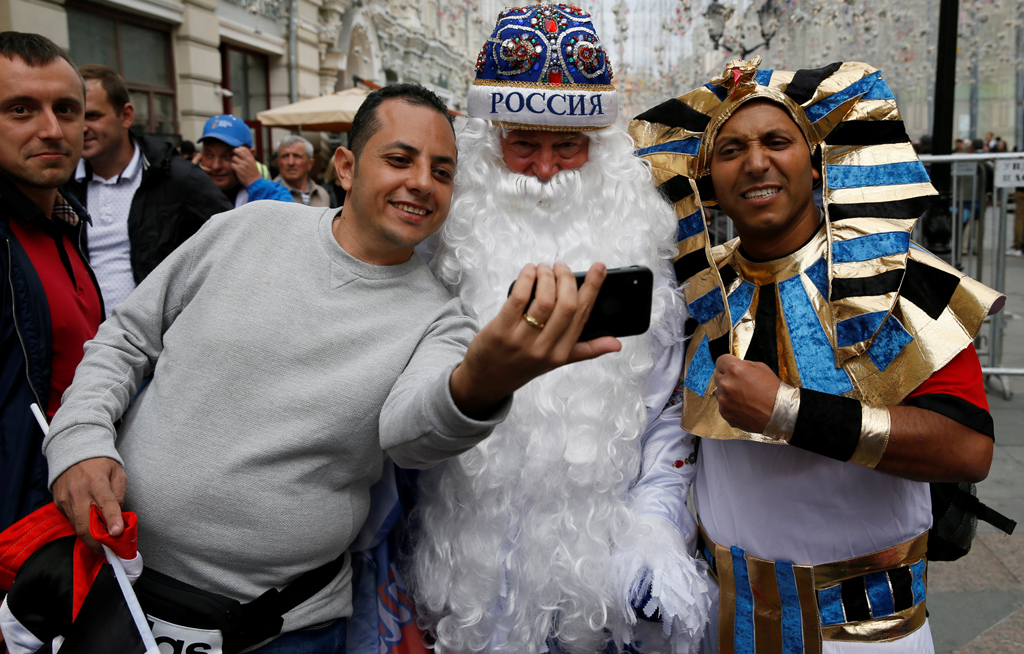 Supporters of the Egyptian national soccer team take a selfie with a street performer dressed as Father Frost, the Russian equivalent of Santa Claus, on the eve of the 2018 FIFA World Cup in central Moscow, Russia June 14, 2018.

The 15-minute show produced by Russia&39;s state Channel One broke from World Cup tradition, focusing on musical acts including a performance of Pyotr Tchaikovsky in front of full stands at the capital&39;s main Luzhniki stadium.

Iker Casillas and Russian supermodel and philanthropist Natalia Vodianova brought the World Cup trophy onto the pitch in a Louis Vuitton travel case.

Robbie Williams performed hits "Let Me Entertain You" and "Rock DJ" accompanied by dancers and freestylers.

He was joined in a duet by Garifullina, a soloist from the Vienna State Opera, who entered the pitch on a firebird, singing Williams&39; hit song "Angels".

The opening ceremony was followed by a match between the host team and Saudi Arabia.