IN TWEETS: No mercy for Messi as Twitter gets messy 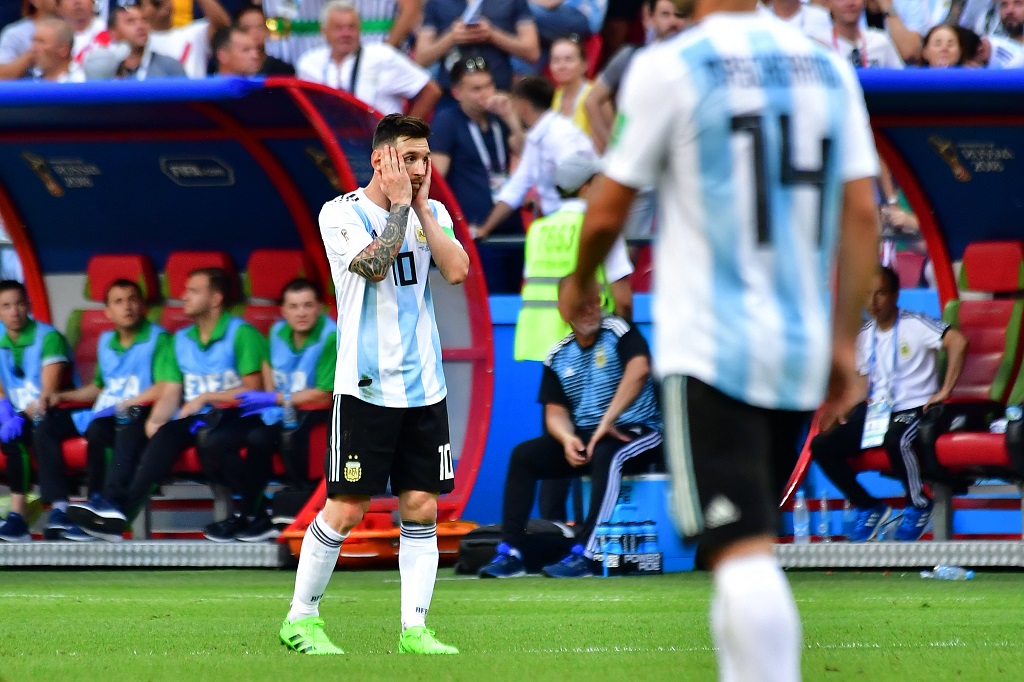 Argentina's forward Lionel Messi reacts to France's third goal during the Russia 2018 World Cup round of 16 football match between France and Argentina at the Kazan Arena in Kazan on June 30, 2018.

JOHANNESBURG – Social media was abuzz on Saturday afternoon following France’s 4-3 victory against Argentine with the subject of the day being Lionel Messi.

Messi when he retires from Argentina and goes back to Barcelona.pic.twitter.com/UTsRLEexjK

The Barcelona forward did not have a good campaign in Russia, culminating in his team experiencing a spectacular crash out of the World Cup at the hands of France.

Speculation is rife that he might opt to retire from international football after the France game.

If he does indeed retire, his great career would see him without an international trophy following a 1-0 loss to Germany in Brazil four years ago.

OFFICIAL: Argentina and Lionel Messi are OUT of the WorldCup ARG pic.twitter.com/tKZ9Hr4mq3

Messi has already lost the three finals in the Copa America.

He retired from international football in 2016, only to reverse his decision ahead of this year’s World Cup qualifying games.

Cristiano’s fanboy sent Lionel Messi back to his retirement. pic.twitter.com/oovISbLudn

As the “Little Napoleon” failed to inspire his team past France Twitter was having a field day.

However, there are some who went all out to defend Messi as the Messi/Ronaldo debate intensified.

Thank you Lionel Messi for being more than a player. You’re always be the greatest of all time because your integrity and passion is truly an example to set for myself. We’ll be watching you in the next big stage. pic.twitter.com/42Fa9iZouu

Lionel Messi has now failed to score in any of his eight appearances at the knockout stages of the WorldCup:

The dream is over. pic.twitter.com/IQVdePyb2X