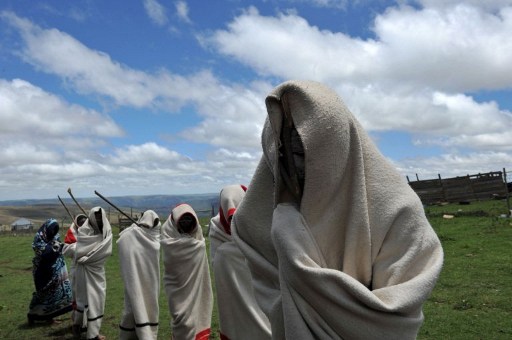 File: Xhosa initiation film about homosexuality has been shortlisted for best Foreign Language Film at the Oscars. Photo: AFP

JOHANNESBURG – Two South African films were on the cusp of making a final cut to the Oscar nominations, in the end, only one made it with the other one snubbed and leaving fans frustrated.

South African film Inxeba “The Wound” on Tuesday missed out on making a cut to the 90th Academy Awards list of nominees for the Oscars.

READ: And the Oscar nomination goes to... not James Franco

Fans were left perplexed at the controversial film not making it to the category for the “Best Foreign Language Film.”

The film which tells a story about a young gay man Xolani going to remote Eastern Cape for initiation. Kwanda&39;s struggle to say “Ndiyindoda” (I’m a man) is accepted conviction, resulting in him being labelled soft and his secrete later on coming to light.

The Wound/ Inxeba did not make the cut for Foreign Language film in the Oscar race - but there&39;s still no excuse to miss it&39;s release February 2 in South Africa pic.twitter.com/Mfk5mqIKVx

The film has already won 19 international awards had fans reeling for the Oscar award.

Upon news that the film did not make the final cut fans, took to twitter expessing their disapointment.

Event though it didn’t get an Oscar nomination. I still want to Congratulate Inxeba for making the shortlist. The film is the most awarded South African film with 19 awards across the globe.

However, a Cape Town based film Revolting Rhymes made a final cut to the category for the "Best Animated Short Film".

Oh yes,sweetheart...with or without the oscar nomination some of us are still behind Inxeba and we will be filling up the cinemas on the 2nd of February...?--

The film is an adaptation of Roald Dahl and Quentin Blake’s book of surprising fairytales. It is produced by Magic Light Pictures and animated at Magic Light’s Berlin studio and Cape Town’s Triggerfish Animation.