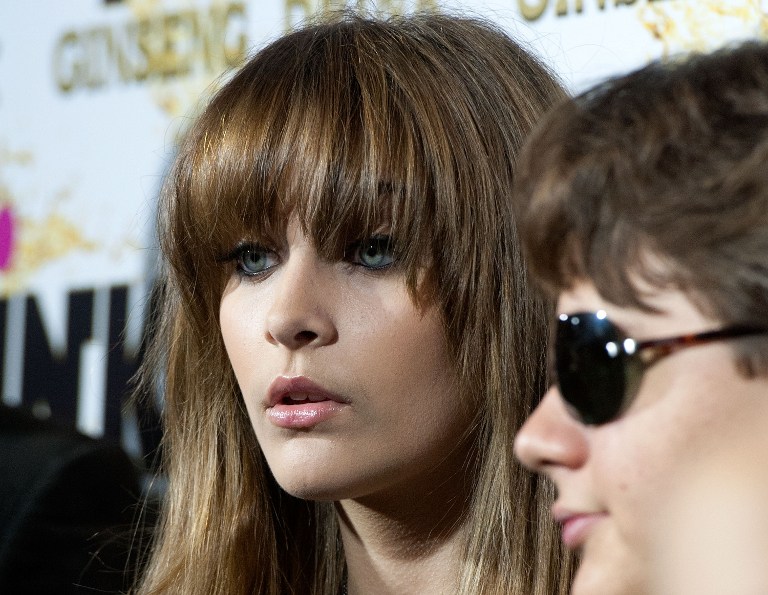 Los Angeles - Michael Jackson&39;s daughter Paris was rushed to a California hospital early Wednesday after a possible suicide attempt, celebrity news website TMZ reported.
A sheriff&39;s spokesman said officers had responded to a home in Calabasas near Los Angeles, where Jackson lives, over a "medical situation," but refused to confirm the identity of the person taken to hospital.
The 15-year-old had tweeted a few times late Tuesday, including: "yesterday, all my troubles seemed so far away now it looks as though they&39;re here to stay" and "i wonder why tears are salty?"
TMZ cited unidentified sources as saying it was a suicide attempt, explaining she was taken out of her Calabasas family house on a stretcher, after a 911 call reporting a possible drug overdose.
A source connected to the emergency response told TMZ there were multiple cuts on her wrists. She was "doing OK" in hospital later Wednesday, the celebrity news service said.
Los Angeles County Sheriff&39;s Department spokesman Steve Whitmore said, "At 1:27 this morning, sheriff&39;s deputies responded to [an address in Calabasas] for a medical situation.
"Medical support was offered, and a patient was transferred to an area hospital," he said, adding that he could not by law identify the person involved.
A source close to Paris told TMZ - which famously broke the news of Michael Jackson&39;s death in June 2009 - that she has "tried this in the past.
"This was far more serious. It was not a cry for help," said the source.
Paris - Jackson&39;s middle child, along with older sibling Prince and younger brother "Blanket" - has made a start in the entertainment industry, starring in a film "Lundon&39;s Bridge and the Three Keys," in development.
Her grandmother Katherine is currently in court in Los Angeles, suing the promoters of Jackson&39;s last doomed tour for negligently hiring doctor Conrad Murray, who was convicted in 2011 of involuntary manslaughter over his death.