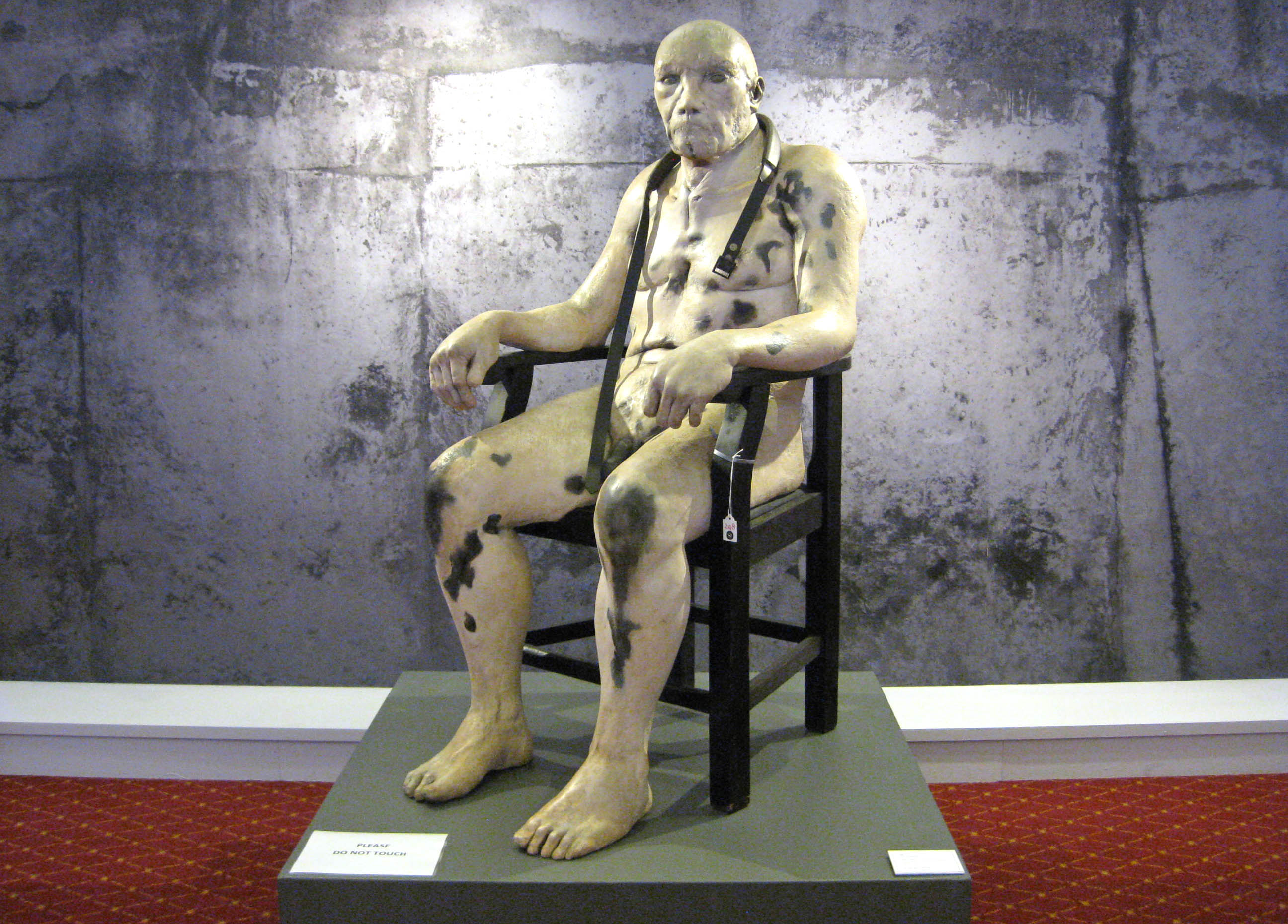 Jane Alexander's sculpture "Untitled" sold for a record R5.5 million, after a bidding war between three buyers pushed the sale price up from an estimated R2-3 million at an auction on 11 November 2013.

JOHANNESBURG - About two decades ago, a struggling student took a year to pay off a few hundred rands in pocket money towards it. But on Monday the same artwork by renowned South African sculptor Jane Alexander sold for almost R5.5-million at an auction.

According to auctioneers Strauss & Co, the sale of item 248 broke the record for South African sculpture and contemporary art.

Untitled, which is a companion piece to the famous Butcher Boys, had an estimated pre-sale value of R2 to R3-million.

Art specialist Emma Bedford has intimate knowledge of Alexander’s repertoire from her time at the Iziko National Gallery in Cape Town, which houses Butcher Boys.

Bedford told eNCA.com that "there was no precedent" when it came to estimating the value of the artwork.

Bedford said researching the prices of other works similar in scope and importance, as well as considering the status of the artist, assisted the process.

Prior to the auction, a great deal of hype had surrounded Untitled because of the story behind its owners.

According to Strauss & Co the owner had purchased it as a student at Wits University, where it was featured as part of Alexander’s Masters installation in the late 1980s.

After the seller tracked down the artist, she bought Untitled for a few hundred rand, which was paid off in installments.

"From the moment Untitled came through Strauss & Co’s doors, we knew it was going to generate tremendous interest," said the auction house’s managing director Stephan Welz.

"Works by Jane Alexander rarely appear at auction and it was a great privilege for Strauss & Co to handle a work of such great quality and historical significance."

Another piece from Alexander’s seminal Masters collection, West Coast African Angel, was also on offer and sold for R682,080.

Jane Alexander’s works are interpreted as challenging the status quo. The distorted figures, sometimes a combination of man and beast, explore the notion of “otherness”.

Her seminal 1988 Masters in Fine Arts collection – which featured the infamous Butcher Boys, Untitled, West Coast African Angel and other sculptures – is arguably what she is most known for.

These works were a shocking reaction to the segregation and dehumanisation that occurred during apartheid in South Africa.

The identity of the buyer has not been revealed, and one can only wonder how the artist, who almost never gives interviews or talks about her work, feels about the sale.

The auctioneers hope that the new owner allow Untitled to be housed at a South African gallery where as many local enthusiasts as possible can appreciate it.