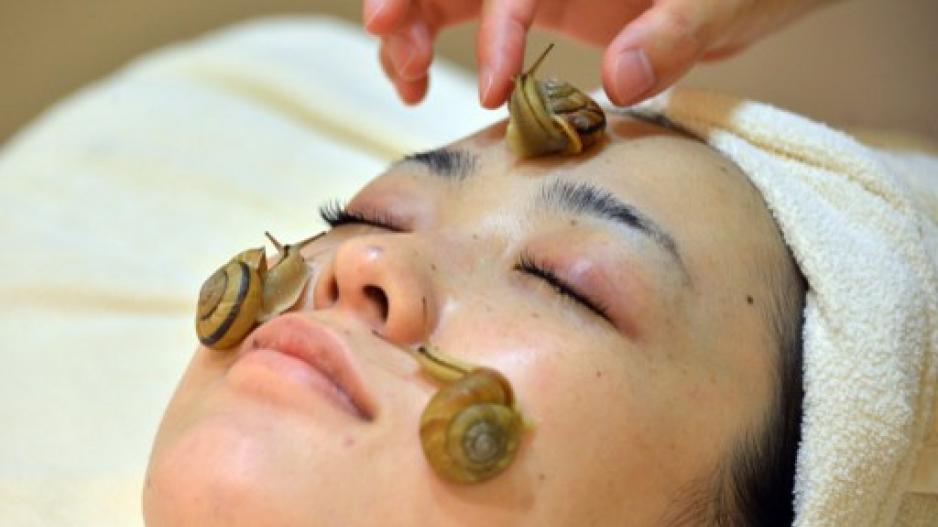 Snails crawls on the face of a woman for the demonstration of a new beauty treatment.

TOKYO - Having live snails crawling on your face sounds like the thing of nightmares, but in Japan one company is hoping people will be prepared to pay for it.

Starting Monday, women who want to slough off dead skin, clear their pores or roll back the years can submit themselves to five minutes of mollusks.

"Slime from snails helps remove old cells, heal the skin after sun burn and moisturise it," said Manami Takamura, a spokeswoman for Tokyo-based beauty salon Ci:z.Labo, as she placed three gastropods on a woman&39;s face.

"In this way, you can have 100 percent pure snail essence directly on the skin."

Snail slime is believed to have an anti-ageing effect on human skin, and some cosmetics are already sold with essence of escargot.

But Ci:z.Labo beauty salon is going one step further in what it says is the first live snail treatment in Japan.

As part of the salon&39;s "Celebrity Escargot Course" customers will get five minutes of snail therapy, along with massage and other facial treatments.

Sayaka Ito said she had found the treatment so relaxing that she had almost fallen asleep.

"You can feel the snails moving on your face. At first, it is surprising, but it&39;s actually rather nice," she said.

"My skin really does feel smooth and moist."