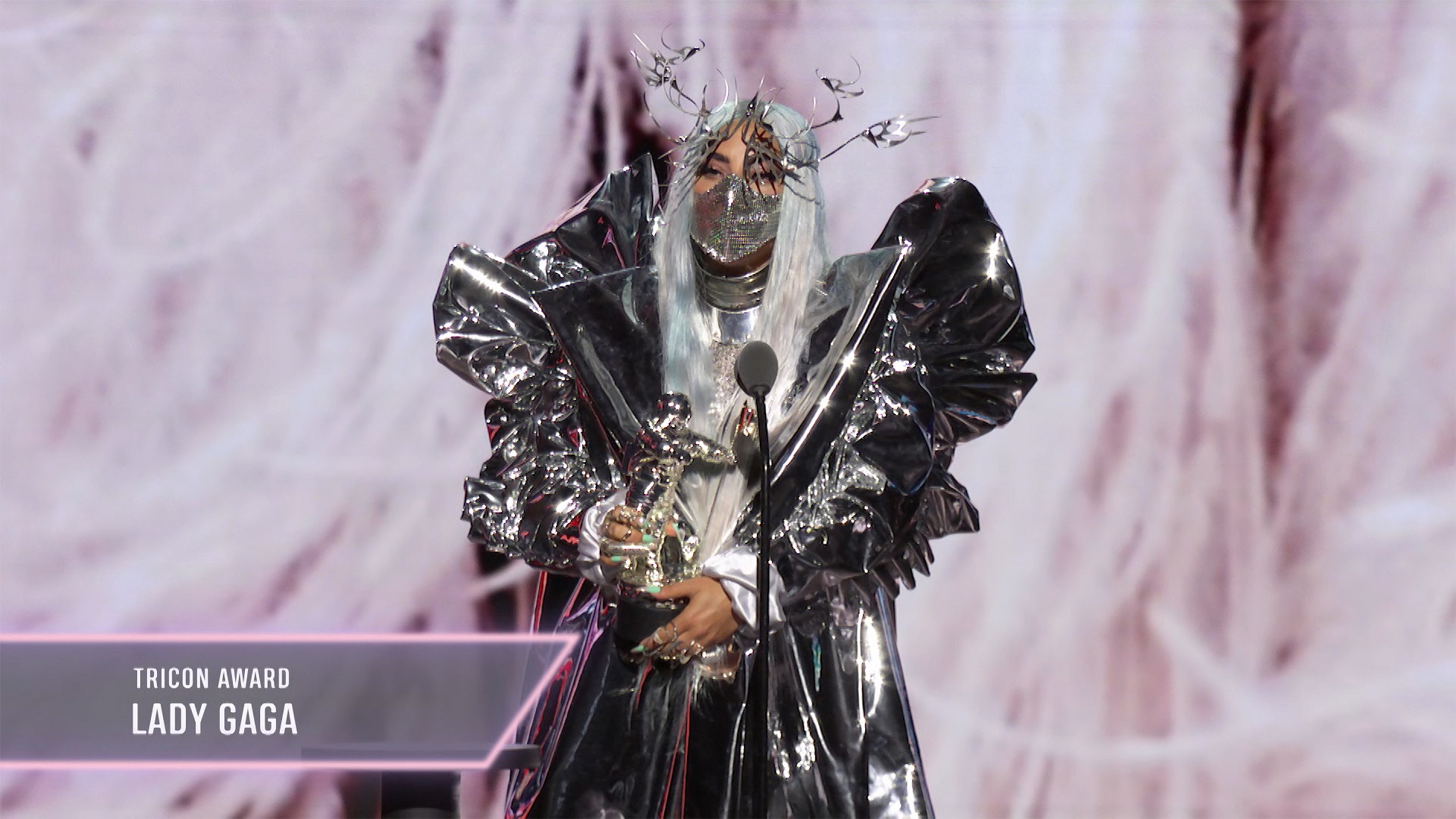 Host Keke Palmer, known for her role in last year's film "Hustlers," opened the show with an emotional cold-open paying tribute to actor Chadwick Boseman, who just died after of cancer.

Canadian R&B singer The Weeknd -- whose wins included the coveted Video of The Year -- then launched into a performance of the hit "Blinding Lights" atop a viewing deck protruding off a Manhattan skyscraper, 1,000 feet in the air.

Lady Gaga took home trophies including Artist of the Year and Song of the Year for "Rain on Me," her collaboration with Ariana Grande.

The 34-year-old also won the show's inaugural "Tricon Award," which recognises an artist who is highly accomplished across three or more disciplines.

And while American pop regulars including Gaga, Grande and Taylor Swift all took home trophies, they were upset in their genre's primary category by Korean megastars BTS, which won for Best Pop for "On."

Rapper Megan Thee Stallion -- currently basking in the glow of her recent success with Cardi B for their raunchy hit "WAP" -- won Best Hip Hop for "Savage."